A video extolling China’s New Era has been playing 125 times a day on a big screen in New York’s Times Square since Monday. Produced by the China Review Studio, the one-minute-19-second video explains China’s reform and opening-up, development plans and the Chinese dream. 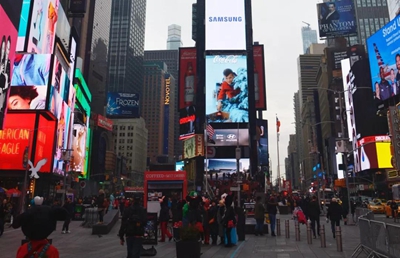 In the video, images of Shenzhen and Xiongan New Area represent the 40th anniversary of China’s reform and opening-up policy.

Photos: Screetshots of the video

The concept of coordinated development is represented by the Hong Kong-Zhuhai-Macao Bridge, a free trade zone in Sichuan Province, the Confucius Temple and Potala Palace world heritage sites, and the 1,000-household Miao Village of Xijiang. 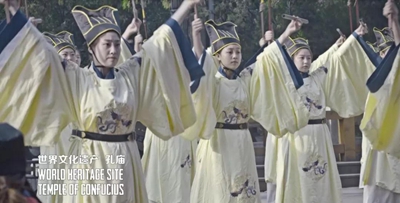 The concept of green development is represented by Sanjiangyuan (Three-river-source) National Park and Hulunbuir Grasslands in Inner Mongolia. China's first national park Sanjiangyuan was established to protect the headwaters of the Yangtze, Yellow and Lancang (Mekong) rivers. 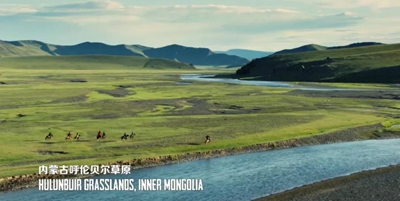 The concept of open development is represented by the G20 Summit in Hangzhou, the BRICS Xiamen Summit, the Communist Party of China in Dialogue with World Political Parties High-level Meeting, Schwarzman Scholars at Tsinghua University, the Asia Infrastructure Investment Bank, Silk Road Fund, and Khorgas port in Xinjiang. Designed to inspire the next generation of global leaders, Schwarzman Scholars receives applicants from different countries around the world. 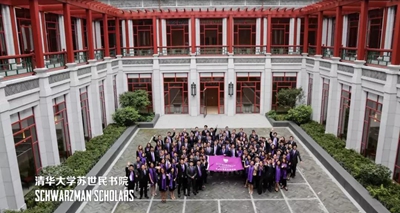 The concept of shared development is represented by Xiangxi, where targeted poverty alleviation began in 2013. 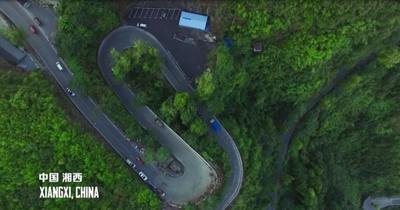 The video ends with an image of people rowing boats, representing the pursuit of Chinese dream. 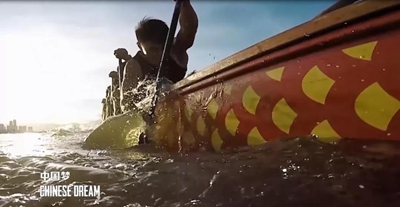