Su-35 fighter jets flew over the Bashi Channel in formation with the H-6Ks for the first time, which marks a new breakthrough in island patrol  patterns, said Shen Jinke, spokesperson for the PLA air force.

Two groups of H-6K bombers started the training simultaneously from both north and south of Taiwan island, with one group flying clockwise and the other going counter-clockwise.

The air force will continue to carry out island patrols involving multi-type combat aircraft in accordance with an established plan, Shen said.

"The air force has the resolve, the confidence, and the ability to safeguard national sovereignty and territorial integrity," Shen said. 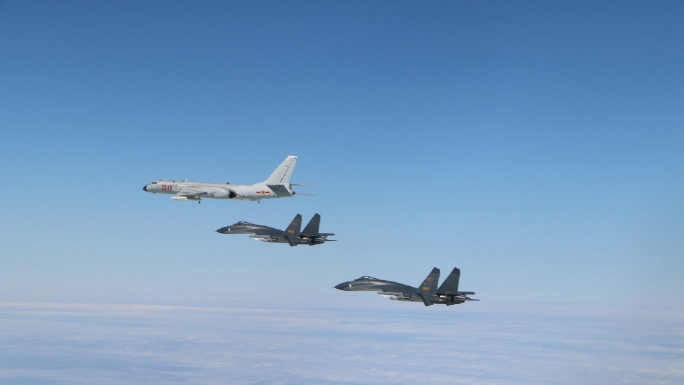