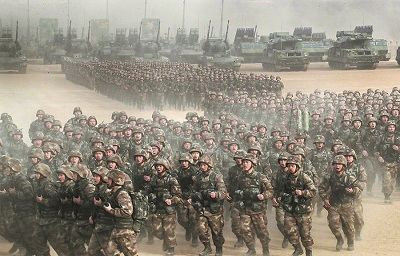 The video begins with Chinese President Xi Jinping addressing a grand ceremony at a shooting range that marked the start of the military’s annual training activities on January 3.

President Xi, also chairman of the Central Military Commission, urged the military to continue to improve its combat-ready training so it will be able to win modern wars. He told the People's Liberation Army (PLA) and Armed Police Force to focus on operational training, to treat it with a strategic perspective and to make sure that such training is effective.