A driver had a lucky escape after falling snow, pushed by a plow, broke the windshield of his car on Sunday in Michigan. 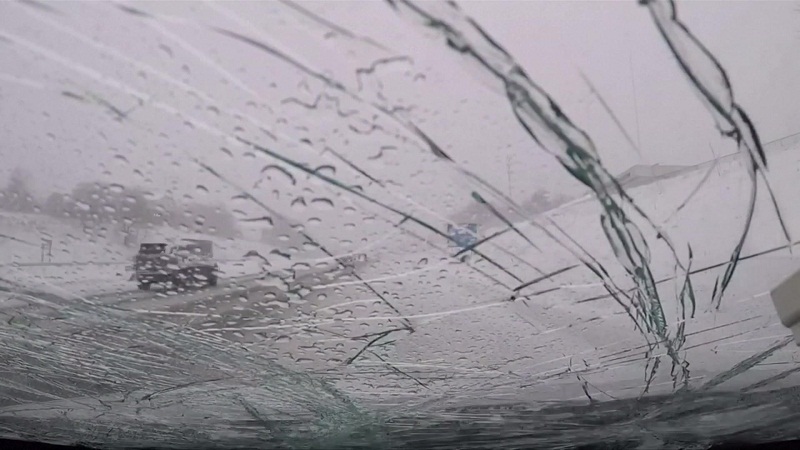 Kevin Hoffer was driving on the US-131 near Kalamazoo under an overpass the same time a snow plow was clearing the road above, pushing ice and snow onto his car.

Koffer was not injured and the accident was recorded on his car's dashboard camera.

As much as 13 inches of snow fell in the Chicago area over the Thanksgiving holiday weekend, and around 13,000 homes and businesses in Illinois, Indiana and Michigan were without power on Tuesday, power companies said.

Local media reported it was one of the largest November storms on record.