Greek workers walked off the job on this week demanding an increase in the minimum wage and tax cuts after years of harsh austerity. 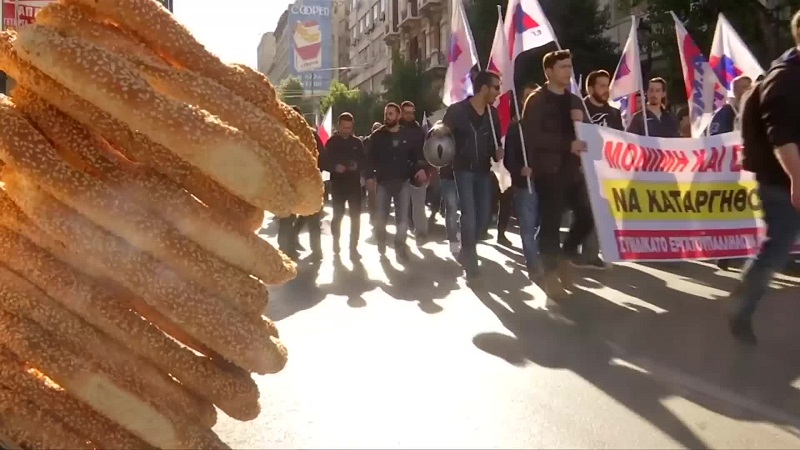 This is the second major walkout within weeks — organized by Greece's largest public sector union.

Workers and pensioners united in anger at the austerity they say still makes them suffer.

For analysts, growth in positive territory for six straight quarters and a rising property market give hope for an economy on the mend.

This improvement comes as a recovering euro zone — and its central bank — grapple with their own policy dilemmas.

A slowdown across Europe that many fear is coming is the last thing Greece wants.

Greece’s leaders have based pledges of easing the burdens on common people on a bumper budget surplus target which could soon shrink.