Launched at the City Wall of Xi’an, the drones taking part in the challenge were provided by EHANG Egret, a drone manufacturer in China. The show was awarded  the Guinness World Record title for "Most Unmanned Aerial Vehicles (UAVs) airborne simultaneously," breaking Intel’s previous record of 1,218 drones at the  PyeongChang Winter Olympics.

Guinness World Records issued the certificate to the City Wall of Xi’an and EHANG Egret after two days of deliberation on May 1, the May Day Festival.

During the 13-minute show, the drones took off from the narrow and long city wall, creating a huge curtain of lights measuring over 1,200 meters in length and 100 meters in width. The display could be seen 260 meters above the wall. 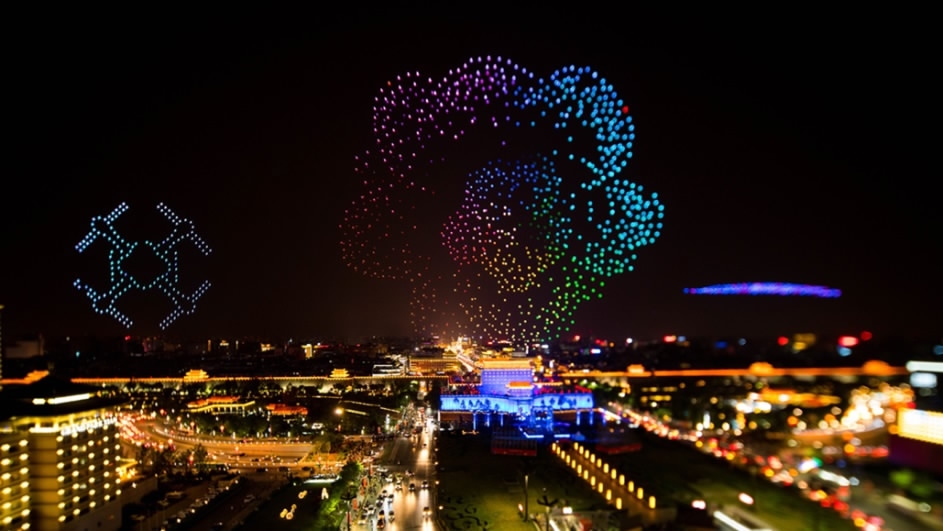 Sixteen patterns and Chinese traditional icons such as the Xi'an City Wall, the Silk Road, and the number 1374 were created by the fleet during the light show.

"We have 1,374 drones for the show, each additional drone adds more difficulty," Shi Zheyuan, CEO of EHANG Egret, told CGTN before the show.

"Precise localization is crucial to the show, if one drone went off its route and collapsed with those around it, the show would be ruined," Shi said. "Signal interference from the mobile devices of over 100,000 live audience members also adds difficulty to the challenge." 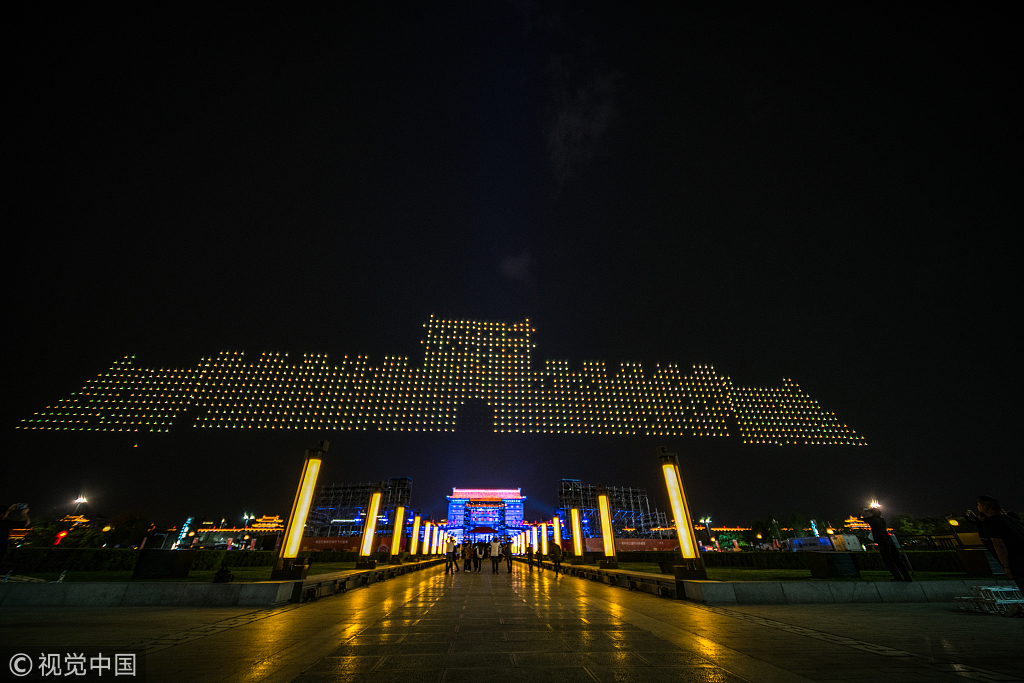 According to Guinness World Records notary Wu Xiaohong, the record is based on the number of drones airborne simultaneously. All drones must be standard, fixed wings are not accepted. The maximum weight of each drone is 20 kilograms.

"All the drones must be in the air simultaneously for more than one minute," said Wu. "During that minute, if any drone can't perform the job, that drone will be deducted from the total number."

China has a leading role in the global drone market in both innovative technology and business applications. Thanks to Chinese companies like DJI, XAIRCRAFT and EHANG, drones are active in various fields such as photography, agriculture, and delivery both in and outside of the country.

A mixture of technology and culture

The 1,374 drones represent the lengths of the 13.74-kilometer City Wall of Xi'an, which is the largest and best preserved ancient city wall in the country. 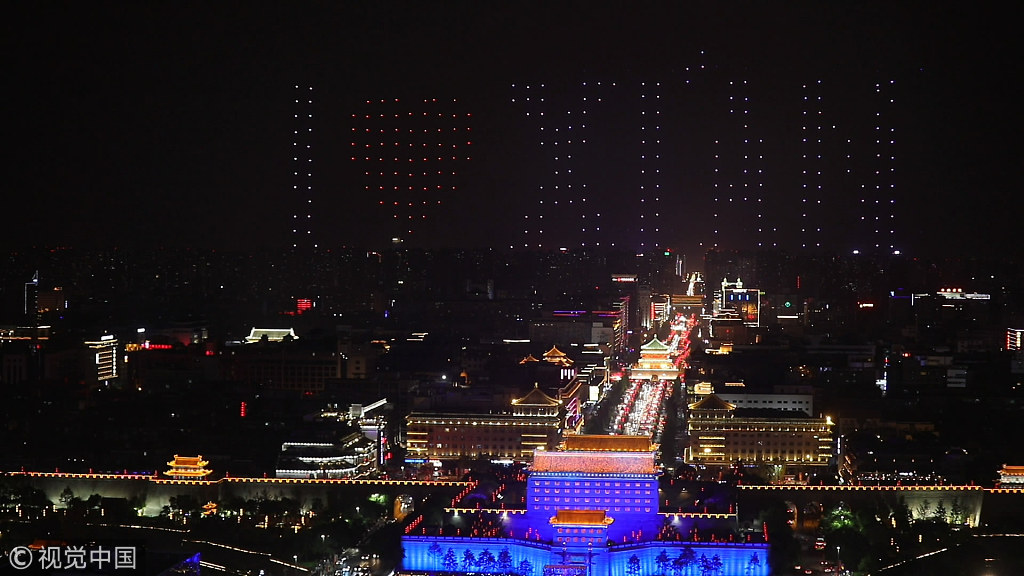 The fleet also symbolizes the 74 countries joining China's Belt and Road Initiative, with Xi'an historically being the starting point to the western world via the Silk Road.

According to Shi, the drone light show will be performed regularly above the City Wall of Xi'an. "Besides embracing the rich history and culture of Xi'an, visitors can also experience the charm of technology," said Shi.