Head coach Diego Maradona and his Sinaloa Dorados squad celebrated together Saturday night after they advanced to the final of the Ascenso MX, the Mexican second division league. 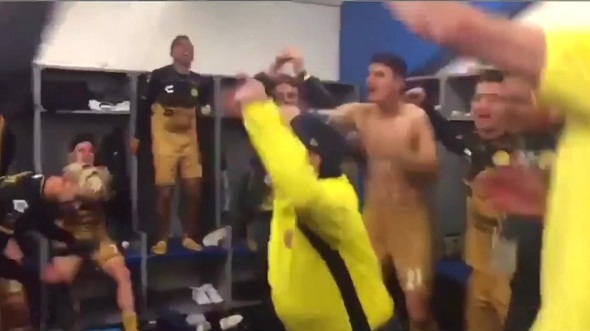 Maradona's team actually lost the match in Ciudad Juarez 1-0 but won the first match at home 2-0 and advanced on 2-1 aggregate. The loss Saturday was the club's first since September.

The Sinaloa Dorados now await the winner of the other semi-final, Atletico San Luis or Atlante, who play their second match later on Sunday local time.