TRENDING Hop aboard the Belt and Road"express train"

Hop aboard the Belt and Road"express train"

Three years after the first cargo train embarked on its adventure from Yiwu, China’s most famous commodities center, to Madrid, nine routes to Europe have been established for the intercontinental rail freights, which have become a carrier of Sino-European trade and communication.

Linking Zhejiang’s Yiwu, the world’s largest wholesale market for small consumer goods, with the European commodity center of Madrid, the Yiwu-Madrid freight route was launched in 2014. It has seen 264 intercontinental trips so far, carrying 21,536 twenty-foot equivalent units. As of press time, the route has covered 8 countries, including Russia, Poland and France, boosting foreign trade in east China’s export powerhouse of Zhejiang.

The booming intercontinental transportation has led to strong economic growth in Yiwu. The city’s total value of imports and exports has reached 48.88 billion yuan ($7.08 billion) in the first quarter of 2017, growing 23.72 percent year on year. Over 1.8 million kinds of commodities have been exported from Yiwu to 219 countries and regions in the world, according to Xinhua News Agency. 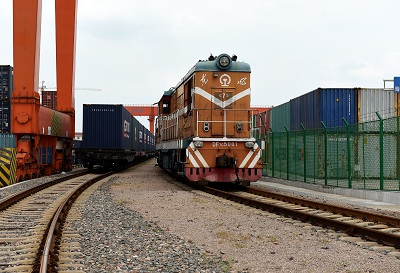 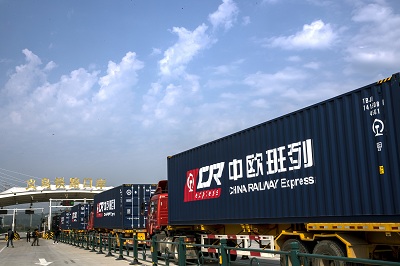