A camera set near the scene by the 26-year-old victim captured the last moment of him.

In the video, Wu took his first attempt by hanging himself outside the building and making pull-ups. Later on his second attempt, he seemed to find it hard to make pull-ups as before and could hardly support himself through his feet against the surface of the building.

After about 20 seconds of struggling, Wu lost his grip on the edge of building and fell from the top of the skyscraper with a scream.

His death has raised debate on China’s social media.

Some admire his courage and attitude toward challenging the extreme, expressing their sympathy on the young man who was reportedly doing the risky performances only to raise money for his sick mother, while many others blame him for not taking his life seriously.

Here are some pictures Wu posted on his Weibo account before: 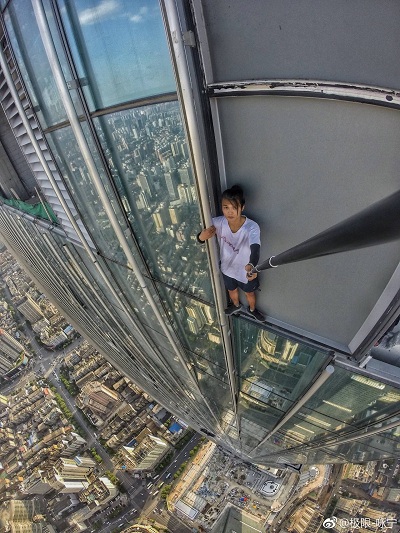 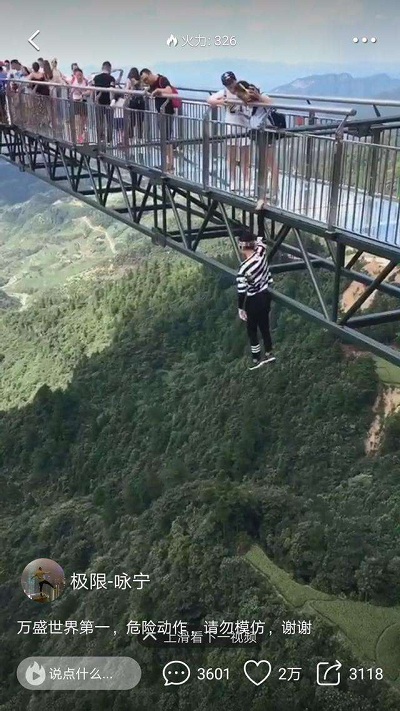