TRENDING Learning to Be Human: Beijing hosts the 24th World Congress of Philosophy

Learning to Be Human: Beijing hosts the 24th World Congress of Philosophy

On the morning of August 13, 2018, the opening ceremony of the 24th World Congress of Philosophy was held in the Great Hall of the People, Beijing, China. This is the first time that the world's largest philosophical congress with more than one hundred years of history has come to China.

It is also the first time that the theme of the congress was based on the academic framework of traditional Chinese philosophical thinking. It reflects the global philosophical community's emphasis on Chinese philosophy and its cultural values, and it highlights the growing role of China in humanities research around the world. 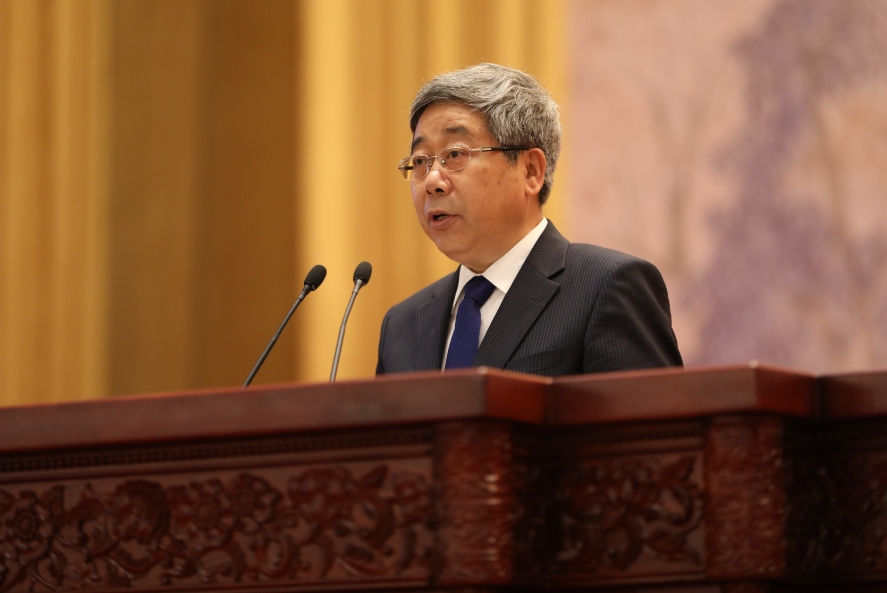 In his speech, Education Minister Chen Baosheng congratulated the convening of the World Congress of Philosophy, and expressed his sincere hope to promote mutual understanding and exchanges between philosophers and humanists, and deepen mutual understanding between China and the world. 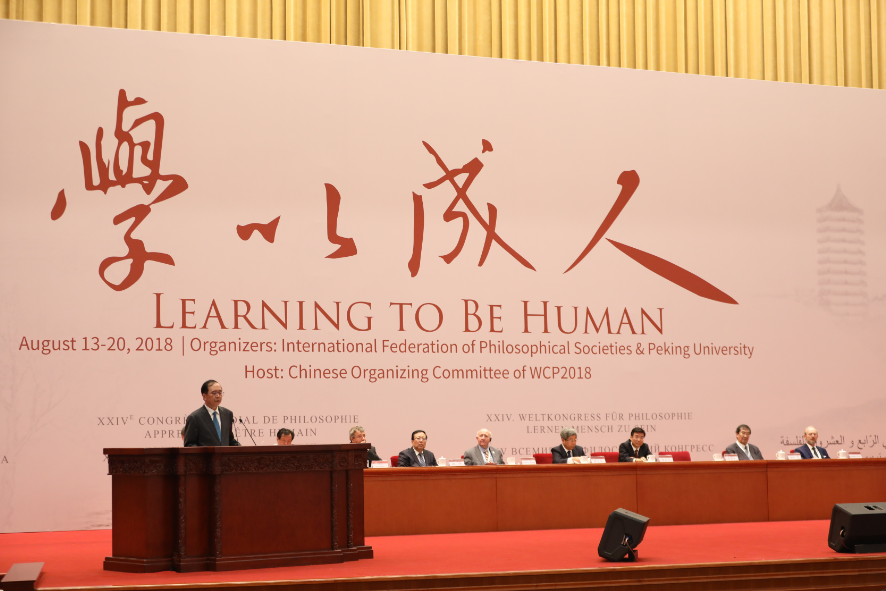 President Lin Jianhua of Peking University reviewed the development and academic characteristics of the discipline of philosophy at Peking University over the past 100 years, and he discussed the close relationship between the theme of "Learning to Be Human" and university education.

Secretary General Scarantino reviewed the preparatory process and academic tradition of the congress and explained the close relationship between philosophical reflection and the spirit of the times. President Moran talked about the close relationship between the academic development of contemporary philosophy and the challenges facing mankind, and emphasized the responsibility and value of philosophy in contemporary times.

The conference was co-organized by FISP and Peking University, and this year’s theme is "Learning to Be Human". This year' s congress brings together world famous philosophers of contemporary philosophy and well-known philosophers from 121 countries.

More than 5,000 papers were submitted to the congress, covering all fields of philosophy and philosophy-centered humanistic and social research. In terms of attendance, the number of papers received and the number of sessions, this congress is the largest in its over hundred-year history.

The congress will run from August 13 to August 20, and the total number of academic activities, including plenary meetings, special forums, invitational seminars, group meetings, round tables, special conferences, and student seminars exceeds 1,000. 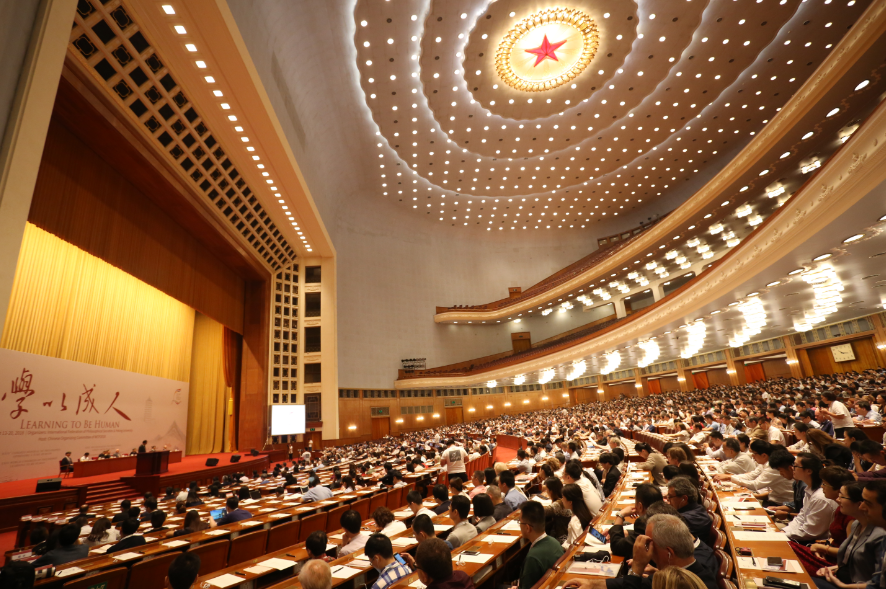 It is also a platform for China to create a Chinese academic humanities discourse system and methodology within the globalized academic humanities community. All of the sessions of the conference highlight Chinese ideological traditions and elements of contemporary China.

Not only does the “Wang Yangming Lecture” focus on traditional Chinese philosophy, but it also focuses on the commemoration of the bicentenary of the birth of Karl Marx.

Lin Keqing, Secretary of the Beijing Municipal Commission of Education and Labor, Hao Ping, Chair of the Peking University Council, and other outstanding philosophers and humanists at home and abroad attended the opening ceremony.

(Video and photos: Organizing Committee of the 24th World Congress of Philosophy)