A puppy was run over on a busy road near Doddaballapura in South India, but thankfully, his mother was there to bring him to safety. 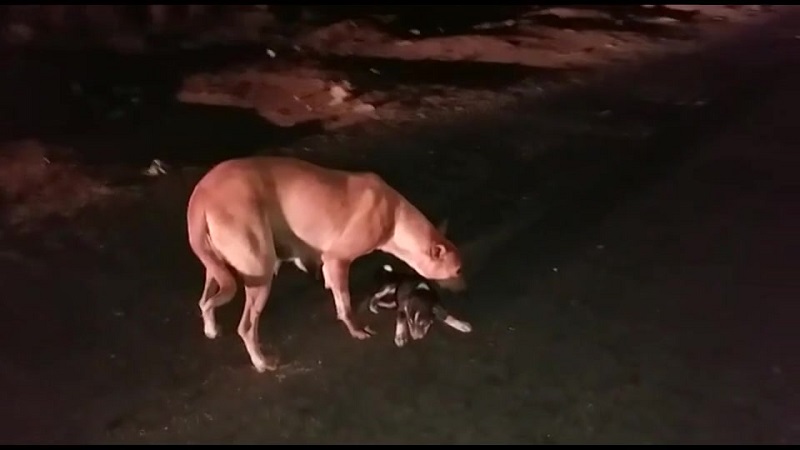 In this video filmed on December 23, the mother dog can be seen dragging the hurt puppy away from the traffic so that she could tend to him. According to local media, the puppy was hit by a bike and lost consciousness. If he hadn't been saved by the mother dog, he would have been run over. Eyewitnesses said one of the puppy's legs was injured, but that he regained consciousness after.