A photographer captured the incredible moment a murmuration of starlings took the shape of a rabbit over the Glastonbury skyline just before New Year's Eve on December 30. 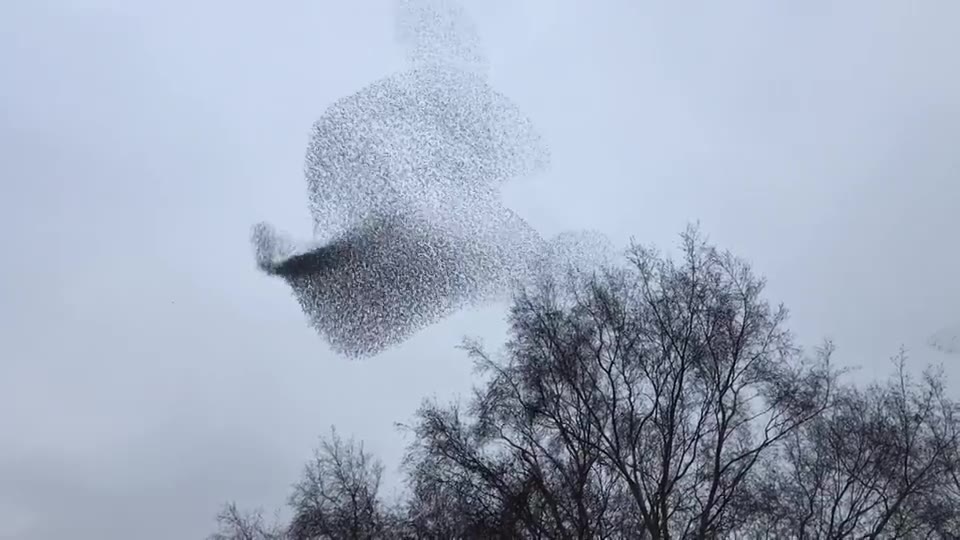 Len Copland was snapping pictures of the phenomenon at Ham Wall Nature Reserve near Glastonbury, UK, at dusk when the flock took on a recognizable rabbit shape.

The flocking birds first took the shape of a rabbit's head with long ears and then transformed into a side-on view of the animal.