French auction house Artcurial unveiled their latest batch of premium vintage cars at an airport warehouse on Monday, expected to be sold at astronomical prices to collectors with deep pockets. Among the pickings is a rare 1939 Alfa Romeo 8C 2900B Berlinetta, estimated to fetch between €16 million and €22 million ($18 million to $25 million). 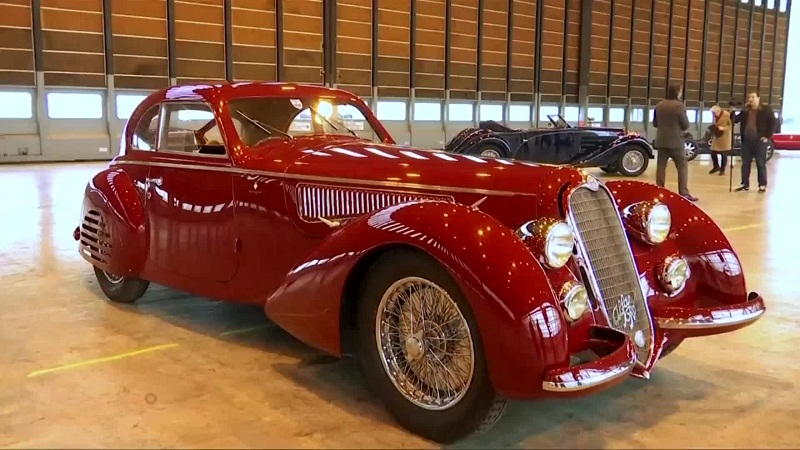 This car was the fastest car of the pre-war era. Less than 50 models were manufactured, and only five were designed by Italian car body designer Touring. The 8C 2900B Berlinetta is one of two pre-war masterpieces, along with the Bugatti Atlantic.

The model up for action, which has been in the hands of its current owner for 43 years, retains the original factory configuration, and still contains the original engine. The auction is to take place at Paris' Retromobile show on February 8, 2019.