TRENDING Sperm whale washes up in Indonesia with plastic bottles, bags in stomach

Sperm whale washes up in Indonesia with plastic bottles, bags in stomach

A sperm whale found dead at a national park in Indonesia had nearly six kilograms (13.2 lbs) of plastic waste, including 115 cups, in its stomach, park officials said on Tuesday, November 20. 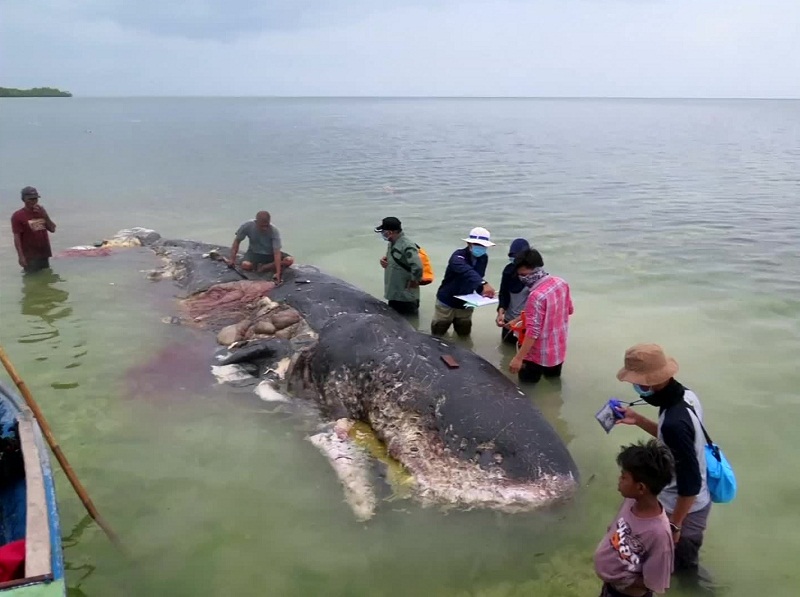 The 9.5-meter (31.17 ft) whale was found in the waters near Kapota Island, part of the Wakatobi National Park, south east of Sulawesi, the park said in a statement.

The park is famous among divers for its large area of reefs and diverse marine life including rays and whales.

The cause of death was not known, but park officials found plastic bottles, bags, sandals, and a sack with more than 1,000 pieces of string in the whale's stomach.

In June, the death of a pilot whale in Thailand with 80 pieces of plastic rubbish in its stomach garnered headlines locally, but drew more attention outside the country.