Construction on Beijing's new airport, which does not yet have an official name, is buzzing as the warm spring days descend upon North China. From an aerial perspective, the terminal building has shaped up to be a six-armed starfish.

The airport, 46 kilometers south of downtown Beijing, is designed to take pressure off the over-crowded Beijing Capital International Airport in the northeastern suburbs. It sits on the junction of Daxing District of Beijing and Langfang, a city in Hebei Province.

The new airport will have four runways and is designed to accommodate 620,000 flights per year. It is predicted to be the busiest airport in the world in 2025, handling 75 million passengers annually. Test operations are scheduled to start in October 2019.

Let's go on an adventure and take a sneak peak at this airport through the camera lens. 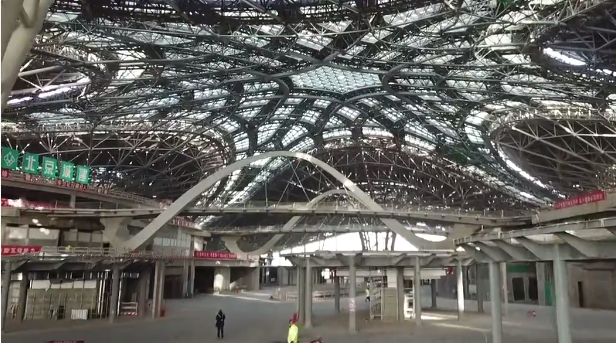