TRENDING The pursuit of happiness at home away from home

The pursuit of happiness at home away from home

"I feel much pressured financially, from paying a bucket of sponsor fees for my kid to enter a local kindergarten to shouldering rising rent," said Zhang Juan, a 26-year-old seafood vendor at the Sanyuanli Market in eastern Beijing.

She is one of the nearly 290 million rural-urban migrants amid China's economic boom that has reshaped the country's employment fabric. Seeing a meager profit from farming, villagers departed from their rural land and headed to metropolises to build their dreams.

Over the past two decades, rural areas in the world's most populous country have undergone a painful transformation to keep apace with the deluge of economic opportunities spilling from the cities. By creating jobs and revamping education and healthcare facilities in the countryside, China's rural areas have improved significantly. But the gap remains, so migrant workers are still reluctant to go back. 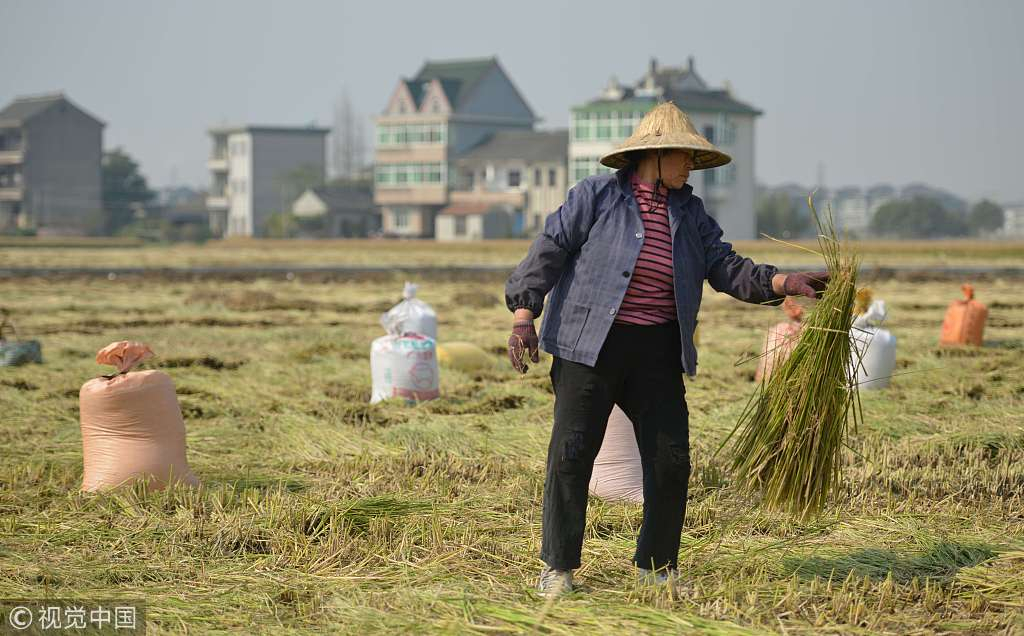 Their income is doubled by moving to first-tiered cities, but they face myriad inequities compared with their urban-born counterparts, including paying prohibitive sponsor fees to send their children to school because they cannot acquire an urban hukou, or household registration. This restriction also limits their access to public hospitals and pensions.

"It's not fair treatment to pay more for schooling than our urban peers," Zhang Juan told CGTN. She's been in the seafood business with her husband at one of the most populous markets in Beijing for more than four years. The job provides Zhang with a higher income than at home in the adjacent city of Baoding, north China's Hebei Province.

She believes hard work will lead to a better life. And she's not alone – most of the vendors in the market are rural-urban migrants who toil for a brighter future.

Zhang Junyi has been in Beijing running small businesses with his wife for nearly three decades. From Mianyang in southwest China's Sichuan, he is among the first migrant workers in China. “Back then, the majority of my pals back home swarmed to urban centers, hunting for opportunities in the wealthy cities,” he said. Supplying fresh vegetables and fruits to restaurants and selling them to consumers is a tough job. He gets up at 2 a.m. every day to replenish his stock. 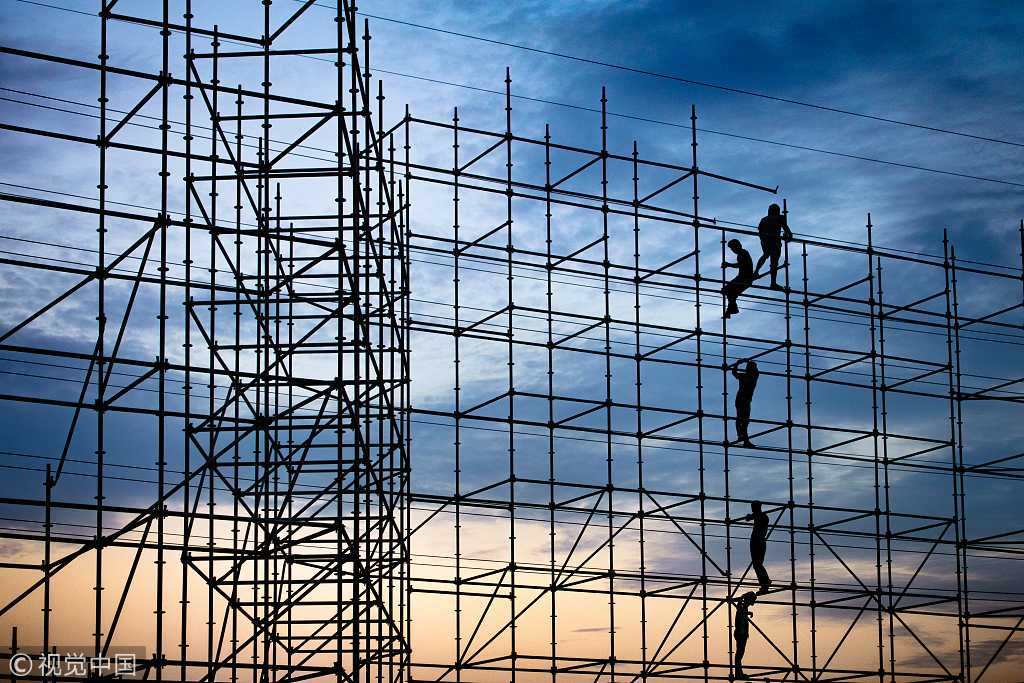 Decades of diligence have paid off. He's bought a condo in Dachang, a county neighboring Beijing where housing prices are several times lower than in the capital, and also spent over 800,000 yuan building a four-story house in his village, thinking of going back there when he gets older.

"I'm content with my life. I've got a happy family, a house and a grandson," he told CGTN, adding that the longer he had stayed in Beijing, the more he felt a sense of belonging.

China's modernization effort has resulted in the greatest mass migration in human history. Between 1990 and 2015, the Chinese urban population surged by 463 million, half of whom are rural-urban migrants, according to the World Happiness Report of 2018.

The report, issued by the United Nations last March focusing on this population, pointed out that villagers shifting to towns and cities were less happy than people still living in rural areas despite higher income, citing separation from loved ones and a feeling of relative deprivation as causes. 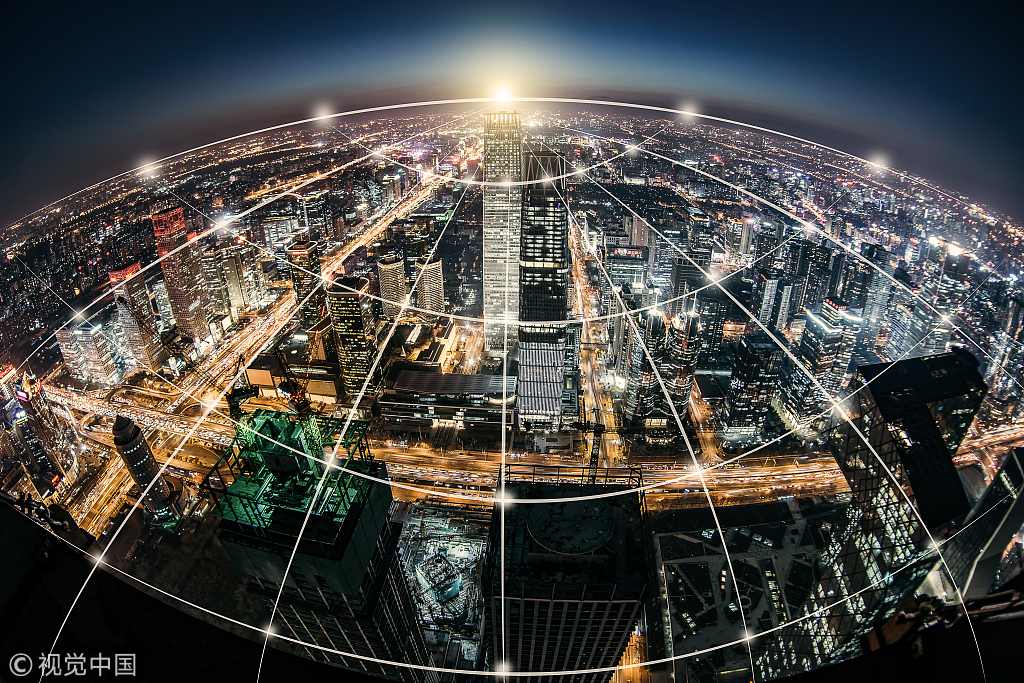 There's no denying that the country's humming economic buoyancy has produced disadvantages, notably a widening wealth disparity and its consequent social structure sclerosis. But the migrants are generally optimistic about their future.

"I felt happier at home with my wife and kid. I'm here only for the fatter pay," said Zhou Hong, a 30-year-old crane operator from Zhangjiakou to the north of Beijing. He had failed to find a satisfactory job, so he came to the capital after passing a proficiency examination for crane operation. "I would video chat with my family every day after work. I miss them very much, but I'm satisfied with my life now; I can earn money for our life ahead."

"An ordinary life is enough to make me happy. We cannot always get what we want, but at least I tried, in order to create a better life for my family," said Liang Chaoyu, a butcher in the Sanyuanli market. Her son was born in Beijing in 2008, the year China held the Summer Olympics, and is now attending the Tsinghua University Primary School.

She's hopeful about his future. So is Zhang Juan, who brought his son with her instead of leaving him behind. "I do not want to miss him growing up. Perhaps years later, we'll head back to Anxin if there are better opportunities," she said.

Anxin is part of the Xiongan New Area, a city under construction and a test bed of the country's focus on hinterland development. Zhang, like her fellow villagers, believe that the policy will create more job opportunities as well as high-quality education for her son.

(Names of interviewees in this article are pseudonyms as requested.)