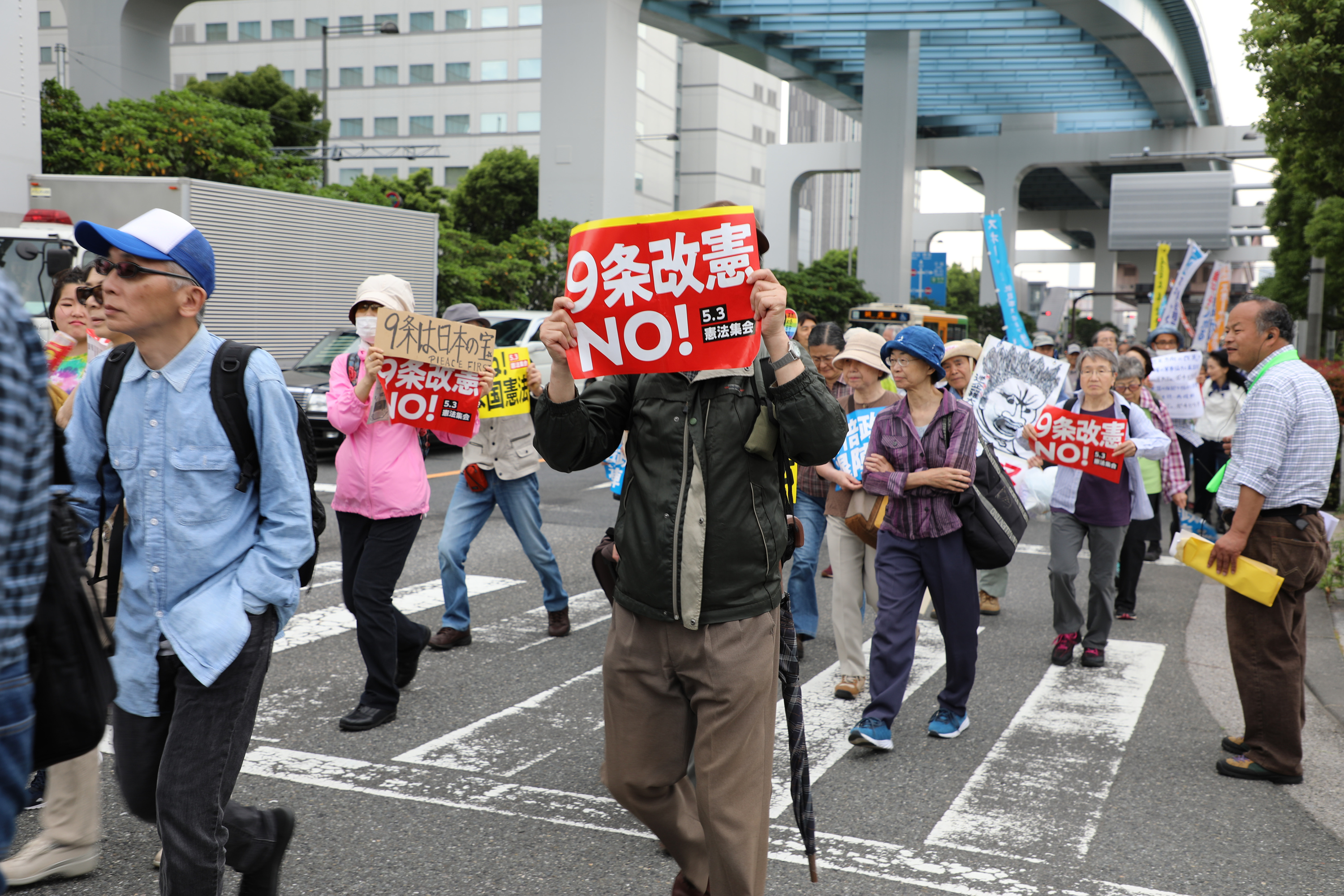 The anti-amendment rally was staged as Japan commemorates the 71st anniversary of its post-war constitution taking effect. The protestors wore badges or held signs with slogans, which took aim at the Abe administration’s attempt to loosen constraints on Japan’s military by revising Article 9 of the constitution.

Japan's current constitution, promulgated on Nov. 3, 1946, and coming into force on May 3, 1947, has been best known for its Article 9, in which Japan renounces its right to wage war and promises that "land, sea, and air forces, as well as other war potential, will never be maintained." 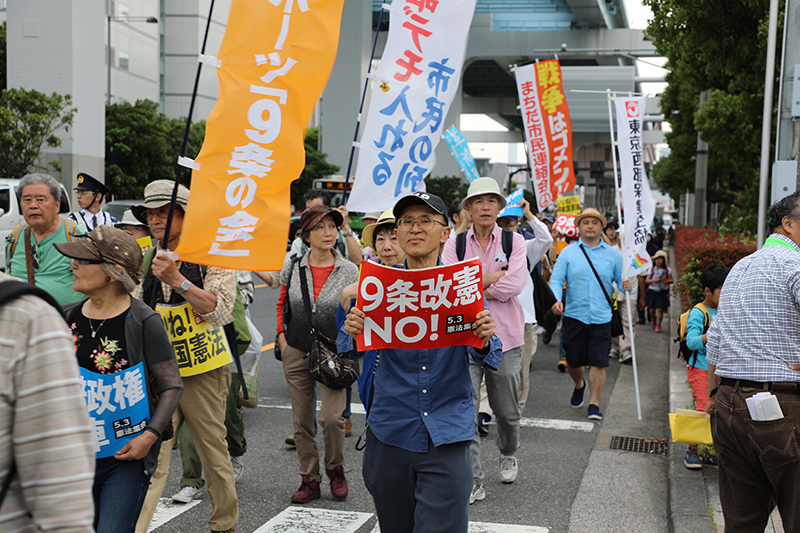 Some protestors told the People's Daily that the peaceful life Japan enjoys today can be attributed to Article 9, thus every citizen bears the responsibility of defending it. 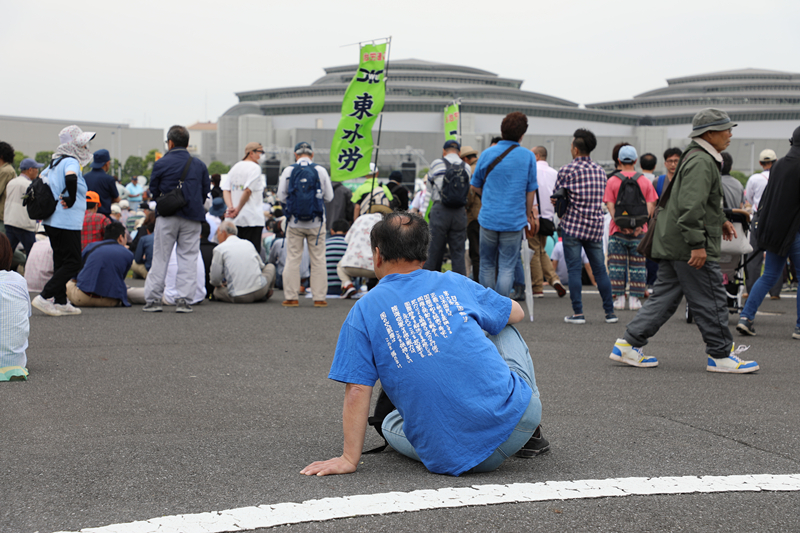 After the rally wrapped up, demonstrators split into two groups, marching and shouting slogans like “Oppose the revision of Article 9” and “Defend the constitution.” The organizers put the turnout of Thursday’s demonstration at nearly 60,000. 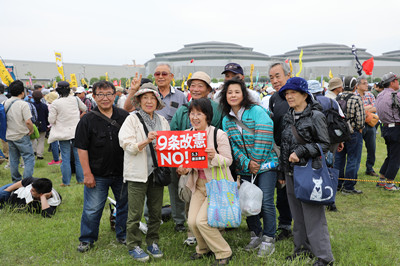