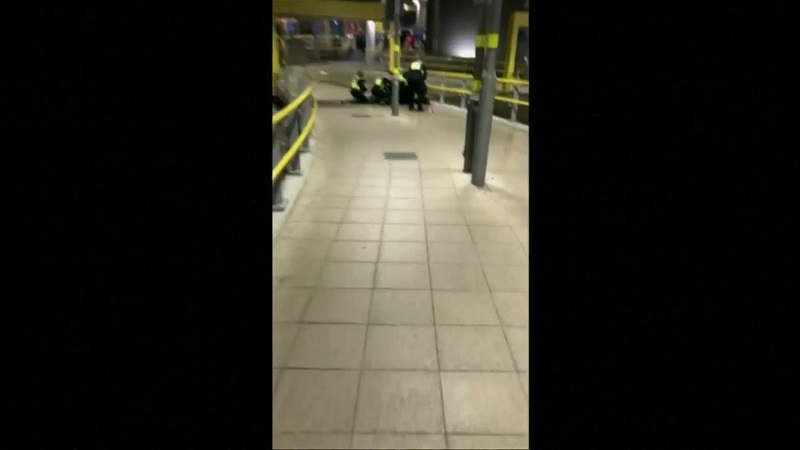 Police said, however, there was no intelligence suggesting a wider threat, adding that the suspect had been detained.

Mobile phone footage shot by a BBC radio journalist on the scene showed five police officers holding a struggling man on the ground.