TRENDING Uygur actors: From niche to mainstream in China

Uygur actors: From niche to mainstream in China

Actors and actresses from China's Uygur ethnic minority group have stepped into the limelight in recent years, bringing diversity to China's silver screen. Now resounding names in the country's entertainment industry, Uygurs like Gulnezer and Dilraba have helped audiences paying more attention to the group on stage in the country's bustling metropolises.

Among them is Ablikim Ablat, a native of Karamay in northwestern Xinjiang Uygur Autonomous Region. Previously an arts student in the regional capital Urumqi, he was enrolled in the Central Academy of Drama (CAD) – one of the country's top performing arts universities – in 2011 and traveled over 3,000 kilometers to Beijing with the dream to pursue his craft. But then reality hit. 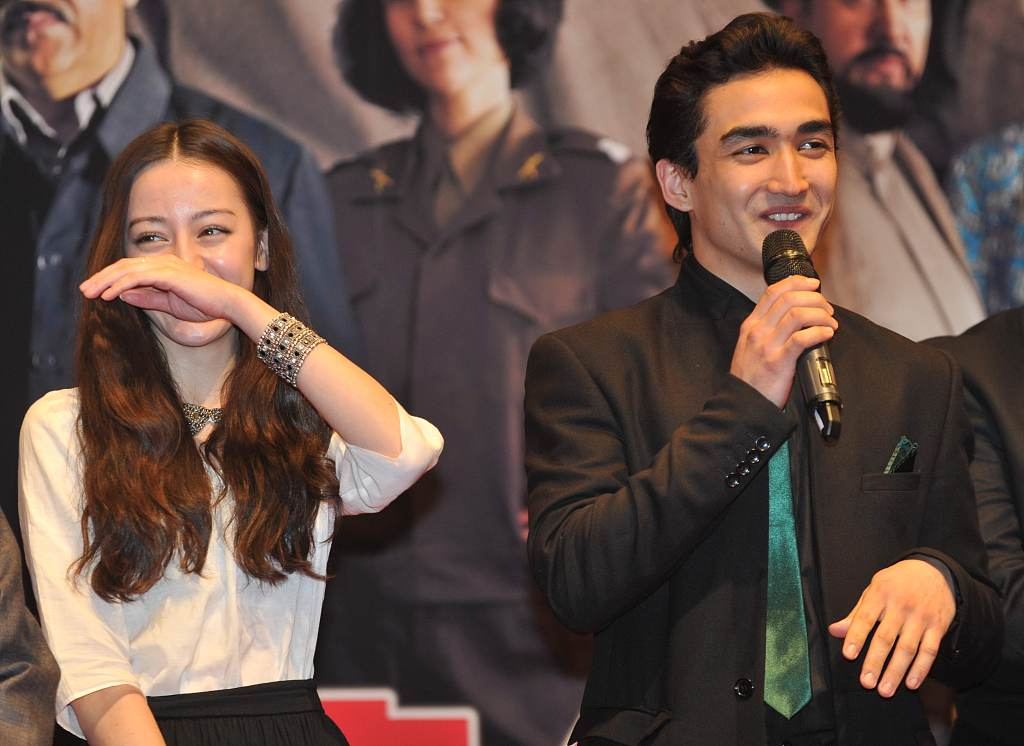 Dilraba and Ablikim at a press conference for the TV series Anarhan, in Beijing, April 24, 2013. (Photo: VCG)

"Almost all the dramas I've acted in are related to subjects on Xinjiang or those of ethnic minority cultures, and I started to feel that something was wrong with that," Ablikim told us. He pointed out that many production teams cling to the notion that Uygur actors are not suitable for mainstream dramas.

Other actors hailing from the westernmost region are confronted with the same problem. "A typical Xinjiang face is an advantage and a disadvantage as well, because some directors think we can only play roles such as a prince of Persia or of an Arab country," said Xirzat, a younger alumnus of Ablikim's alma mater.

With a passion for art since childhood, Xirzat left for Beijing in the third year of high school and signed up for the college entrance examination of the CAD. Much to his surprise, he was admitted as the only Xinjiang student that year, and got first place in the university's highly competitive musical theater major.

Yet, two years after graduation, Xirzat has realized it takes a lot more than an impressive alma mater to having an acting career. He's been anxious over dwindling opportunities over the past year – coinciding with a domestic film market that has cooled down. 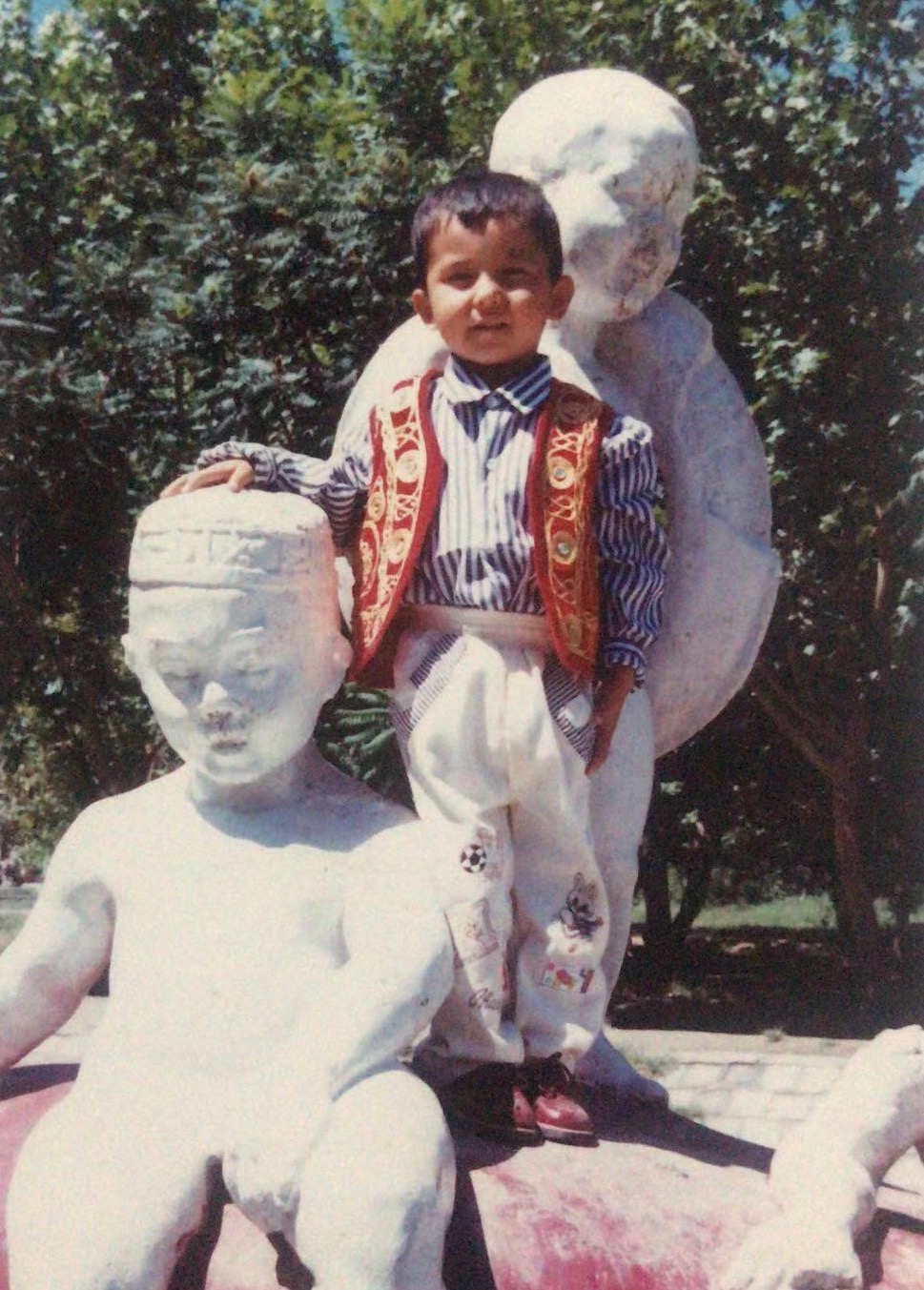 Apart from an "exotic" appearance, a Xinjiang identity has accumulated baggage due to terrorist attacks over the past years. Since the late 1980s, deadly terrorist attacks have easily made people from the inland associate a Uygur face with certain stereotypes. Over the years especially since the 2009 when a major riot struck Urumqi, there's been a level of fear reserved for Uygurs.

Xirzat used to be excited when he learned that filmmakers would look for Xinjiang actors. Later, he realized that he catered to a stereotype and thus tried to break this widespread misconception through his professionalism and good faith.

There's no one to blame, he lamented, because people tend to remember the bad while ignoring the good, even if the bad makes up a small part of the total.

"I want people here to recognize through me that Uygurs are just as lovable. Violence is in fact a million-to-one case. Many Xinjiang cities are reaching the standards of a metropolis," Xirzat told CGTN. His hometown Aksu is the most developed among the four prefectures in southern Xinjiang, where it sits on the edge of the Taklamakan Desert, China's largest. The Kekeya green project, a booming local apple industry and a traditional Chinese medicine sector have created wealth for locals. Moreover, rigid counter-terrorism policies have made Aksu and the nearby prefectures of Kashgar and Hotan safer, with no riots having taken place since 2016. 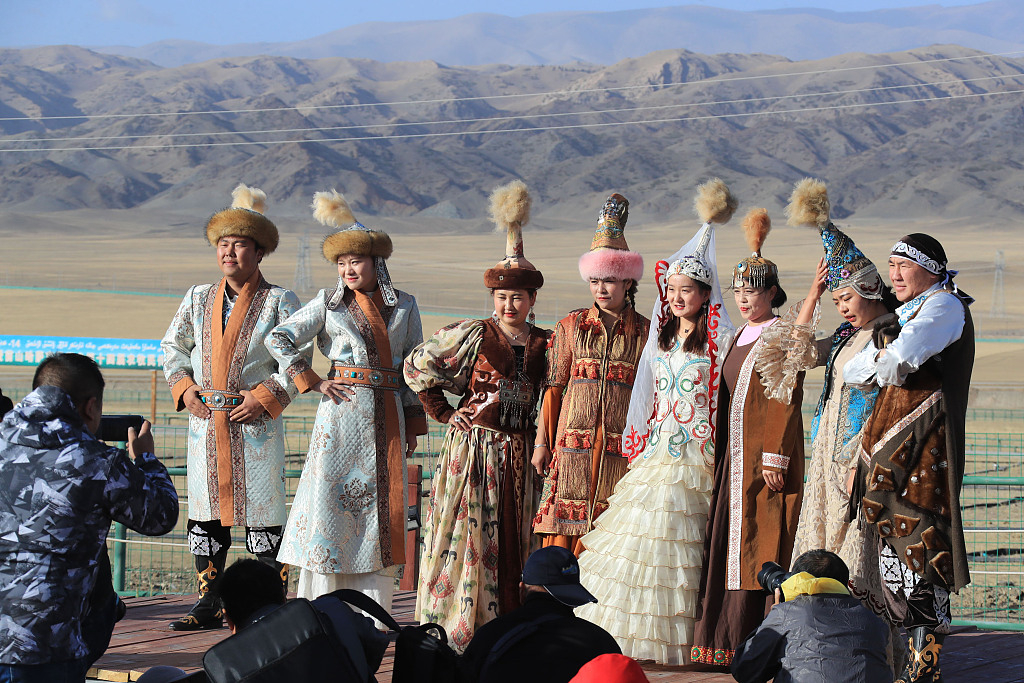 During the past decade or so, people of Uygur descent have been working in a diverse range of trades and professions nationwide. "Actually we are deeply integrated with local residents in real life, but why can't we portray different roles on the screen, which after all mirrors real life?" Ablikim asked.

That partly explains why Ablikim has plunged himself into theater, where looks are not as important as acting skills. Back in 2011, he played five roles in The Blue Bird with equal ease, holding the audience spellbound with his virtuosic performance. The famous play written by Nobel laureate Maurice Maeterlinck in 1908 tries to interpret elusive happiness, something that Ablikim is also seeking. "I won't surrender. Many of my peers have gone back home given a pretty limited range of roles they're allowed to take, but I won't because performing is in my blood." 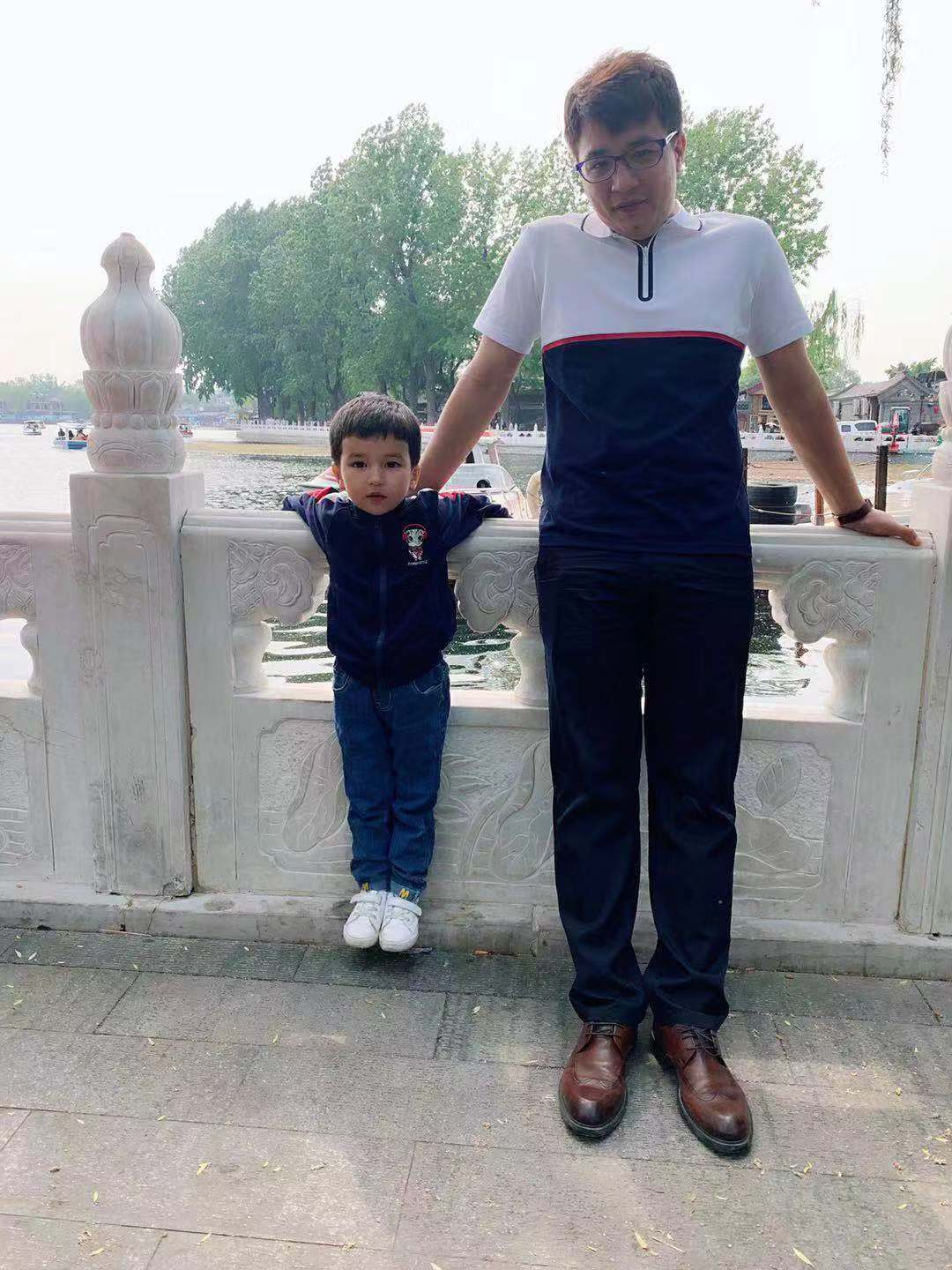 Mardan and his daughter pose for a photo in Beijing. (Photo courtesy of Mardan)

The situation is changing for the better, with producers starting to cast actors from minority groups in mainstream movies. "Wuershan, one of the country's top commercial directors, selected a Uygur actor for his epic trilogy Fengshen, adapted from an ancient fantasy novel," said actor-director Mardan M Ismayil. "When we have the first person eat crabs, we'll have the second, the third…"

Chinese audiences are known for their diverse tastes in the entertainment industry. As the influence of celebrities with Uygur roots grows, many are gaining acceptance in more mainstream films as well as niche plays.

In September, Xirzat auditioned for one of the protagonists in a TV remake of a popular South Korean comedy film. This time, the production team did not mumble his "Xinjiang face." "If I can make it this time, it'll be a turning point in my acting career," he said excitedly.

The road to success is tough, but they are sticking to their dreams. "In 2012, I arrived in Beijing after a 40-hour train trip. Facing the bustle and hustle, my tears came running down. Now that I've come here, I must hang on," said Xirzat.

Just as we finished shooting the story, Xirzat told us that he was preparing to join the cast. "I'm a man of hope. I know everything will get better," said Ablikim. They are trying to break the mold, one play at a time, one act at a time.