The passenger plane that skidded off a runway in Turkey was picked up by a large crane. The Pegasus Airlines Boeing 737-800 airliner fell off the runway with 168 people on board at Trabzon Airport on Jan. 13. Everybody on board was evacuated and no one was injured. According to Turkish media, the plane's right engine experienced a sudden surge of speed, causing it to swerve toward the sea. 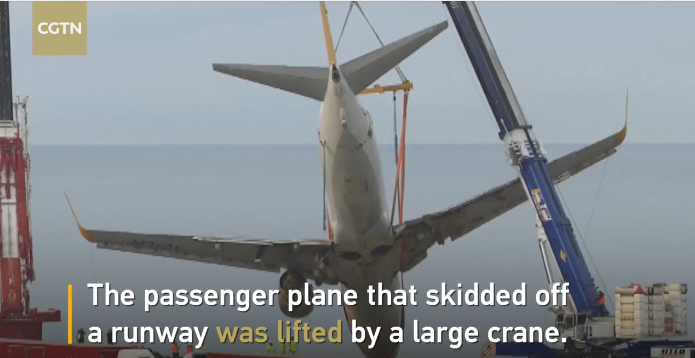