Two giant pandas, Jin Bao Bao and Hua Bao, set out on a journey to Finland from Southwest China's Sichuan Province on Wednesday. The voyage was made possible as a result of an agreement between China and Finland for a joint research into giant pandas.

According to the pact signed during Chinese President Xi Jinping's state visit to Finland last April, Jin Bao Bao and Hua Bao will spend the next 15 years in Finland's largest zoo. Keepers at Dujiangyan Giant Panda Base in Sichuan moved the panda pair into separate cages at around 9 am after enticing them with bamboo sticks. A Finnish giant panda nurse was also on hand to help the Chinese keepers during the move. 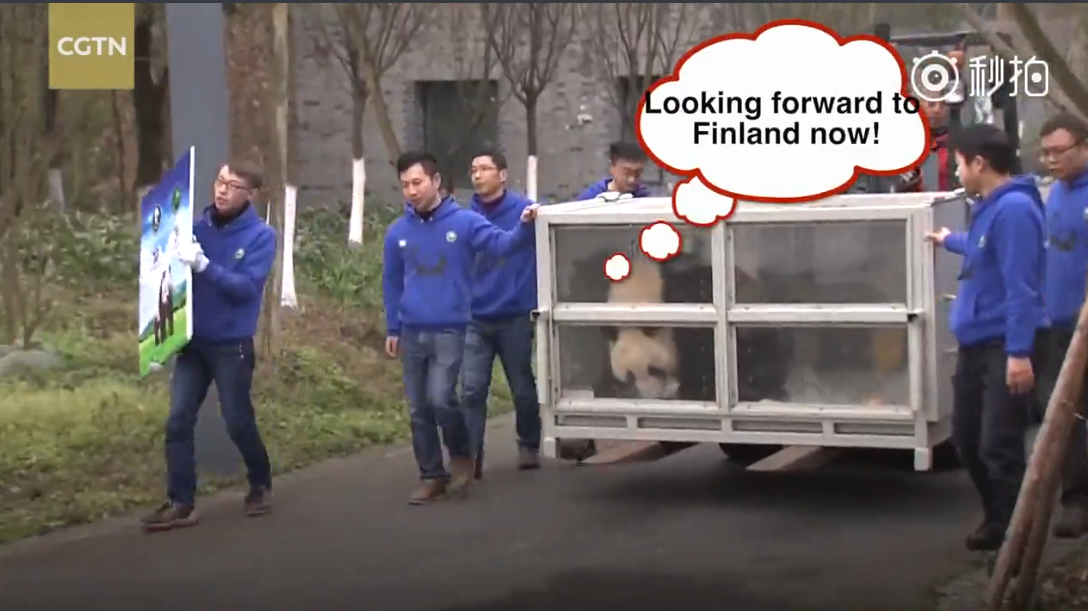 Photo: Screenshot of the video.