Bijie (People's Daily) - A delegation of about 30 senior editors and journalists from 15 African countries learned about China’s poverty alleviation programs during their visit to southwest China’s Guizhou Province from September 22. 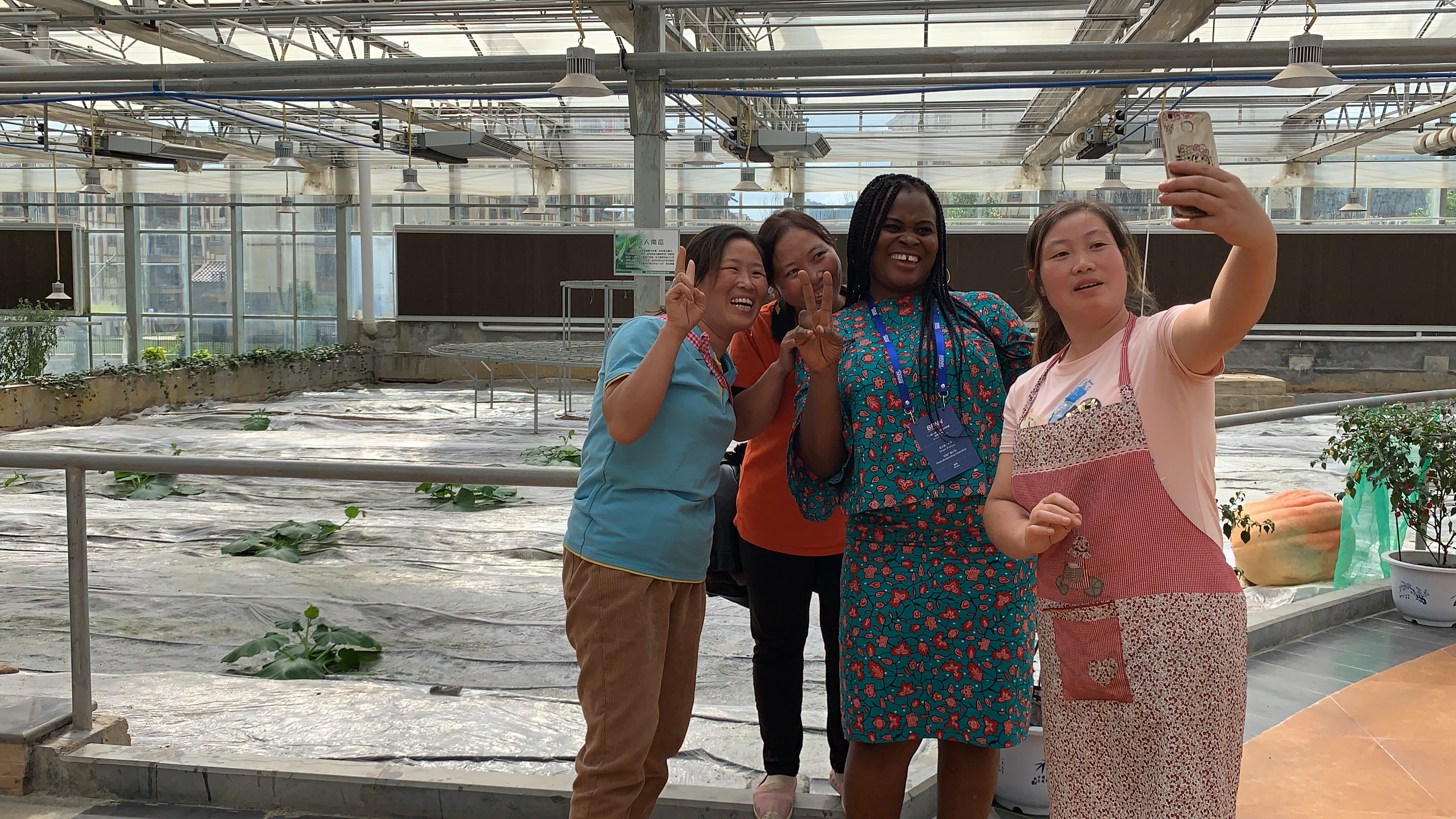 Guizhou’s Bijie City, nestled deep in Wumeng Mountain and was faced with the most dire poverty, has a population of over 9,275 thousand in seven counties and three districts.

At the call of the government, Evergrande Group, China’s real estate group, has entered into a pairing assistance with Bijie, with a donation of 11 billion yuan (or $155 million) to help more than a million impoverished people eliminate poverty by 2020.

The delegation was introduced to three targeted poverty alleviation factors during their visit in Bijie: developing local industries, relocating the poor population and creating job opportunities.

To promote the local industries, a total of 4.5 billion yuan has been invested to build the largest fruit and vegetable production base and beef cattle breeding base in southwest China.

“Cows here are even stronger than those in our hometown,” said Tafadzwa Mugwadi from Zimbabwe, excitedly pointed to the cows in a breeding farm in Bijie’s Dafang County. He highly praised the win-win cooperation for enterprises to help with poverty alleviation, which brings local people high income and more benefits to the enterprise as well.

“I hope this model can be introduced to our country to help more people improve their lives,” said Mugwadi,

Up to now, nearly 61 thousand vegetable greenhouses have been built, nearly 73 thousand Angus cows and Simmental cows have been bred, and 369,000 mu of trees bases of traditional Chinese medicine and economic fruit trees have been built. A total of 200,000 households with 70,000 impoverished people are estimated to get rid of poverty.

“I love the place where everyone works together to fight against poverty, including the government, the people, and the communities,” said Keshni Chetty from South Africa’s Independent Media.

“Really impressive,” Lubina Appanah, integration editor of La Sentinelle in Mauritius, is surprised when she saw the resettlement communities with convenient facilities in Bijie. 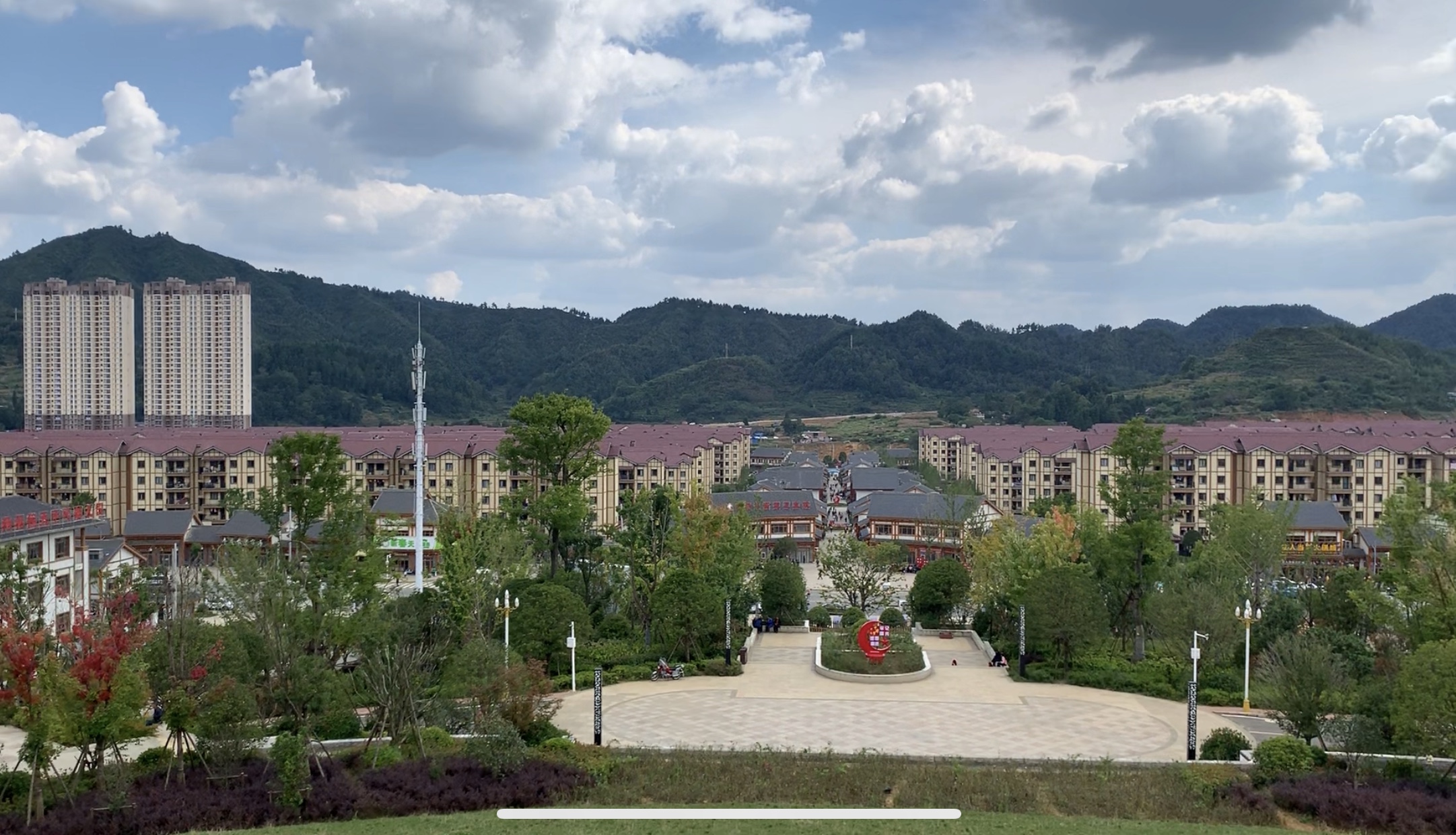 The photo taken on Sep. 22 shows one of the resettlement communities in Bijie, equipped with convenient facilities and services.

For those who in extreme poverty, 17 resettlement communities and 50 new villages in 10 counties and districts of Bijie are planned to be built. Shopping centers, kindergartens, primary schools, clinics are all convenient facilities and services the residents can enjoy within the communities.

“From simple bungalow to a well-equipped building, residents don’t have to spend money, which can never be imagined in other parts of the world,” said Yalem Tedla, senior editor of Ethiopian Broadcasting Corporation.

Enterprises share the dividends of development to the people, and residents’ willingness will be fully considered. “It shows that the government and enterprises really consider the people and put their interests first, which touches me the most,” said Yalem.

Various vocational training programs and job opportunities have been created for the local people. So far, over 113,000 individuals in Bijie have received job training, and over 75,000 people have been referred to companies all around the country.

“Once people have jobs, they can be able to have more disposable income to put food on the table and send their children to schools,” said Chetty. “It can lift the entire economy and GDP. It’s good for the country.”

Now more than 580,000 people have been lifted out of poverty in Bijie, while its Dafang County and Qianxi County have officially gotten rid of poverty. African editors and journalists spoke highly of China’s poverty alleviation program, “We do have social investment program with companies in our country, but it’s not enough,” said Chetty. “I think we can learn from your program to save our people who are in extreme poverty.”