WORLD ​Online conference 'Xinjiang is a Wonderful Land' held in US

​Online conference 'Xinjiang is a Wonderful Land' held in US

Washington (People's Daily) – The Chinese Embassy in the US co-hosted with the Government of Xinjiang Uygur Autonomous Region an online conference called "Xinjiang is a wonderful land" on Thursday. Guests from US think tanks, business and educational sectors, foreign media, including the Wall Street Journal, ABC, Newsweek, and the China Press, attended the meeting.

In his keynote speech, Governor Shohrat Zakir of Xinjiang Uygur Autonomous Region said Xinjiang upholds the people-centered development philosophy, and has made unprecedented achievements in economic and social development and the people's livelihood. There have been no violent terrorist attacks in Xinjiang for over four years. Xinjiang urban residents' average disposable income in 2020 was 2.41 times that of 2010. Poverty alleviation was achieved with "two assurances and three guarantees" (that is, assurances of adequate food and clothing, and guarantees of access to compulsory education, basic medical services and safe housing for impoverished rural residents) fully realized. In Xinjiang, the rights of all ethnic groups to use and develop their own spoken and written languages are protected, and fine ethnic cultures are protected, carried forward and promoted. The CPC's policy of protecting the freedom of religious belief is fully implemented, and regular religious activities and the needs of religious believers are guaranteed. Putting people's interests first, Xinjiang spends more than 70% of its general public budget expenditures every year on protecting and improving people's livelihood, so that people of all ethnic groups can benefit from development. 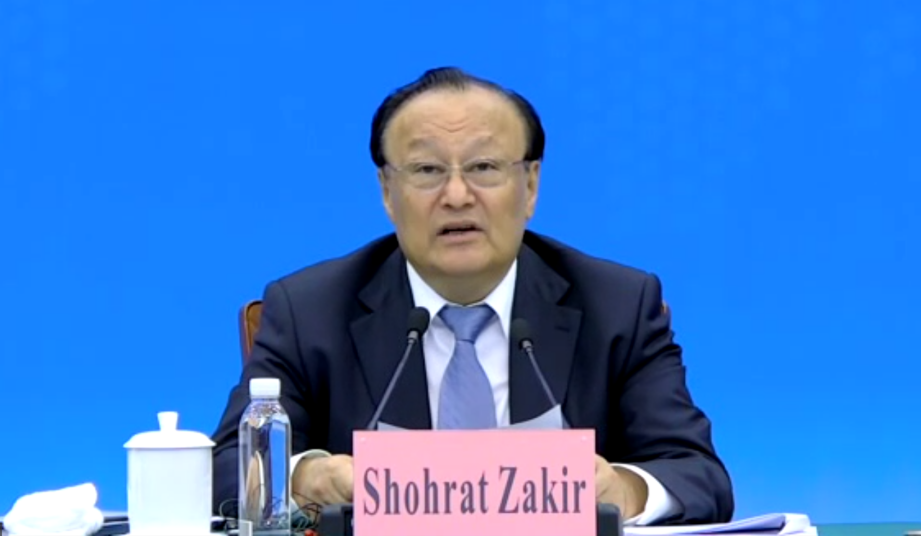 Governor Shohrat pointed out the anti-China forces in the United States and other Western countries ignore the fact that Xinjiang people are living a good life. They have been recklessly and groundlessly stigmatizing and demonizing Xinjiang, and have even fabricated the lie of the century about genocide and crimes against humanity in Xinjiang, which is simply absurd and can be called the biggest defamation in human history. The people of all ethnic groups in Xinjiang are unwavering in their determination to safeguard national unity, national security, ethnic solidarity, and the country's prosperity and stability. Any external attempt to destabilize Xinjiang is self-defeating and bound to fail. Everything Xinjiang has done is aboveboard and serves only one aim: to benefit people of all ethnic groups in Xinjiang.

In his remarks, Cui Tiankai, the Chinese Ambassador to the US, said in the United States and other Western countries, lies about Xinjiang still hold sway. Systemic slandering and unilateral sanctions against China are rife. But lies cannot stand the scrutiny of facts. Why are some Western organizations and individuals, disguised as academic institutions and scholars, still making noise and blatantly fabricating lies? Why do some forces in America use Xinjiang to launch massive smear campaigns against China? The truth is they want to bring about a collapse and split China from the inside. Feigning concerns about Xinjiang's human rights, they are thinking about using Xinjiang to contain China. Their typical ploy is to first presume guilt, and then to find and even forge matching evidence. They don't care about truth whatsoever; they only mind their political schemes. Some people claim that this is out of their belief in "values". For them, I hope that President Franklin Roosevelt's Four Freedoms still ring in their ears, because isn't it hypocritical that if they truly believe in freedom of speech, why wouldn't they allow other people to tell the truth when they are telling lies? If they truly believe in freedom of belief, why can't they resist the urge to launch crusades against other religions and civilizations? If they truly believe in the freedom from want, why would they undercut other peoples' efforts to get rid of poverty and pursue development? If they truly believe in the freedom from fear, why would they embolden terrorists to hurt the people? 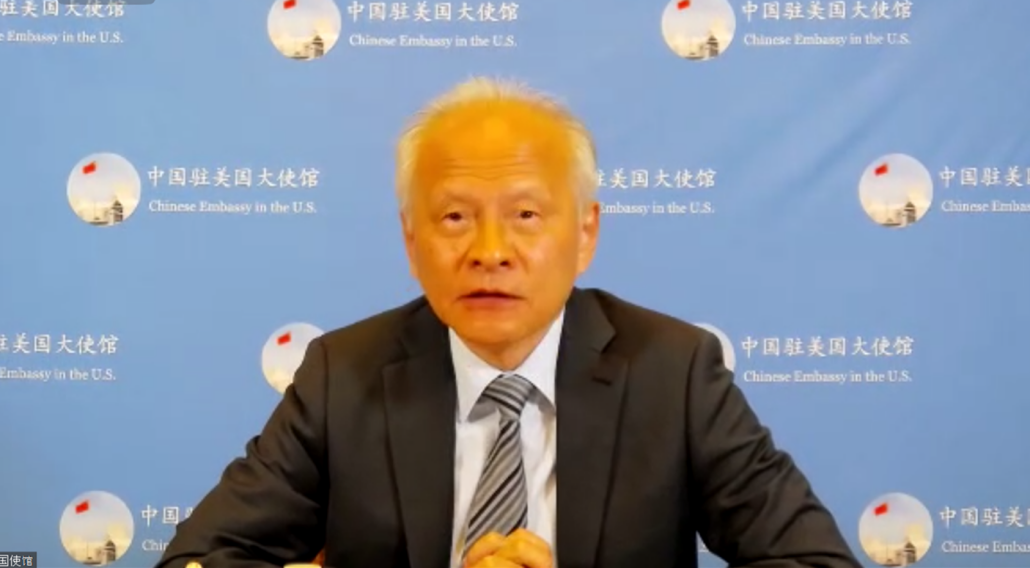 Cui Tiankai, the Chinese Ambassador to US

Ambassador Cui said Xinjiang affairs are China's internal affairs. Xinjiang-related issues are about anti-terrorism, de-extremism and anti-separatism. China will not acquiesce to any external attempt to destabilize Xinjiang, or even to split up China and obstruct the rejuvenation of the Chinese nation. The 1.4 billion Chinese people of various ethnic groups will not allow this to ever happen. In history, wars started with lies were not rare, and the lies of the Western world, including the United States, have caused such tragedies in places like Iraq, Libya, and Syria that there should be enough cause for alarm.

Cui said for those who can't see the real picture for the time being, he suggested that they listen to what the 25 million Xinjiang people of various ethnic groups and the 1.4 billion Chinese people have to say, and that they heed the opinions of objective and rational scholars and media, especially those from other countries and regions, so they will be able to tell truth from falsehood, and right from wrong. 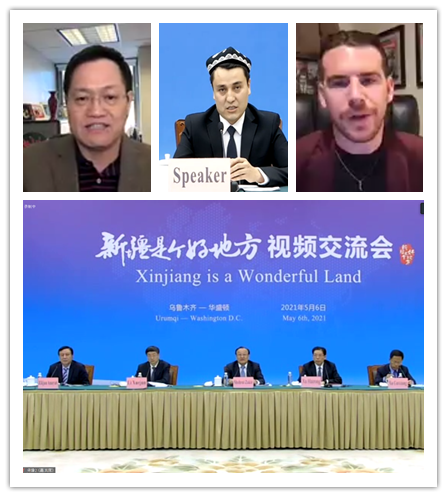 At the online conference, the video "Xinjiang is a wonderful land" and other short videos about Xinjiang's development achievements and people's happy lives were played. A Uygur woman representative, a graduate trainee of vocational education and training center, an Imam, and a migrant worker shared their stories about how the Chinese government's policy in Xinjiang have benefited the people, and how Xinjiang people have addressed their difficulties to live a better life.

Officials and experts from Xinjiang answered questions about the Chinese government's Xinjiang policy, Xinjiang's economic and social development, human rights, and US policy on Xinjiang.