The Latest on the California wildfires (all times local): 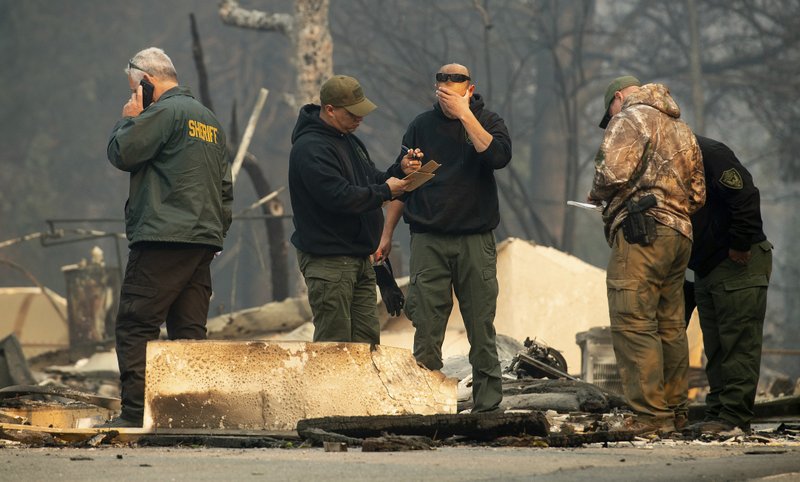 Authorities have reported 6 additional deaths in a Northern California, raising the death toll to 29 and making it the deadliest wildfire on record in California history.

Butte County Sheriff Cory Honea said the human remains recovered on Sunday included five bodies found at homes and one in a vehicle in Paradise.

He also announced that 228 people remain unaccounted for since the fire began Thursday and incinerated the foothill town.

The statewide total of deaths from wildfires reached 31. 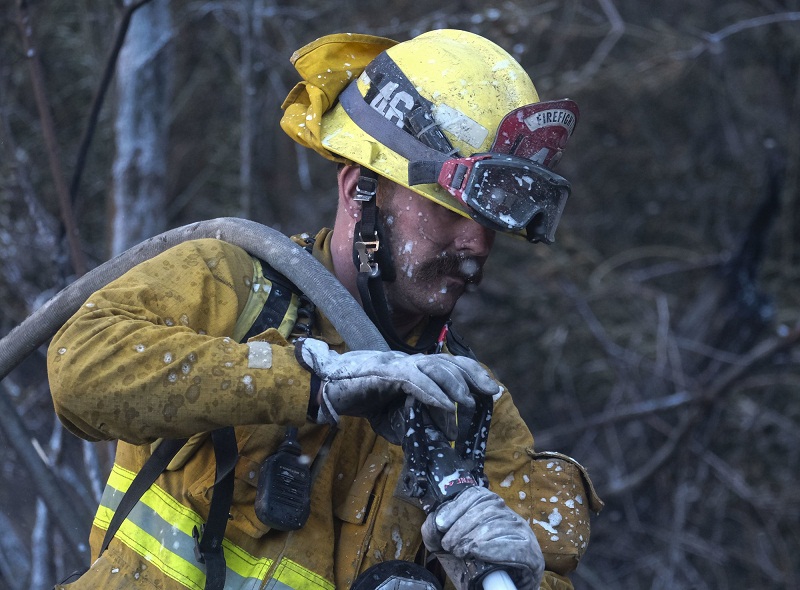 Authorities say 228 people remain unaccounted for after a deadly wildfire ravaged a swath of Northern California. 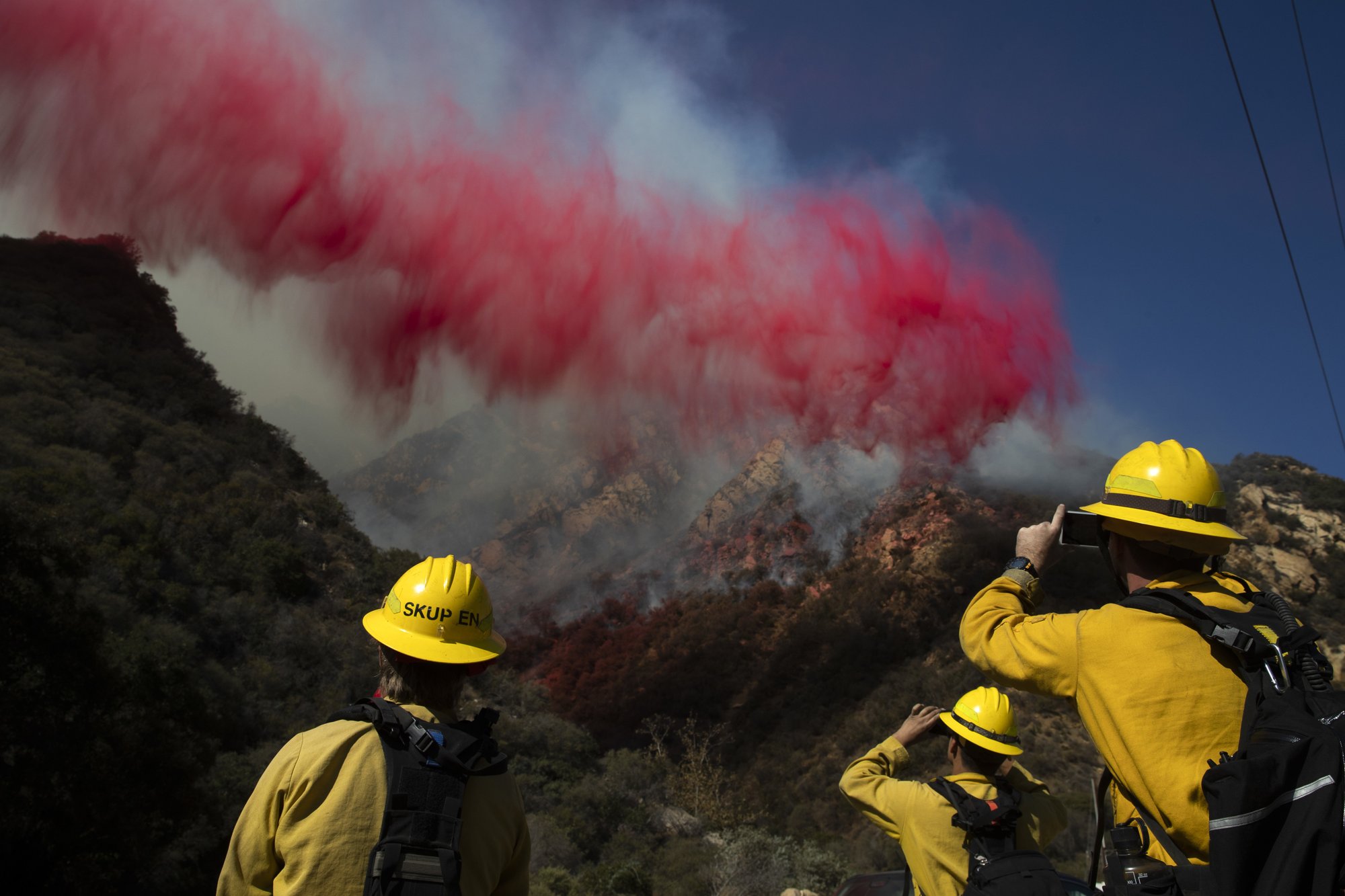 Southern California Edison has reported to state utilities regulators that there was an outage on one of its electrical circuits near where a large and destructive wildfire began as strong winds swept the region.

SoCal Edison says the report to the Public Utilities Commission was submitted out of an abundance of caution although there’s been no indication from fire officials that its equipment may have been involved with the start of the fire.

The utility’s report says the so-called Woolsey fire was reported at approximately 2:24 p.m. Thursday, two minutes after the outage on a circuit from a substation.

Similarly, Pacific Gas & Electric notified regulators there was a problem on an electrical transmission line minutes before a wind-driven fire erupted in Northern California on Thursday and destroyed the town of Paradise.

Authorities called in a mobile DNA lab and anthropologists to help identify the dead as the search went on for victims of the most destructive wildfire in California history. The overall death toll from the outbreak of fires at both ends of the state stood at 25 Sunday and appeared likely to rise. 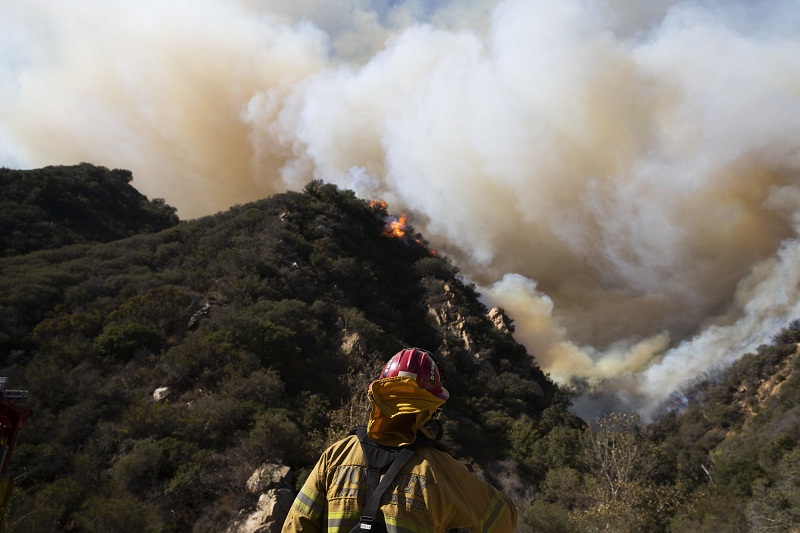 The worst of the blazes was in Northern California, where flames reduced the town of Paradise, population 27,000, to a smoking ruin days ago and continued to rage in surrounding communities. The number of people killed in that fire alone, at least 23, made it the third-deadliest on record in the state.

Butte County Sheriff Kory Honea said the county was bringing in more rescue workers and consulted anthropologists from California State University at Chico because in some cases “the only remains we are able to find are bones or bone fragments.”

“This weighs heavy on all of us,” Honea said.

Authorities were also bringing in a DNA lab and encouraged people with missing relatives to submit samples to aid in identifying the dead after the blaze destroyed more than 6,700 buildings, nearly all of them homes.

The sheriff’s department compiled a list of 110 people unaccounted for, but officials held out hope that many were safe but had no cellphones or some other way to contact loved ones.

Firefighters gained modest ground overnight against the blaze, which grew slightly to 170 square miles (440 square kilometers) from the day before but was 25 percent contained, up from 20 percent, according to state fire agency, Cal Fire. 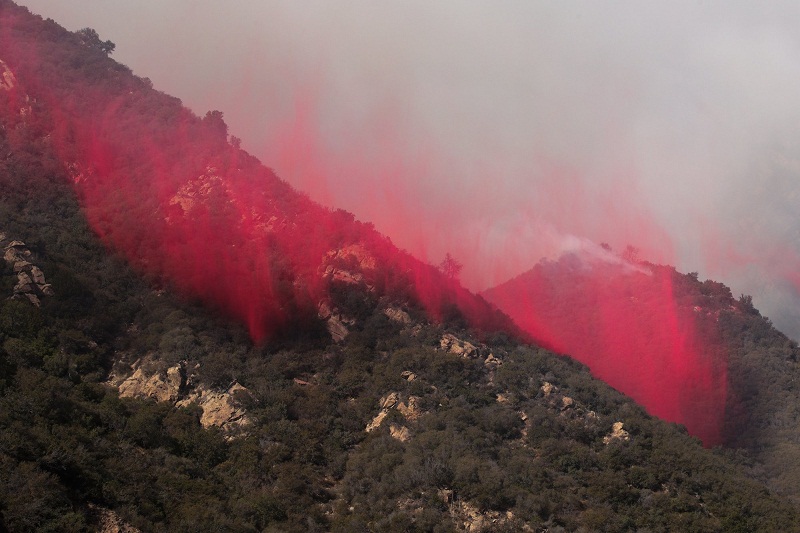 Two people were also found dead in a wildfire in Southern California, where flames tore through Malibu mansions and working-class Los Angeles suburbs allike. The severely burned bodies were discovered in a long residential driveway in celebrity-studded Malibu, where those forced out of homes included Lady Gaga, Kim Kardashian West, Guillermo del Toro and Martin Sheen.

Flames also besieged Thousand Oaks, the Southern California city in mourning over the massacre of 12 people in a shooting rampage at a country music bar Wednesday night.

Fire officials said Sunday morning that the larger of the region’s two fires, the one burning in and around Malibu, grew to 130 square miles (337 square kilometers) and was 10 percent contained. But the strong, dry Santa Ana winds that blow from the interior toward the coast returned after a one-day lull, fanning the flames.

The count of lost structures in both Southern California fires climbed to nearly 180, authorities said.

All told, an estimated 300,000 people statewide were under evacuation orders, most of them in Southern California.

Gov. Jerry Brown said he is requesting a major-disaster declaration from President Donald Trump that would make victims eligible for crisis counseling, housing and unemployment help, and legal aid.

Drought, warmer weather attributed to climate change, and the building of homes deeper into forests have led to longer and more destructive wildfire seasons in California. While California officially emerged from a five-year drought last year, much of the northern two-thirds of the state is abnormally dry. 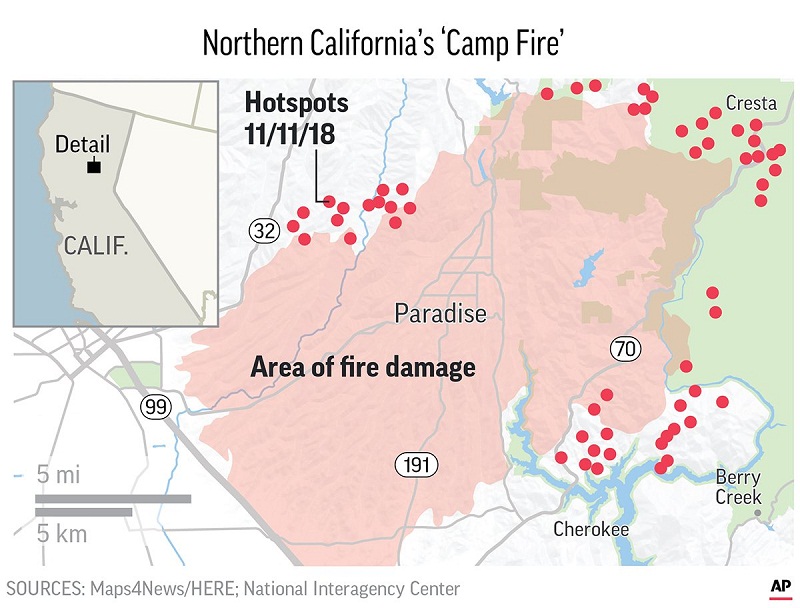 In Paradise, a town founded in the 1800s, residents who stayed behind to try to save their properties or who managed to return despite an evacuation order found incinerated cars and homes.

Wearing masks because the air was still heavy with smoke, people sidestepped metal that had melted off of cars or Jet-Skis as they surveyed their ravaged neighborhoods. Some cried when they saw nothing was left.

Jan McGregor, 81, got back to his small two-bedroom home in Paradise with the help of his firefighter grandson. He found his home leveled — a large metal safe and pipes from his septic system the only recognizable traces. The safe was punctured with bullet holes from guns inside that went off in the scorching heat. 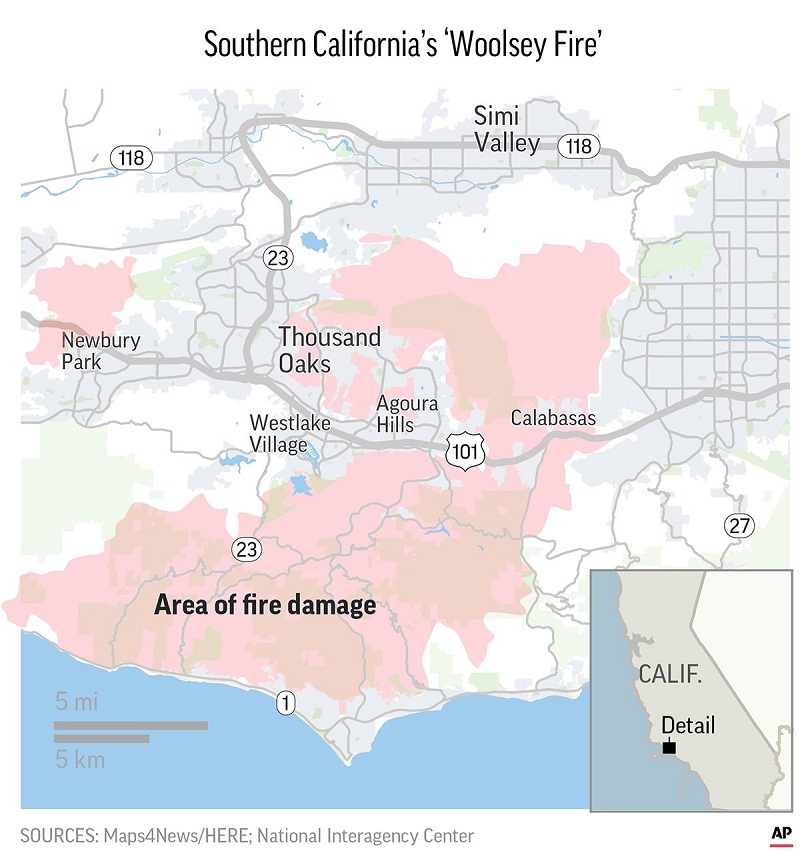 He lived in Paradise for nearly 80 years, moving there in 1939, when the town had just 3,000 people and was nicknamed Poverty Ridge.

“We knew Paradise was a prime target for forest fire over the years,” he said. “We’ve had ’em come right up to the city limits — oh, yeah — but nothing like this.”

McGregor said he probably would not rebuild: “I have nothing here to go back to.”