A delegation from the United Nations’ Peacekeeping Strategic Partnership Office visited a Chinese peacekeeping engineering unit in the Democratic Republic of the Congo (DRC) on Saturday. 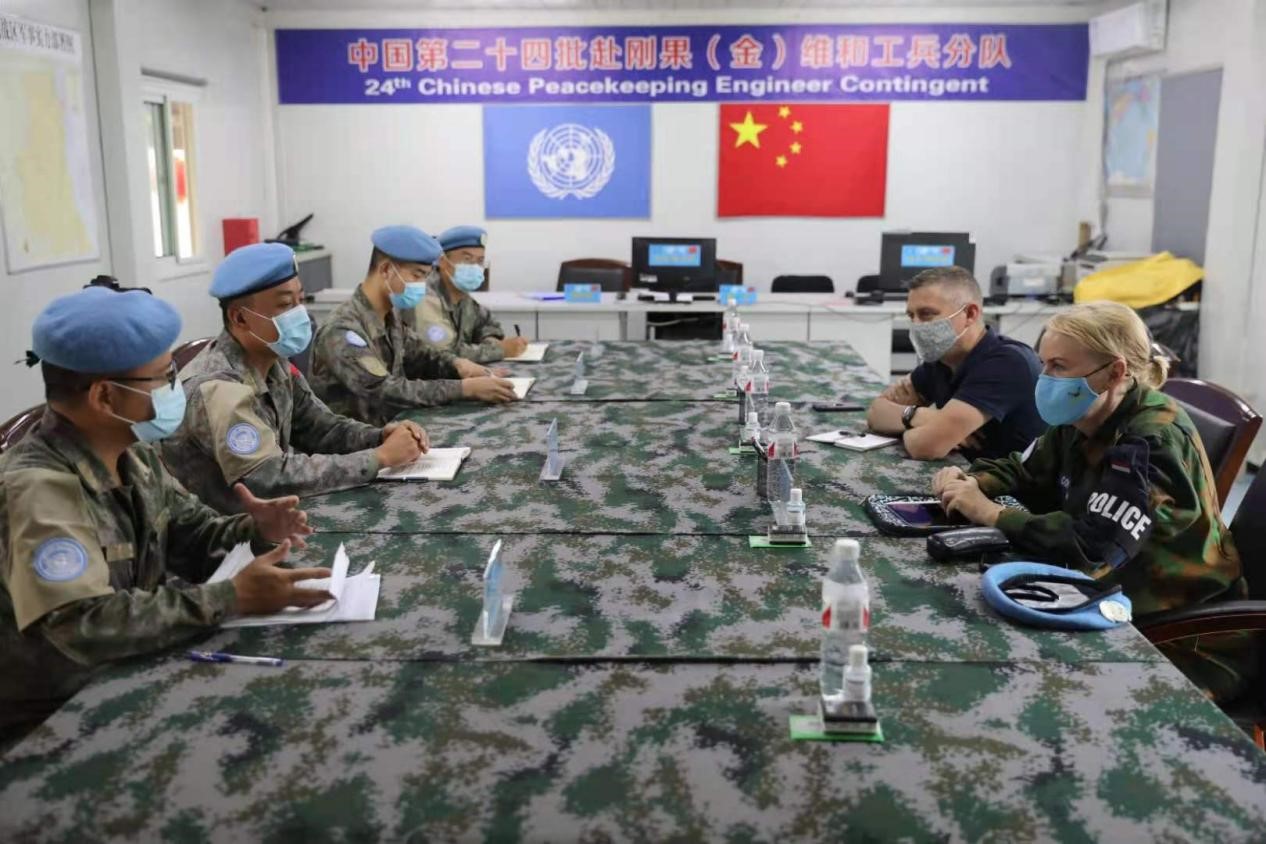 The delegation inspected the engineers’ work in areas including construction, security and epidemic prevention and control. 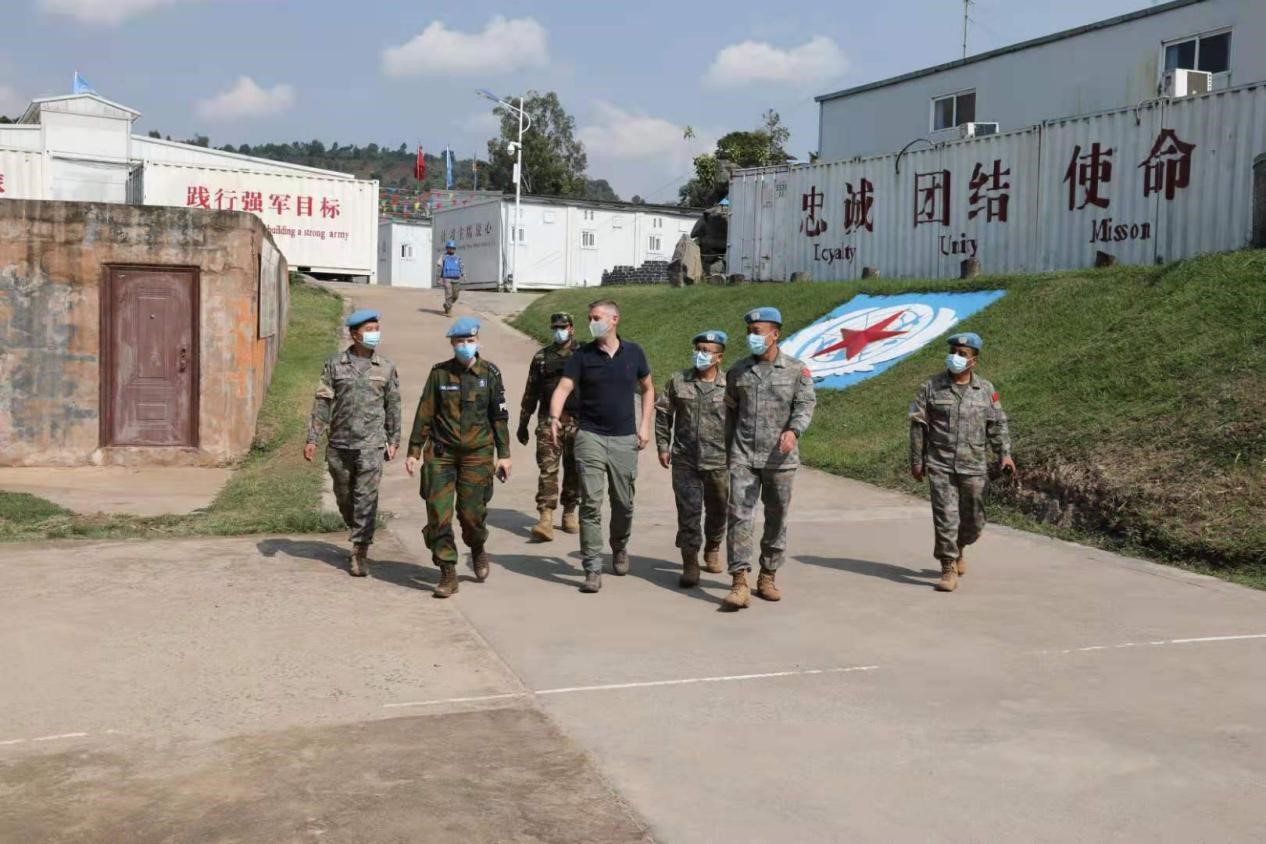 At 8:30 am, the delegation came to the "China Peninsula" camp on the shore of Lake Kivu in South Kivu Province, Congo (DRC). Commander Wang Shaohong accompanied them. 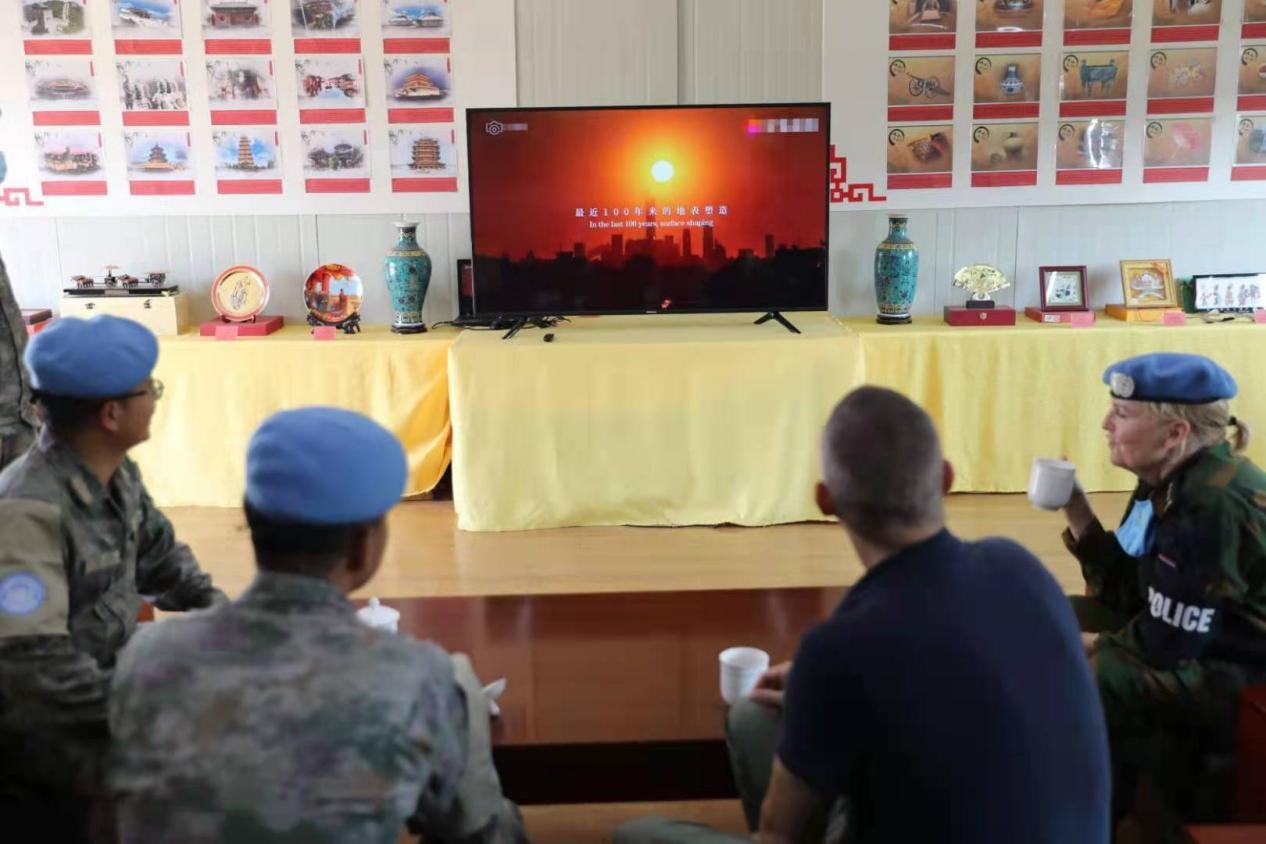 The delegation watches a video titled "This is China."

The delegation carefully watched a video that summarized the work of the peacekeeping detachment.

In the past 10 months, the Chinese peacekeeping engineering team has overcome numerous difficulties and completed 39 engineering tasks as well as 15 rescue tasks. Their work maintained a high standard.

The delegation, consisting of police expert Colonel Alexandra Keijer and military expert Ludovic Grenouillon, said they deeply respect the outstanding contributions made by Chinese soldiers to peace and stability in the world.

They said they are impressed by the professionalism and efficiency of the Chinese engineers, and said that they sincerely hoped the peacekeeping engineering unit will continue working in the DRC mission area.

Colonel Alexandra Keijer, a police expert in the United Nations Peacekeeping Strategic Partnership Office, said, "Not only is your camp beautiful, especially the tasks [you completed], and the work done for the Congolese [DRC] people is very professional."

Military expert of the UN Peacekeeping Strategic Partnership Office Ludovic Grenouillon said, "[You work is] also recognized by the FC (Commander of MONUSCO) and Commander of the Southern Theater Command. They have very high evaluations of the Chinese engineering units."

During the inspection, the delegation visited the "China Peninsula" camp construction and military entertainment venues. 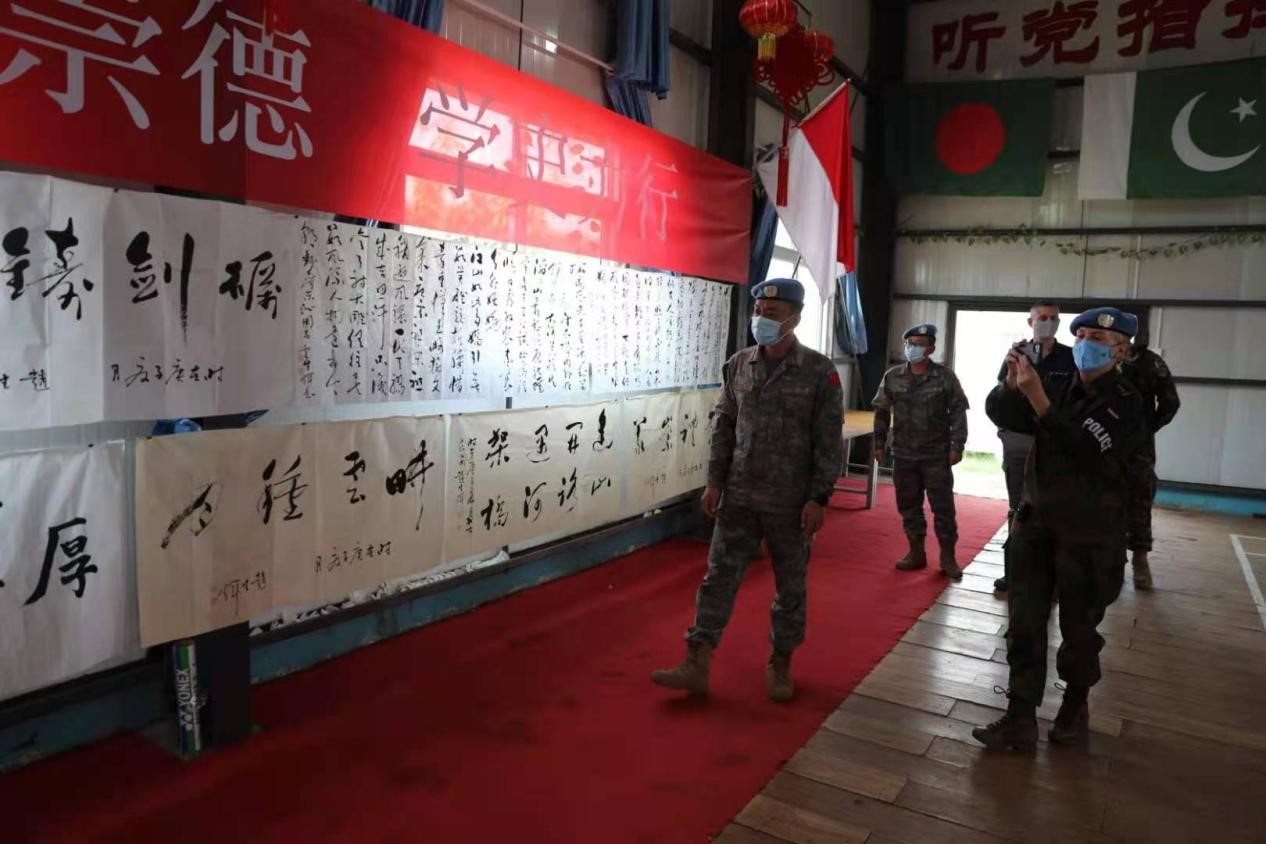 The delegation visit a calligraphy and painting exhibition

At the "China Pavilion," they watched an exhibition on topics such as ceramics, wood carvings, paper-cutting, calligraphy and painting. A video titled "This is China" introduced Chinese culture and the country’s fast-growing economy.

The delegation was dispatched at the request of UN Undersecretary-General for Peace Operations Jean-Pierre Lacroix. The delegation has in-depth knowledge of the engineering team’s performance and the difficulties it faces while performing its tasks in the mission area.