After more than six months of work combating the coronavirus, negotiating a bipartisan infrastructure bill and repairing the U.S. image abroad, President Joe Biden should be heading out on vacation and a traditional August break from Washington. 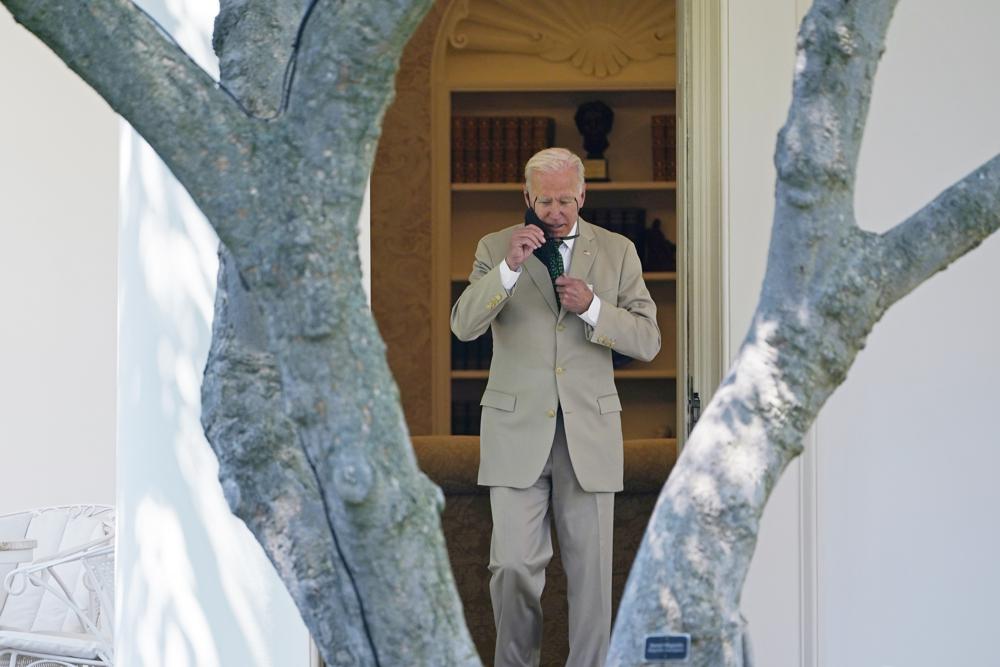 In this Aug. 6, 2021, photo, President Joe Biden walks out of the Oval Office and heads to Marine One on the South Lawn of the White House in Washington, as he heads to Wilmington, Del., for the weekend. (Photo: AP)

But with legislative work on the infrastructure bill keeping the Senate in session for a second straight weekend, and likely through next week, Biden hasn't gone far — just home to Wilmington, Delaware, as he has done most weekends since taking office.

"Every president is always working no matter where they are," White House press secretary Jen Psaki said, explaining that presidents can't ever really tune out.

Biden will spend some of next week at the White House before he decamps again, either for Delaware — he also owns a home in Rehoboth Beach — or Camp David, the official presidential retreat in Maryland's Catoctin Mountains, Psaki said.

The modern president is never completely free from work, tethered by secure telephone lines and other technology with a coterie of top aides and advisers always close by.

Like his predecessors, Biden travels with a large entourage of aides, Secret Service agents and journalists in an unmistakable motorcade of more than a dozen dark vehicles.

While the work is 24/7, presidents can — and very often do — change their surroundings when the August heat and humidity rise and Washington empties out.

Even when on a so-called vacation, presidents are still receiving briefings on national security, the economy and other issues, attending to matters of state and mapping future plans.

Biden and his aides are likely to discuss a range of issues, including getting the $1 trillion infrastructure bill through the Senate, strategizing next steps to counter surging coronavirus infections and eyeing the Aug. 31 deadline for the U.S. pullout from Afghanistan.

"I would say a vacation for a president really means working two-thirds of a day as opposed to what they might do in Washington, giving themselves a little bit more time, perhaps for a round of golf in the afternoon or for lounging on a beach for a few hours," said Jeffrey Engel, director of the Center for Presidential History at Southern Methodist University.

"But a president's never off duty," Engel added. Bush, for example, would "sort of symbolize the vacation by having his regular morning security briefing at 8 a.m. instead of at 7 a.m."

With luck, no crises will upend Biden's trip, whenever he decides to leave Washington for longer than a long weekend.

Trump's first impeachment trial loomed over his 2019 Christmas holiday at his private Mar-a-Lago club in Palm Beach, Florida. He spent much of his final winter holiday in office stewing over his defeat in the 2020 presidential election, a loss he has refused to acknowledge.

Obama interrupted his Christmas vacation in Hawaii in 2012 to return to Washington after he was unable to negotiate a compromise with Congress to avoid across-the-board tax increases. Then he flew back to Honolulu to rejoin first lady Michelle Obama and their daughters.

Obama was on summer vacation on Martha's Vineyard in 2014 when he responded to the beheading of American journalist James Foley by Islamic State militants. He went back to Washington for a couple of days before returning to the island.

Bush was at his Texas ranch when Hurricane Katrina flooded New Orleans in late August 2005. Bill Clinton ordered airstrikes against al-Qaida terrorists from Martha's Vineyard in response to the bombings of U.S. embassies in Kenya and Tanzania.

During weekends at home in Wilmington, Biden has ventured out to play golf, attend Mass and head to his sister's Pennsylvania home for family dinner.

He's been to the home in Rehoboth Beach just once so far, spending several days there with first lady Jill Biden in early June to celebrate her 70th birthday. They rode bicycles on a nearby trail.

It was unclear whether Biden will get more time at the beach this summer.

Rehoboth Beach is small, about 1 square mile (2.6 square kilometers) wide, and draws tens of thousands of visitors on summer weekends, posing a challenge for travel by motorcade. Biden arrived by helicopter in June, landing at a park near the house and being driven a short distance to his front door.

"Even presidents need the opportunity to unwind and let their hair down and relax," Rehoboth Beach Mayor Stan Mills said in an interview. "We're very proud of our community here in Rehoboth Beach. We're welcoming, refreshing. We're a happy place for so many, including the president of the United States."