WORLD 'Are we in Greece?': Migrants struggle to cross into EU from Turkey

'Are we in Greece?': Migrants struggle to cross into EU from Turkey

Some attempt to cut through a barbed wire fence while others hunt for wood and rocks to toss at police, but the final goal for the thousands of migrants at the Kastanies border town between Turkey and Greece is to reach Europe. 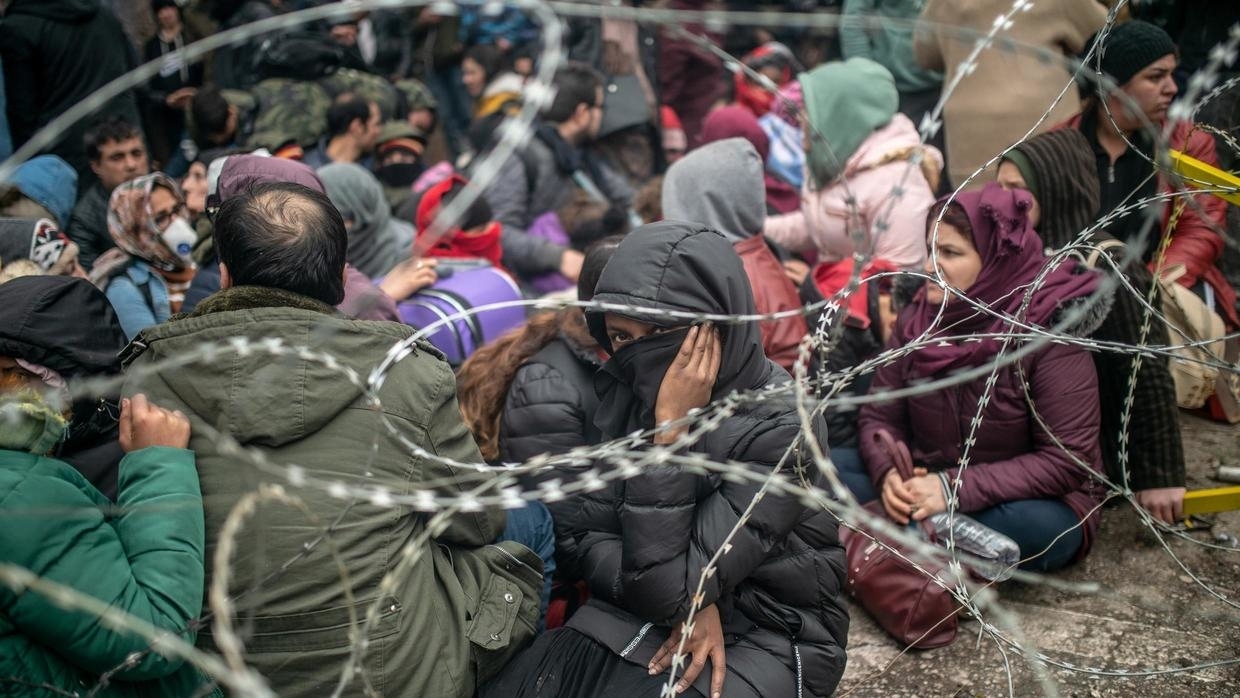 Some 500 Greek soldiers and armed police have other ideas, and occasionally fire tear gas to prevent what they fear could become a flood of people trying to cross the border.

The standoff emerged after Turkish President Recep Tayyip Erdogan vowed to allow refugees to cross into Europe from Turkey which he said can not handle new waves of people fleeing Syria. It already hosts 3.6 million Syrian refugees.

A few kilometres from the tense scenes at Kastanies, hundreds of migrants managed to enter northern Greece, crossing the Evros River which runs along the frontier for 200 kilometres.

"Are we in Greece?" asks a young Afghani as he walks in a group of 20 people along a provincial road near the town of Orestiada.

"Where can we find a taxi or a train to go to Athens?"

Since Erdogan's unwelcome announcement, armed security forces have patrolled along the Greek shores of the Evros -- which has become a common crossing point -- using loudspeakers warn anyone within earshot not to enter Greek territory. Drones also monitor migrant movements.

But the border area is vast and hard to cover for the surveillance teams.

"Evros river has a huge length and there are some convenient passages," to cross over, explains Christos Metios, regional governor of Macedonia and Thrace.

"The Greek forces are making efforts, but some migrants can slip through." he told Skai TV.

Border guards union chief Panagiotis Harelas showed journalists a number of Turkish tear gas canisters that he said had been thrown at the Greek forces by migrants.

A Greek policeman told AFP he and his team had been "arresting people all the time, from early in the morning."

Most of those picked up were young men "mainly from Afghanistan" who were carrying no luggage.

At Kastanies (called Pazarkule on the Turkish side), some 4,000 migrants have massed behind the fences, according to Greek police. Twenty-four hours earlier there were 1,200.

Some climb trees to get a better look at what's ahead of them, others throw chunks of concrete over to the Greek side. Some even toss teargas cannisters over the barbed wire.

On minor roads straddling the border, groups of refugees walk without rest. Some have lost their shoes in the river.

They are covered in mud and exhausted as they suffer in the cold and rain, hoping to reach Greece's second city Thessaloniki, which is three hours trudge away, or the capital Athens, where they would seek to contact UN representatives for aid.

"We have been walking for four days," Shadi, a 36-year-old from Iran, tells AFP wearily.

"We have crossed the river...  I want to reach Albania and from there to go to Europe," he adds as he marches near the village of Neo Cheimonio, about five kilometres west of the Turkish border.

He was travelling with a groups of Afghan and African men, with only the drenched clothes they are standing in.

In the Greek village of Marassia, near the river, cafe owner Popi Katrivezi has never seen anything like it.

"We are used in such a situations these last years but never anything like what has happened since Friday. It seems like thousands are coming in from Turkey," he told AFP.

Just a few meters away, some Afghan families, including five children, have found shelter in a chapel.

Worn out and hungry they beg for food and water.

"Help us!", they implore reporters.