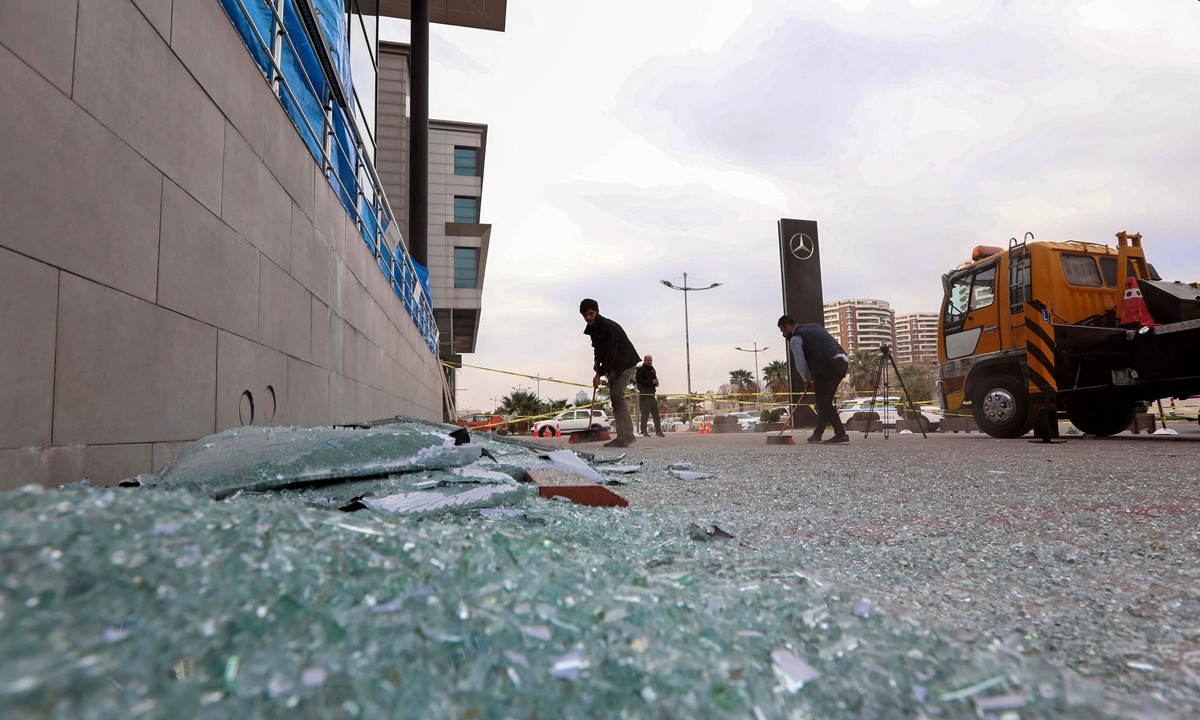 In this file photo taken on February 16, 2021 a worker cleans shattered glass outside a damaged shop following a rocket attack the previous night in Arbil, the capital of the northern Iraqi Kurdish autonomous region. (Photo: VCG)

Armed drones attacked Arbil international airport, which lies near the US consulate in this northern Iraq city, Kurdish security forces said in a statement Saturday.

"There are no victims in the attack carried out by two armed drones," said the statement.

The airport, which is also the base for a coalition force of anti-jihadist troops, suffered no damage, according to its director, Ahmed Hochiar.

An AFP correspondent heard two loud blasts and saw black smoke rising up into the sky and heard sirens around the US consulate.

Attacks of this kind, normally targeting US troops or US interests in Iraq, have become common in recent months.

Although no one claims responsibility for them, Washington blames pro-Iranian forces in Iraq.

The use of weaponized drones is a more recent development that poses a fresh challenge to coalition forces and the US-installed C-Ram anti-missile defense systems.

Booby-trapped drones were launched against Arbil international airport in July although they did not cause casualties or material damage that time, either.

A few weeks earlier, three drones targeted the airport in Baghdad, where US troops are also deployed.

Both Iran and the US have a military presence and allies in Iraq.

There are 2,500 American troops stationed there.

This latest attack comes on the 20th anniversary of the September 11 attacks on the US, in which nearly 3,000 people were killed.