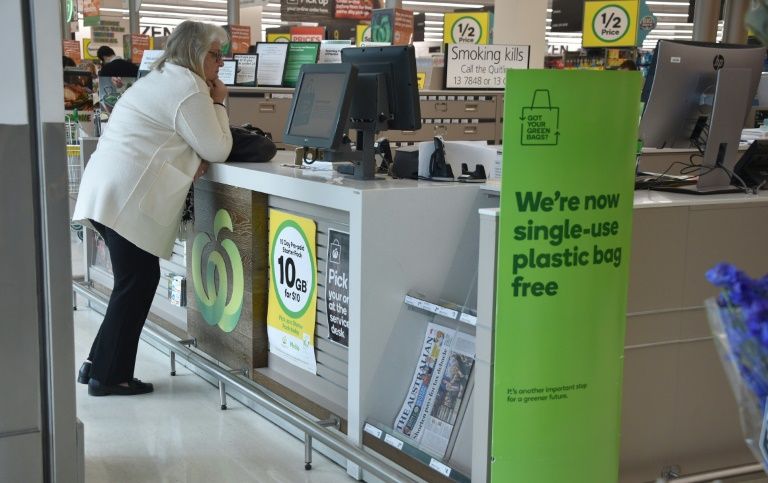 A sign, seen in a Woolworths supermarket, advises its customers of its plastic bag free in Sydney on July 2, 2018.  (Photos: AFP)

Dozens of supermarket staff have suffered abuse as two major Australian grocery chains struggled to impose a ban on single-use plastic bags, with one irate customer putting his hands around a shop assistant's throat.

The Coles ban came into force on Sunday. Woolworths' took effect on June 20, but the company was forced to delay the move by 10 days after customers complained, with staff bearing the brunt of their anger.

A survey by the Shop, Distributive and Allied Employees' Association -- the union that represents shop assistants -- showed that of the 141 members employed by the two chains to respond so far, 61 said they had been subjected to abusive behavior.

It included a worker being assaulted by a customer after being told there were no free plastic bags at a store in Western Australia state.

"A male customer in the self-serve area swore loudly at a female worker," the union's assistant secretary Ben Harris told AFP on Monday. "She provided him with some complimentary bags and apologized." 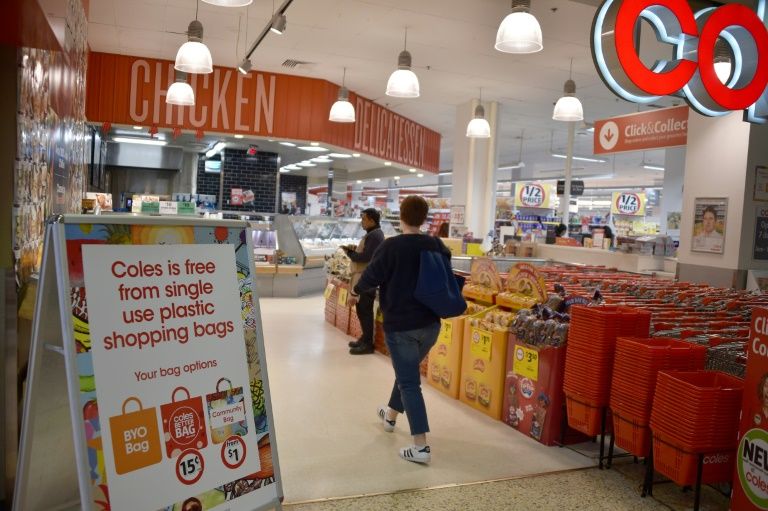 A sign, seen in a Coles supermarket, advises its customers of its plastic bag free in Sydney on July 2, 2018.

The customer then made a mistake by scanning an item twice, but when the same worker came to help him, "he walked up behind her and put his hands around her throat", Harris said.

Other customers have thrown grocery items on the floor and stormed off after swearing at staff.

"While we understand that some customers may be frustrated by this change, there is absolutely no excuse for abusive or violent behavior toward retail staff," Gerard Dwyer, the union's national secretary said in a statement.

He said the ban could also pose a health risk, with people bringing filthy used bags to pack their shopping without considering hygiene issues.

"In some cases, customers have attempted to use bags which contained vomit, dirty nappies or rat faeces. This is obviously unacceptable and presents a serious health risk to retail staff," he said.

According to US journal Science, eight million tons of plastic are dumped into the Earth's oceans and seas each year, with toxic particles ingested by fish and, through the food chain, by humans.

In response to mounting community calls for change, all states and territories in Australia now either have a plastic bag ban or are planning one, except New South Wales. Retailers face fines of up to Aus$6,000 if they do not comply.