Spain's defense minister accused Morocco of "aggression" and "blackmail" after a record 8,000 migrants arrived in the Spanish enclave of Ceuta this week, largely unimpeded. 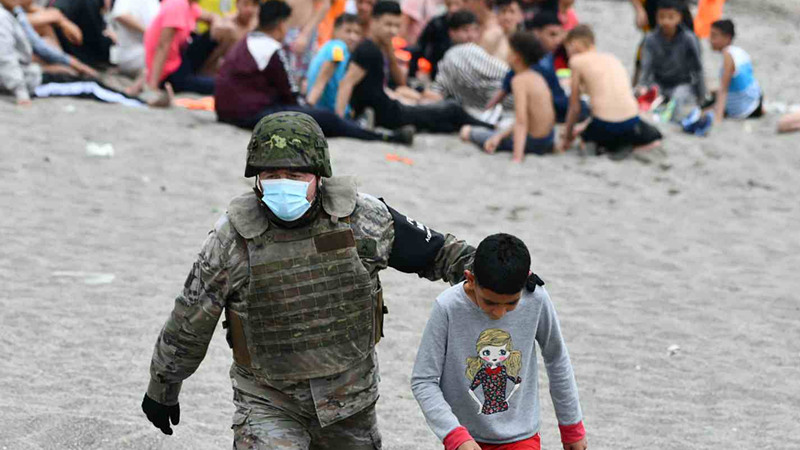 A Spanish soldier walks with a migrant. /Antonio Sempere / AFP

"It is an aggression of Spanish borders and of the borders of the European Union, and this, in international law, is unacceptable," Margarita Robles said during an interview with Spanish public radio, adding that Rabat was "using" minors.

Earlier this week, Spain deployed its military to the Moroccan border, expelling thousands of migrants who had jumped fences or swam to Ceuta, European soil. The influx of people trying to cross came days after Morocco loosened border controls amid a growing diplomatic argument with Spain.

Despite the presence of the military, hundreds of migrants still tried to force their way into Ceuta on Wednesday. On the Moroccan side of the border, police and migrants clashed in the town of Fnideq, several kilometers from Ceuta.

Spanish police divers have rescued several small children from the water during the crossing and soldiers deployed at the border could be seen helping youngsters to climb ashore. 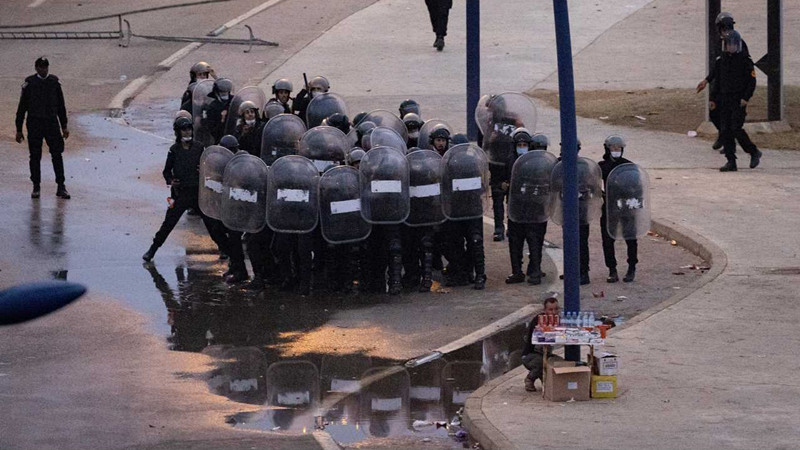 A street vendor hides behind his cigarette stand during light clashes between migrants and Moroccan riot police. /Fadel Senna/AFP

Of the thousands of migrants still in Ceuta, many were children, some as young as seven or nine, some without families, said Spain's Social Rights Minister Ione Belarra. It is illegal in Spain to deport minors.

"We are working to address the issue of children who have come alone," Belarra told broadcaster TVE. "Many of them did not know the consequences of crossing the border. And many of them want to go back. So we are working to make that possible."

Several Spanish and Moroccan non-governmental organizations have denounced the fact that these minors find themselves victims of the quarrel between the two countries and are worried about seeing them expelled to Morocco.

Tensions have been mounting between Madrid and Rabat after it was revealed that Brahim Ghali, leader of the Polisario Front, which wants independence for Western Sahara from Morocco, is receiving medical treatment in Spain.