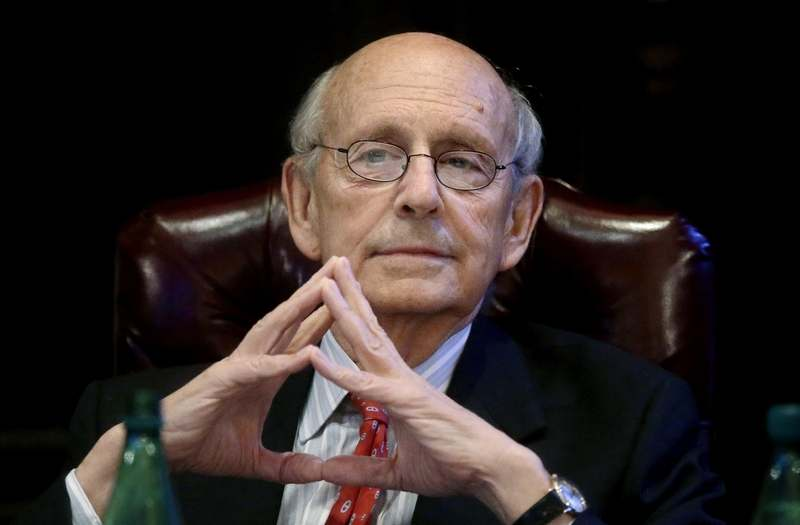 Pressure on US Chief Justice Stephen Breyer to retire is growing: progressive Democrats are anxiously eyeing his seat, Republicans have laid down the gauntlet, and issues from abortion to voting rights could all be at stake.

Top Senate Republican Mitch McConnell turned up the heat Monday when he said his party would block anyone nominated to Supreme Court by Democratic President Joe Biden if Republicans regain control of the Senate in the 2022 midterm elections.

No opposition majority party "would confirm a Supreme Court nominee in the middle of an election," McConnell said in a radio interview.

The next presidential election is not until November 2024. But what would happen, McConnel was asked, if a seat opened up in 2023 -- theoretically with plenty of time before Americans go to the polls?

Understanding the status of the nine justices on the highest US court requires some doublethink: the justices are appointed for life, which is supposed to guarantee their independence -- but they are chosen by the president and confirmed by the Senate, which makes their rise to the bench inherently political and forever colors their image.

Under the weight of this contradiction the justices play a defining role in American life. They often rule on issues which Congress cannot agree on: the Supreme Court, for example, ended school segregation, legalized abortion and approved gay marriages.

In the increasingly polarized United States the selection of a new justice has ignited multiple political crisis.

In 2016, when Republicans ruled the Senate, they refused for months to confirm a justice chosen by then-Democratic president Barack Obama to fill a vacancy opened by the death of Justice Antonin Scalia.

By running out the clock they allowed Obama's successor -- Republican Donald Trump -- to name his own justice soon after arriving at the White House.

A resignation in 2018 allowed Trump to appoint a second justice.

And when Justice Ruth Bader Ginsburg, a progressive icon, died less than two months before the 2020 election, Republicans whipped through confirmation of Trump's third justice, Amy Coney Barrett, cementing a conservative majority of six out of the nine seats.

The consequences could be significant. Hot-button topics including abortion, healthcare, voting and gun rights could all be impacted.

In a bid to dilute conservative influence, voices on the left are now calling for more seats to be added -- a move known as "packing."

Biden, once opposed to the idea, has appointed a panel to examine the measure. Their findings will be made public in the fall.

Meanwhile, to safeguard the three progressive seats left, some are calling on Breyer -- the 82-year-old appointed by President Bill Clinton in 1994 -- to retire while Democrats still have control of the Senate.

That would ensure they can push through Biden's pick to replace him, likely maintaining the balance of the court at 6-3.

Progressive Democratic star Alexandria Ocasio-Cortez stirred the pot further when she was asked Sunday if Breyer should retire - she said she would "lean towards yes."

Breyer has not responded to the growing calls, which include a billboard on a truck that reads "Breyer, retire" spotted in Washington, where the court sits.

A former Senate counsel, Breyer understands the inner workings of power -- but is committed to the court's impartial image.

In an April speech at Harvard University he warned that public confidence in the rule of law would decline if "the public sees judges as politicians in robes."

"There's a good chance that overt political campaigns like the 'Breyer, retire' truck will backfire and drive Justice Breyer to remain on the bench," notes Christine Kexel Chabot, author of a book on the Supreme Court.

But the battles of 2016 and 2020 "might illustrate how a decision to remain on the Court could create a different type of political mess," she added.

The "untimely" deaths of Scalia and Ginsburg "thrust the Court into an undesirable political limelight and also left it short staffed."

However it was "unclear whether these concerns will motivate Breyer," she said.

Most Democratic lawmakers are staying quiet on the subject - but they are also preparing for what comes next.

On Monday, they confirmed African-American Justice Ketanji Brown Jackson to the federal appeals court in Washington, a stepping stone to the Supreme Court.

Biden has promised that, if he can, he will appoint a Black woman to the high court.