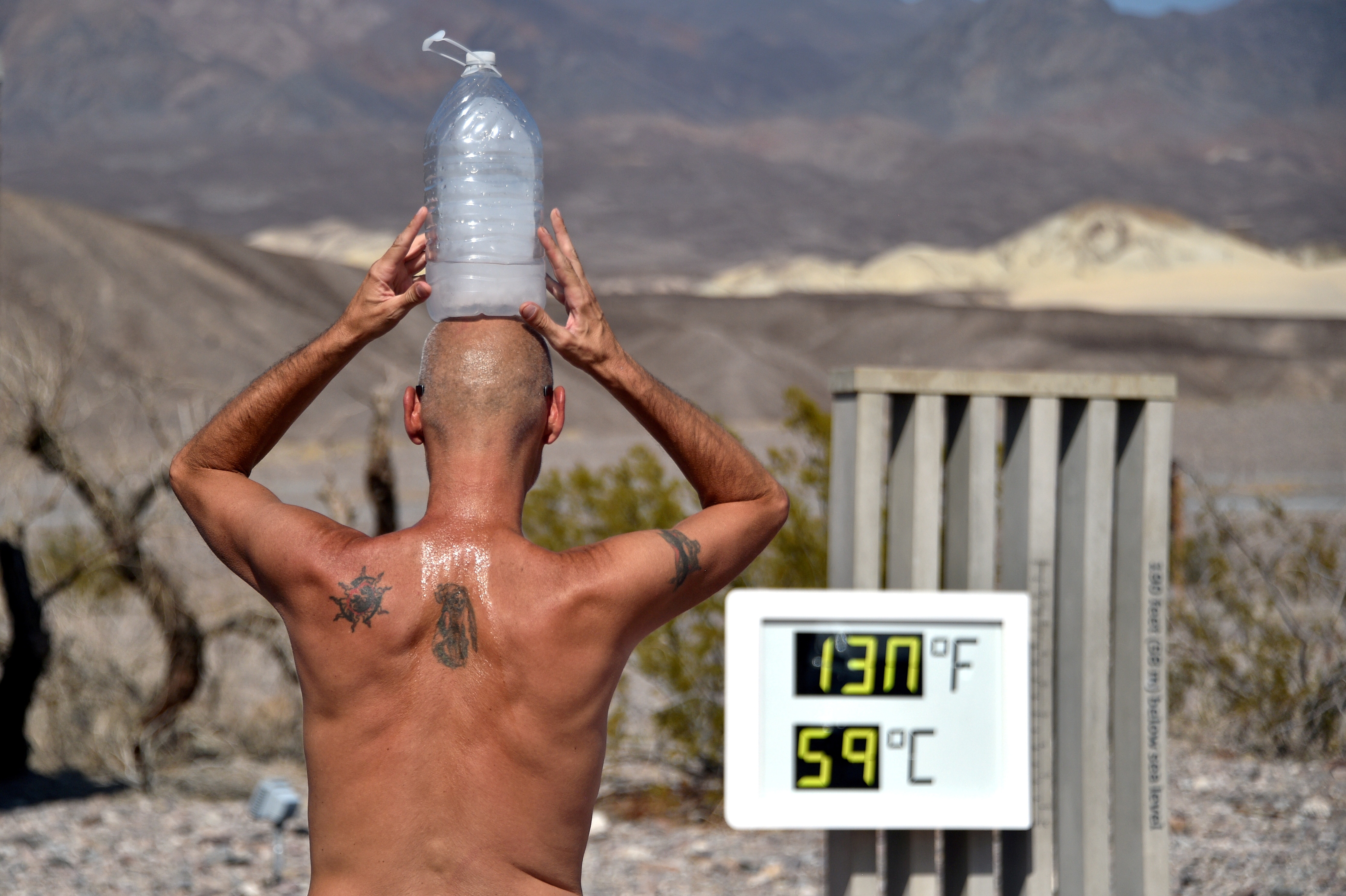 Global scientists warned on Monday that the world will get hotter and extreme weather more severe, even if CO2 emissions are drastically reduced. (Photos: Agencies)

Global scientists on Monday issued their starkest analysis yet on climate change, warning that the world will get hotter, that the catastrophic effects of climate change will get worse – and that humans are to blame.

The landmark report issued by the Intergovernmental Panel on Climate Change (IPCC) said that unless there were "immediate, rapid, and large-scale" reductions in greenhouse gas emissions, limiting global warming to the internationally agreed threshold of 1.5 degrees Celsius would "be beyond reach."

Even under a best-case scenario, the scientists said the global temperature rise was "likely" to breach that threshold in the next two decades, earlier than some past predictions.

"Climate change is a problem that is here now. No one is safe, and it's getting worse faster," said Inger Andersen, Executive Director of the United Nations Environment Programme at a press conference unveiling the report. "We must treat climate change as an immediate threat."

"The alarm bells are deafening, and the evidence is irrefutable: greenhouse gas emissions from fossil fuel burning and deforestation are choking our planet and putting billions of people at immediate risk," he said in a statement. 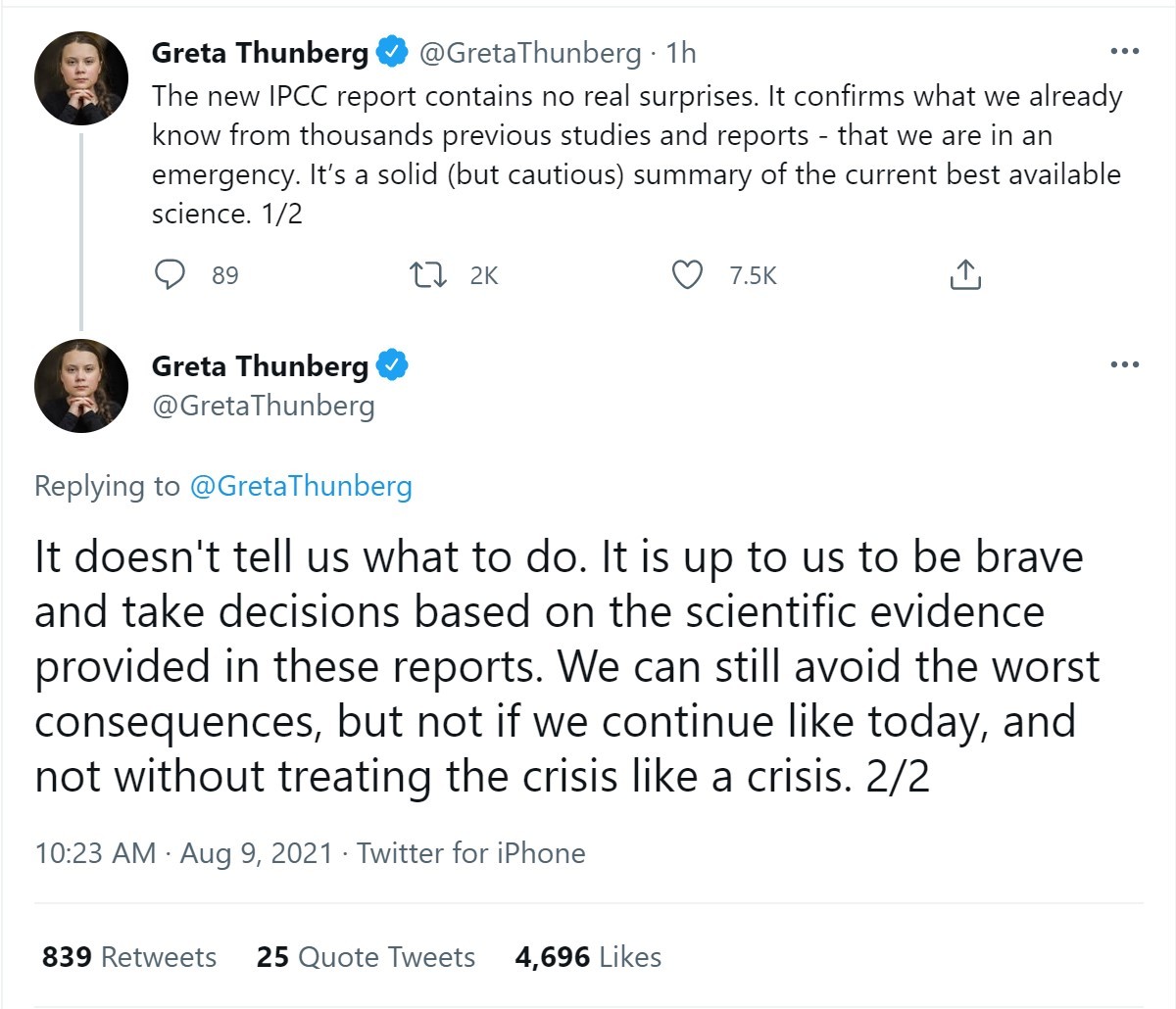 Climate activist Greta Thunberg said the IPCC report contained "no real surprises" and that it was a "cautious" summary of already available information.

"It doesn't tell us what to do. It is up to us to be brave and take decisions based on the scientific evidence," she tweeted, adding that the world can still avoid the worst outcome, but only if it starts "treating the crisis like a crisis."

The report gives the clearest assessment ever of how human-induced greenhouse gas emissions, from decades of burning fossil fuels, oil and gas for energy, have changed the planet.

According to the report, the concentration of heat-trapping carbon dioxide gas is at the highest level in at least 2 million years, enough to guarantee climate disruption for hundreds if not thousands of years to come. 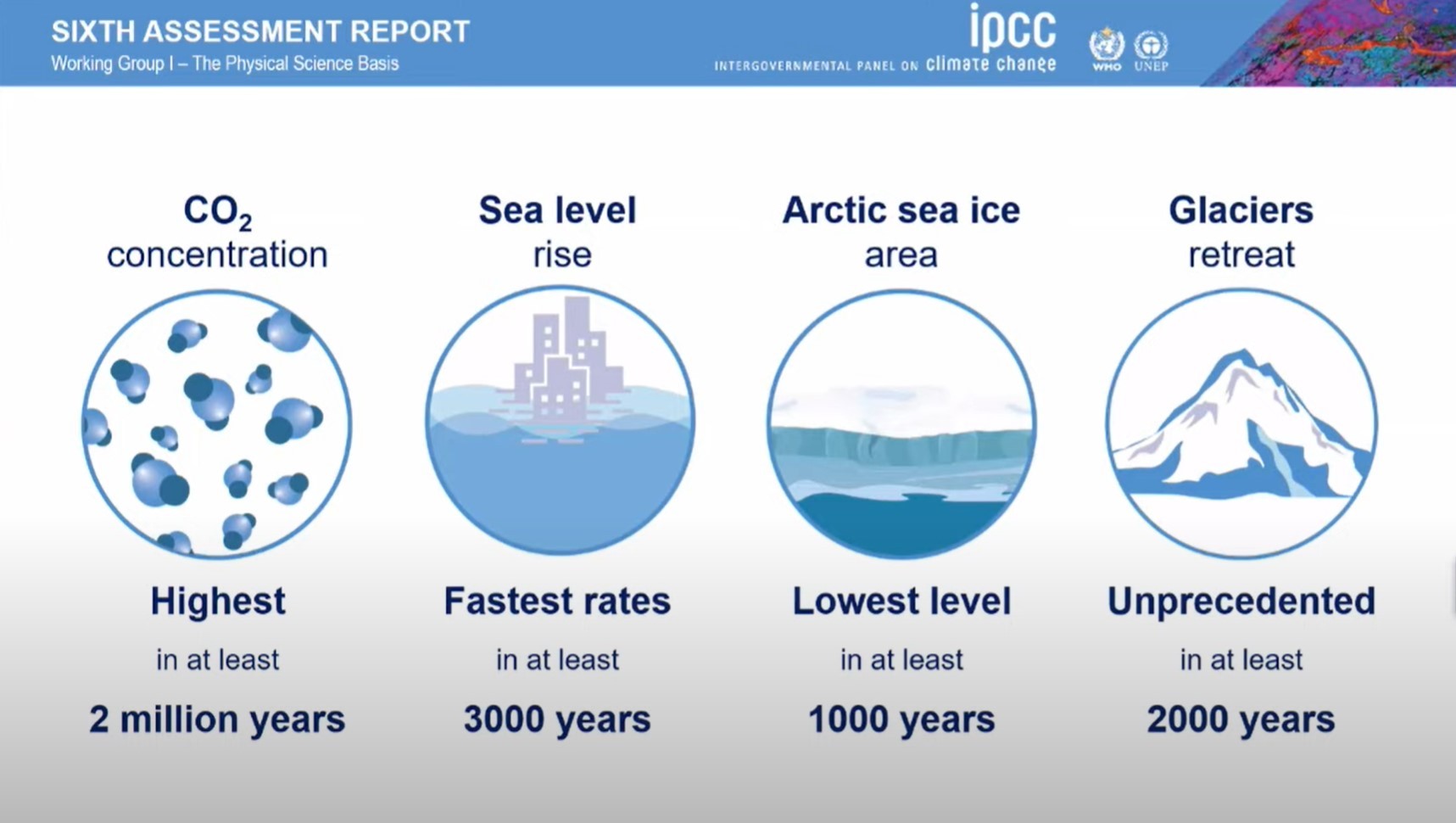 The damage could be even longer-lasting for the world's oceans, ice sheets and sea levels, where changes will be "irreversible for centuries to millennia" as heat trapped deep in the oceans continues to cause melting.

Sea levels are already rising at the fastest rates in at least 3,000 years, while Arctic sea ice area is at its lowest level in at least 1,000 years. 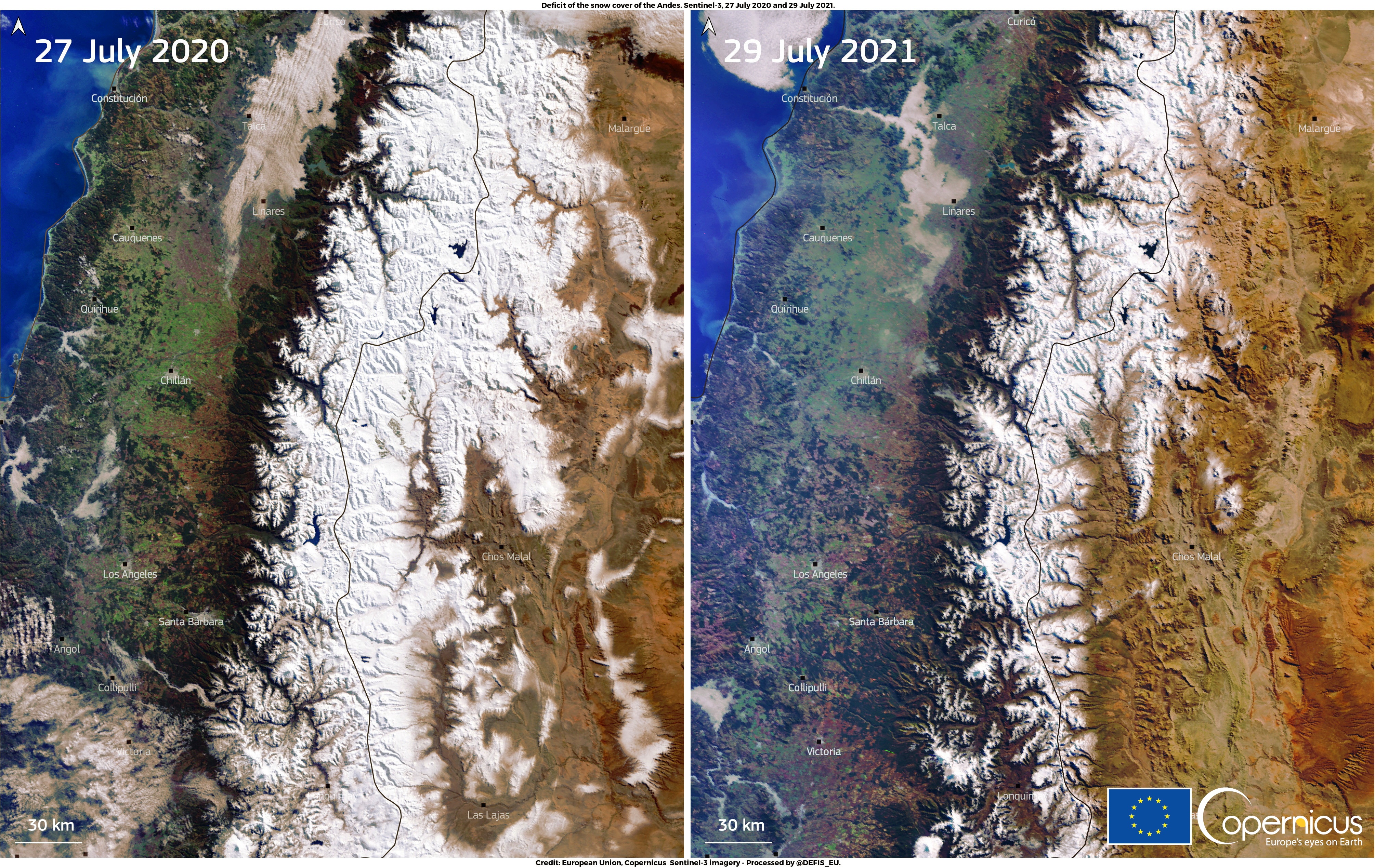 Satellite image of ice sheet loss over the Andes mountain range. The IPCC report said ice will continue to melt for hundreds, if not thousands of years.

"It is indisputable that human activities have caused and are causing climate change," said Panmao Zhai, climatologist and Co-Chair of IPCC Working Group I.

"What's new in this report is that we now have a much more advanced understanding of the connections between the emissions we release and the rise in global temperatures and the change to weather and the climate."

The IPCC report comes as large wildfires whip across Greece, Turkey, Italy and California. And just weeks after severe flooding left hundreds dead in Germany, Belgium and China. Scientists said this is just a glimpse of what the future could hold if major action isn't taken. 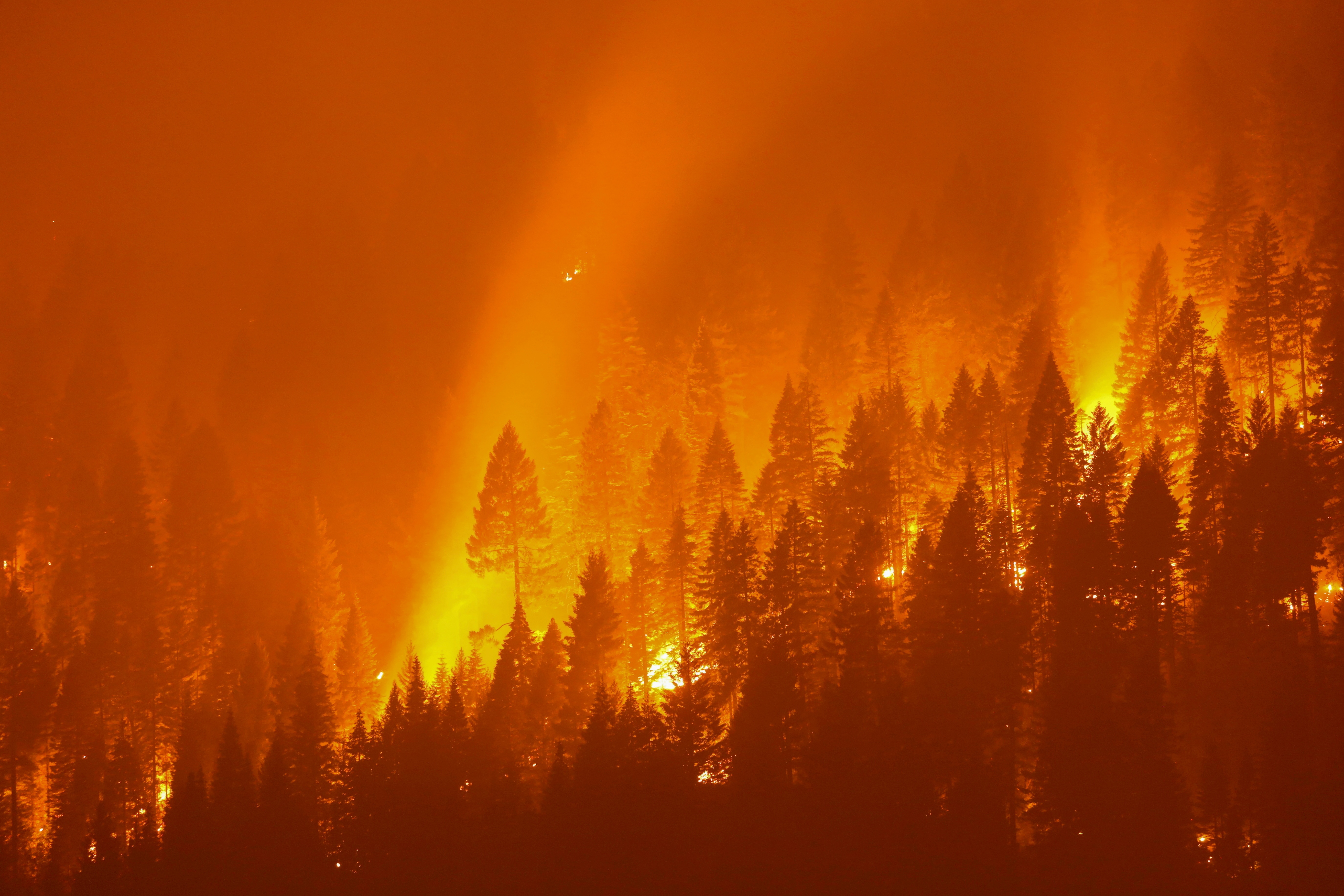 The IPCC report comes as wildfires rip across Greece, Turkey, Italy and California.

The report should stand as a wake-up call for global leaders who meet in Glasgow, Scotland in November for COP26 climate negotiations. With critics saying the pledges made so far to reduce greenhouse gas emissions are inadequate, nations are coming under increasing pressure to be more ambitious – and to lay out specific strategies for how they will reach those targets.

"If we stop warming at 1.5 degrees, then we will also stop many of these extremes from getting worse," said IPCC author and climate scientist at the University of Oxford Friederike Otto. "And I think that while we are committed to some changes – particularly sea-level rise, glacial melt – still to come for many decades, we can slow these changes down and we can stop many of the others from getting worse by urgently and drastically reducing CO2 emissions in the next decade."