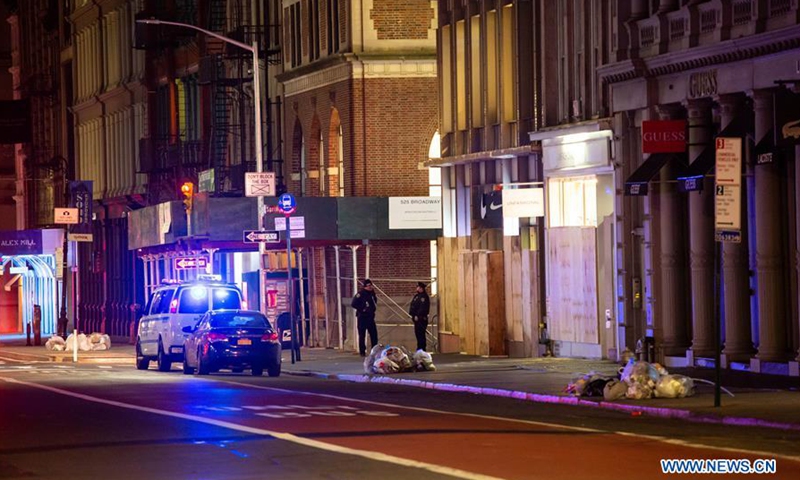 The annual homicide total for New York City, New York, has been on the rise for three consecutive years, following a modern-era low of 292 in 2017. As of Tuesday, some 447 murders have so far been logged in the Big Apple for the outgoing year.

Just days before the end of 2020, NYC is observing an over 40% increase in homicides from the previous year, according to a Tuesday report in the Associated Press.

"We're definitely coming out of that dark period," Police Commissioner Dermot Shea told the outlet. "The confluence of COVID into the protests into all of the debate about defunding the police — I can't imagine a darker period."

Protests included anti-racism marches following the May 25 death of George Floyd and a subsequent "Defund the Police" movement which seeks to reapportion a percentage of current police funding to nonpunitive programs that benefit public safety and health.

Related demonstrations and accompanying violence led to US President Donald Trump threatening to send federal agents to NYC over the summer. The US president and the US Department of Justice later suggested that the city was an "anarchist jurisdiction."

Some argue that the spike in homicides is also related to poverty in the city.

"The coronavirus has had a devastating impact on society in low-income communities, and it just adds to the social disorganization that exists," Samuel Walker, a policing expert and professor emeritus at the University of Nebraska at Omaha, stated to the AP.

A veteran NYPD sergeant assigned to the Lower Manhattan area told local outlet The City that there are a "combination of things" contributing to the increase of murders and shootings in general.

"There's been so many recent changes with the body cameras and the overzealous supervision of cops. Officers are afraid to do anything because they don't want to make a mistake and get in trouble," he claimed earlier this month.

"They're afraid to stick their neck out to do anything because they don't want to get fired."

Alex Vitale, coordinator of the Policing and Social Justice Project at Brooklyn College, argued that the increase in killings and other crime can be traced to COVID-19 pandemic.

"Why has there been an increase in shootings? It's pretty closely correlated with the onset of COVID. Especially the period right after the most intensive lockdowns. So I think what we're seeing here is a response to a deep, deep level of sort of social and economic instability and insecurity," he suggested.

"That's creating a tremendous amount of stress in already stressed communities. And some of that is getting expressed as interpersonal violence."