WORLD 'Do your own job': German ministers row before cabinet get-away

'Do your own job': German ministers row before cabinet get-away 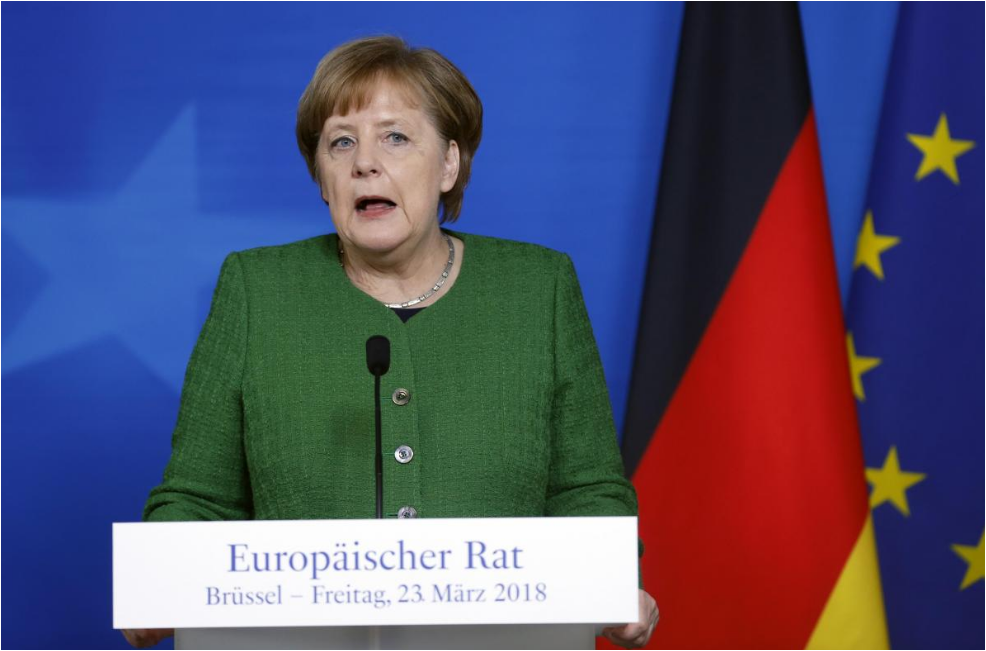 Tempers are fraying in Chancellor Angela Merkel’s new cabinet before she gathers ministers on Tuesday for a two-day retreat aimed at team-building in the ruling coalition, which took power just last month.

Simmering antipathy between the awkward partners boiled over on Saturday in a row over law enforcement, highlighting the challenge Merkel faces to forge a team spirit in the alliance of her conservatives and the left-leaning Social Democrats (SPD).

The row broke out after Health Minister Jens Spahn told the Neue Zuercher Zeitung earlier this week that in working-class areas in Essen, Duisburg or Berlin “there is the impression that the state is no longer willing or able to enforce the law.”

Andrea Nahles, poised to take over as SPD leader this later month, said Spahn - a conservative - should focus on the health portfolio.

“Before Health Minister Spahn bad-mouths the home affairs situation in too-clever-by-half interviews ... he should take care of his own job,” she told the RND newspaper group, noting the conservatives have held the interior ministry for 13 years.

Merkel took office last month as chancellor for a fourth, and likely final, term that may prove her most challenging yet as she leads the fragile coalition with her personal standing diminished following Germany’s 2015 refugee crisis.

Her conservatives only turned to the SPD to prolong their ‘grand coalition’ - in power since 2013 - out of desperation after talks on a three-way alliance with two smaller parties collapsed last November.

But the SPD only agreed to take part in the coalition re-run after a divisive internal debate that ended when party members voted last month to back the alliance.

Now, the pressure is on for both camps to deliver: a clause in their coalition deal that envisages a review of the government’s progress after two years gives each the opportunity to leave the alliance then if it is not working for them.

Ahead of Tuesday’s cabinet gathering at Merkel’s Schloss Meseberg country residence, Interior Minister Horst Seehofer backed up Spahn, remarking to mass-selling daily Bild that his discussion about law enforcement “is good for our country”.

Taking aim at Spahn, who has a history of making controversial statements, Nahles shot back: “Employees who make big speeches but don’t do their job annoy their colleagues and in real life get into trouble with the boss.”

She pressed Merkel to “get government business up and running” and said she expected a timetable for the next 12 months to come out of the Meseberg meeting.

An Infratest Dimap poll for ARD published on Thursday showed just 32 percent of respondents were happy with the government.