CANBERRA - Australian Prime Minister Scott Morrison has announced a deal to guarantee free access to a potential COVID-19 vaccine for all Australians. 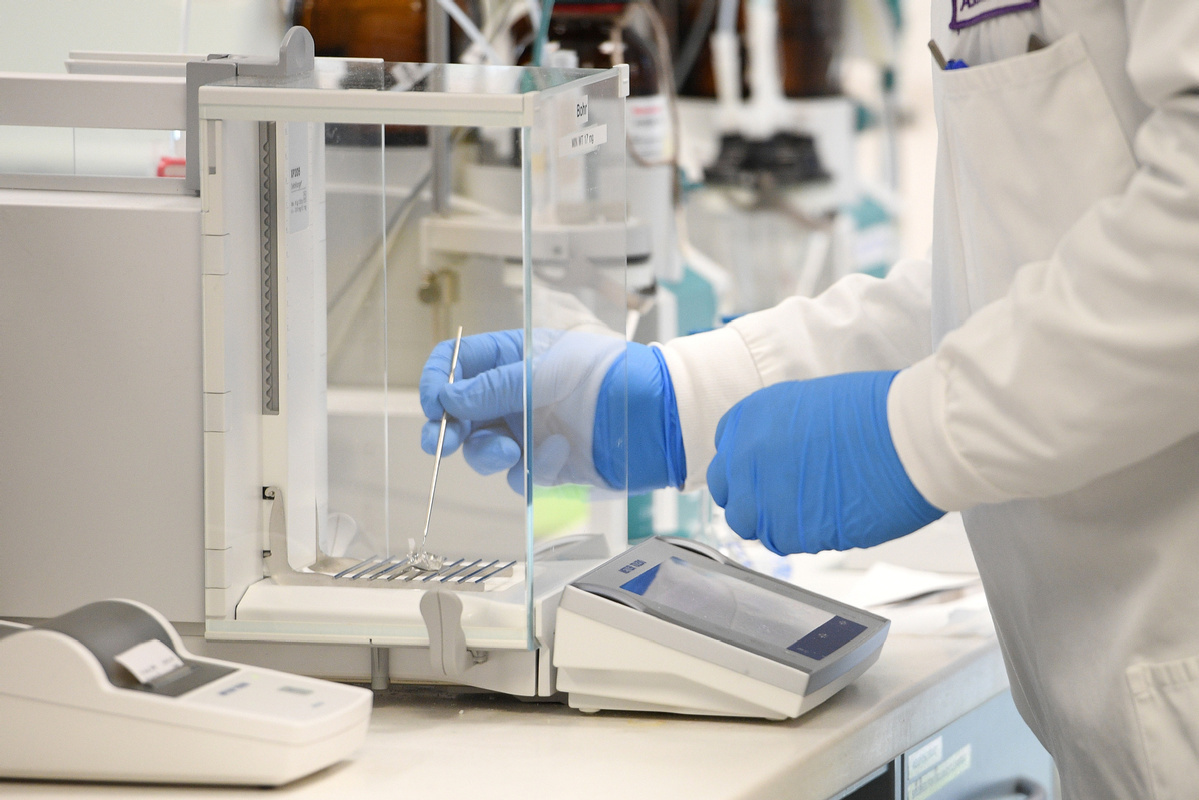 A chemist works at AstraZeneca's headquarters, after Prime Minister Scott Morrison announced Australians will be among the first in the world to receive a coronavirus disease (COVID-19) vaccine, if it proves successful, through an agreement between the government and UK-based drug company AstraZeneca, in Sydney, Australia, August 19, 2020. [Photo/Agencies]

Morrison on Wednesday announced that his government has signed a letter of intent with British-based drug company AstraZeneca to produce a promising candidate vaccine developed by University of Oxford locally if trials prove successful.

He said that if this vaccine proves successful Australia would begin manufacturing it, pledging that "every single Australian" will receive it free of charge.

"The Oxford vaccine is one of the most advanced and promising in the world, and under this deal we have secured early access for every Australian," Morrison said in a media release on Wednesday.

"If this vaccine proves successful we will manufacture and supply vaccines straight away under our own steam and make it free for 25 million Australians."

"However, there is no guarantee that this, or any other, vaccine will be successful, which is why we are continuing our discussions with many parties around the world while backing our own researchers at the same time to find a vaccine."

Morrison said that he hoped that the vaccine would be available to Australians in early 2021.

"I'm advised that we'll need about a 95 percent vaccination rate across the country, that is the normal target range for when you're having a vaccination program," he said in a press conference on Wednesday.

"We'll be seeking to ensure that that is widely implemented with our partners around the country to ensure that should the vaccine be available then we will be able to move quickly, get it out across Australia and that we can get Australia back to normal as quickly as we possibly can."

Under the deal announced by Morrison, the letter of intent covers vaccine development, production and distribution.

It commits to production of the vaccine in Australia, subject to safety and effectiveness. And a final formal agreement will include distribution, timing and price of the vaccine.

Morrison also said that there are around 160 different vaccine projects around the world, and the Oxford University trial was in a phase three stage and more work was needed to prove its viability.

Greg Hunt, the Minister for Health, said that the deal was the result of "months" of work.

"From early on Australian officials led by my department has been meeting with developers and manufacturers of a number of promising vaccine candidates, both domestic and international, over recent months," he said in a media release.

"We are confident these actions and targeted investments will put us in the best possible position to secure early access to safe and effective vaccines for Australia."

The government has also released Australia's COVID-19 Vaccine and Treatment Strategy, guided by a group of medical and industry experts.

The strategy sets out Australia's approach to acquiring doses of safe and effective COVID-19 vaccines based on: research and development, purchase and manufacturing, international partnerships, regulation and safety Immunisation administration and monitoring.