'Eye of the storm': Diverse east London grapples with virus 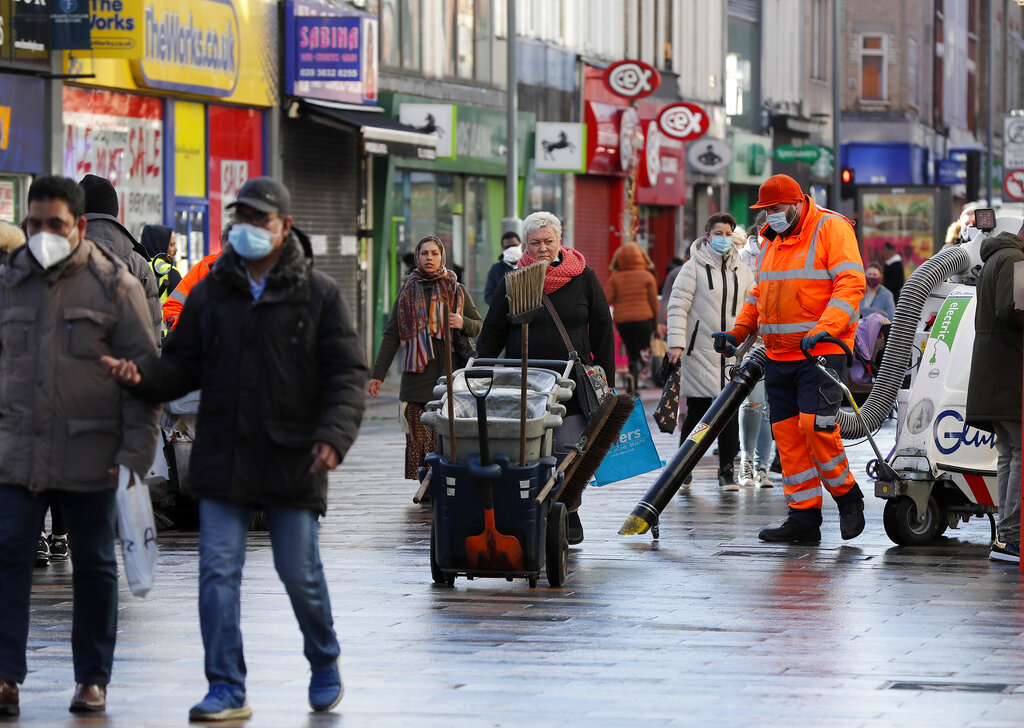 Taxicab driver Gary Nerden knows colleagues who got seriously ill from COVID-19. He knows the area of east London where he lives and works has among the highest infection rates in the whole of England. But since he can’t afford not to work, he drives around picking up strangers for up to 12 hours a day, relying on a flimsy plastic screen to keep him safe.

“I’ve got people telling me they won’t wear a mask, saying they’re exempt,” said Nerden, 57. “I’ve got diabetes, I have to look after myself. I wipe the handles, the seat belt, after every customer, but that’s all I can do, really.” 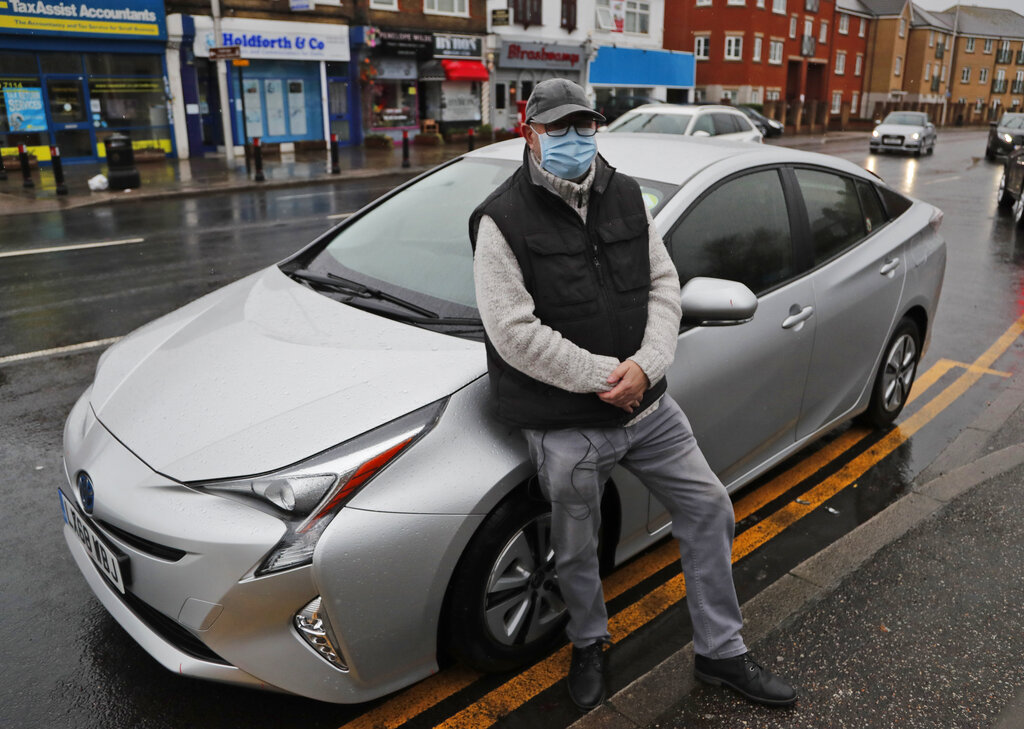 Nerden and his wife, a hospital administrative worker, live in the outer London borough of Redbridge, which in mid-January had the country's second-highest rate of residents testing positive for the coronavirus: 1,571 cases per 100,000 people. Official figures estimated that at one point, 1 in 15 people there had COVID-19 — even after the government imposed a third national lockdown to control a fast-spreading, more contagious variant of the virus.

Redbridge and its surrounding areas, which lie on a commuter belt between the capital's northeast and coastal Essex, have been dubbed the “COVID triangle” because they all topped England's worst infection rates in recent weeks. While case rates have come down significantly, local leaders said the situation remained critical and the borough was still “in the eye of the storm.”

They say the area’s large number of essential workers in public-facing jobs, combined with dense housing and high levels of poverty, contribute to why the virus has hit it much harder than most places in the U.K. Those factors also make fighting the pandemic there particularly challenging.

“We have some of the most front-line workers here in the community: the taxi drivers, the NHS (National Health Service) workers, the train drivers going into central London, the commuter workers, the cleaners,” Redbridge Council leader Jas Athwal said.

“People are taking their chances — is it about feeding my children, or risking myself with COVID? And of course, they need to feed their children,” Athwal added. “All that accounts for the excess number of virus infections, the deaths, because people are having to go out to do their job.”

Many of those lower-income workers with high exposure to the virus are from ethnic minority backgrounds, who are among the most at-risk — as well as the hardest to persuade to get vaccinated. Redbridge’s population is among the most diverse in the country, with large Indian, Pakistani and Bangladeshi communities and fewer than 40% of residents identifying as white British.

Numerous studies have shown that the pandemic is causing disproportionate serious illness and deaths among ethnic minorities and those from poorer households. In the U.K., Public Health England found that after accounting for factors like age and sex, people of Bangladeshi heritage were dying from COVID-19 at twice the rate of white Britons. Black people and other Asian groups also had a 10% to 50% higher risk of death. 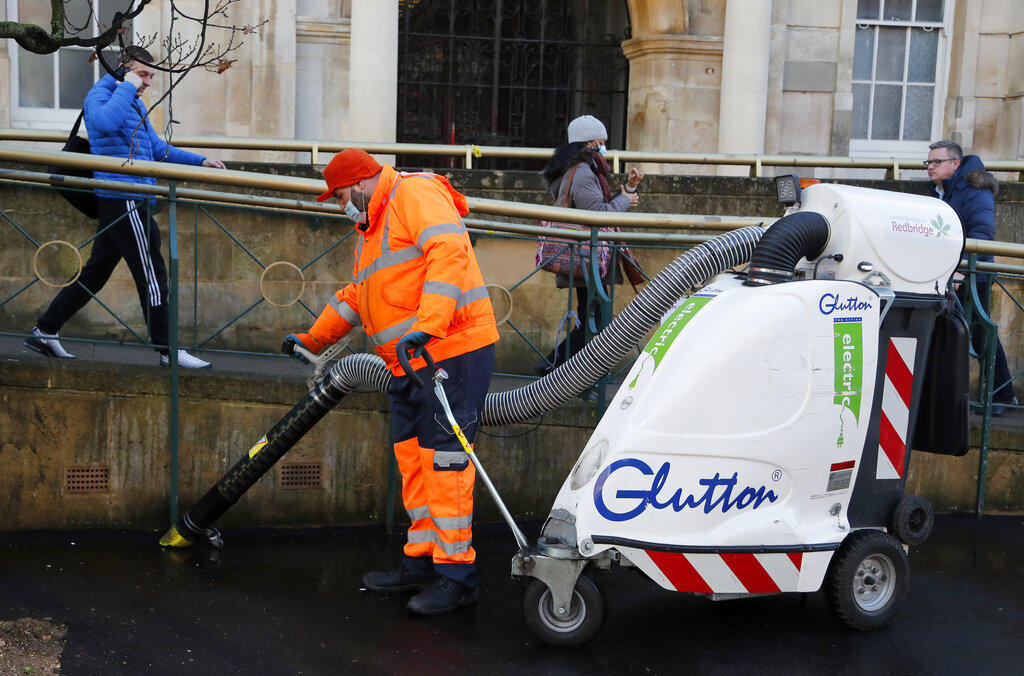 Experts say that is due to a combination of factors. People from minority groups are more likely to live in crowded housing and to take poorly ventilated public transport to go to work. They are also more likely to have long-term conditions like heart disease and diabetes that increase their risk of becoming seriously ill if they catch the virus.

Khayer Chowdhury, a Redbridge councilor of Bangladeshi descent, said many Asian households in the borough are multigenerational families living together under one roof, giving the virus greater opportunity to spread.

“Our diversity makes us unique, but it also makes us vulnerable,” he said.

Britain has lost more than 100,000 lives to the coronavirus, the worst death toll in Europe.

“Here in the community, everybody knows somebody who’s passed away," Athwal said. “The fear is finally starting to hit home.”

Officials say a small but increasing number of people are breaking restrictions, partly because of fatigue with lockdown rules. Enforcement officers have broken up gatherings and “car meets,” shutting down and fining clubs and restaurants for hosting parties. On a recent weekday, a large team of police officers patrolled the main shopping street, which bustled with a steady stream of people despite the government's "stay at home” message.

But the bigger challenge is on the vaccination front. Several U.K.-based studies have suggested that vaccine take-up rates for both the coronavirus and other jabs among Black people and minorities are significantly lower than that in the general population. Some researchers say that's caused by longstanding distrust of authorities and disengagement from public health messages, and exacerbated by anti-vaccine posts on social media.

Local resident Salman Khan and his wife said they were not sure they would have the jab if offered, because the pandemic has made them question “whether the government and the news is telling the truth.”

Dr. Anil Mehta, a local doctor, said health officials are making every effort to reach the poorest and hardest to reach communities. This week he is offering vaccine shots out at homeless shelters, hoping to inoculate the area’s many refugees and those sleeping rough. He said he’s also taken up the role of “myth-buster,” trying to dispel misinformation and conspiracy theories.

“People believe in all sorts of things — this is affecting fertility, or against Black Lives Matter," Mehta said. "There is a lot of hesitancy, whether they want it, whether they trust us. That’s our battle at the moment.”