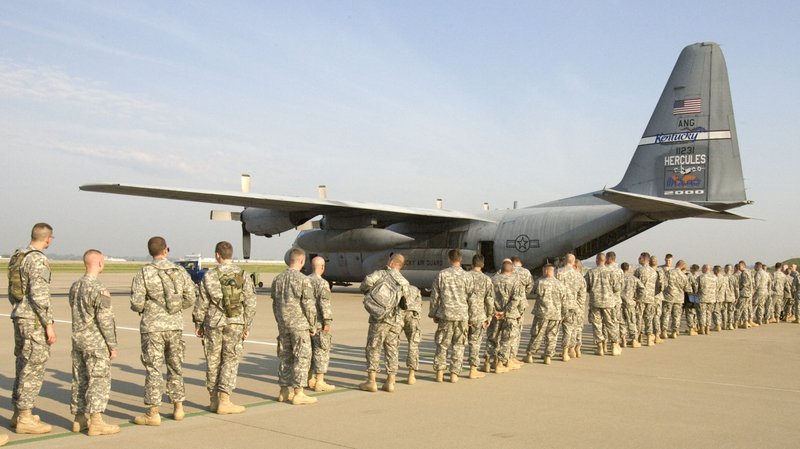 The US National Guard faces a vastly different environment than it did on its last two deployments to the border with Mexico, with far fewer illegal crossings and more Central Americans than Mexicans coming.

Still, its role is shaping up much the same: moving more Border Patrol agents from behind-the-scenes jobs to the front lines.

President Donald Trump told reporters Thursday that he wants to send between 2,000 and 4,000 National Guard members to the US-Mexico border to help federal officials fight illegal immigration and drug trafficking. That estimate is lower than the 6,400 Guard members that former President George Bush sent to the border.

From 2006 to 2008, the Guard fixed vehicles, maintained roads, repaired fences and performed ground surveillance. Its second mission in 2010 and 2011 involved more aerial surveillance and intelligence work. People involved in both operations say the Guard was the Border Patrol’s “eyes and ears.”

Federal law limits military involvement in civilian law enforcement, creating a supporting role for the Guard. The Trump administration and governors haven’t said precisely what the troops will do, but Homeland Security Secretary Kirstjen Nielsen anticipates vehicle maintenance and aerial surveillance will be in the mix.

Operation Jump Start, from May 2006 to July 2008, sent 6,000 troops to the border in its first year and 3,000 the second year and was framed as a way to buy time amid an unprecedented Border Patrol hiring spree and heavy political pressure for immediate action. The Border Patrol ballooned by thousands of agents during the operation to about 20,000, roughly where it is today.

About 40 percent of troops went to Arizona, the busiest corridor for illegal crossings at the time, followed in order by Texas, California and New Mexico. The Border Patrol made about 1.1 million arrests the year Jump Start began, nearly four times what it did last year.

The Guard was assigned to observation posts some distance from the border for safety reasons, using binoculars and other gear to spot people crossing. Richard Barlow, then a top Border Patrol official in San Diego, said their success as lookouts varied because they were unarmed and needed protection in more dangerous areas.

“They aren’t allowed to have contact (with people arrested), so they’re basically eyes,” Barlow said.

Arrests had fallen by about half and hundreds of miles of border barriers were added by May 2010, when Operation Phalanx sent 1,200 troops to the border amid backlash to the killing of an Arizona rancher. Crossers were still largely Mexican men entering the country through Arizona deserts.

The Guard flew planes at high altitudes to identify people crossing, said Barlow, then the Border Patrol’s top agent in Tucson, Arizona. It also responded by helicopter to agents who asked for help when closing in on a group.

A bigger focus on intelligence work involved mining for trends and collaborating with investigators from other agencies, Barlow said.

Since then, crossings have shifted to Central American women and children crossing in Texas’ Rio Grande Valley, many of whom turn themselves in to authorities and seek asylum or other protection. Mexicans accounted for only about four of every 10 arrests last year, down from about nine of 10 during the Guard’s previous deployments.

A shared border means Mexicans can often quickly be turned around, but the Border Patrol holds Central Americans until another agency takes custody, typically within three days.

“The numbers are the numbers, but the type of numbers is what’s critically important today,” said David Aguilar, Border Patrol chief during the Guard’s first deployment and deputy commissioner of parent agency Customs and Border Protection during the second.

Then-Border Patrol Chief Mark Morgan testified in 2016 that he never imagined his job would entail procuring baby powder and baby wipes. Agents’ tasks include ensuring burritos are served at the right temperature.

“It takes a tremendous amount of resources to do this,” Morgan said.

Aguilar, who retired in 2013, said he expected the Guard to take on surveillance work again — this time by air, ground and water. It’s unclear if federal law allows troops to run detention facilities, but Aguilar doesn’t see that happening.

“Is (the Department of Defense) and National Guard equipped to do that, trained to do that?” he said. “Just like the Border Patrol, the answer is no, nor should they be encumbered with those responsibilities. That’s not what our military does.”