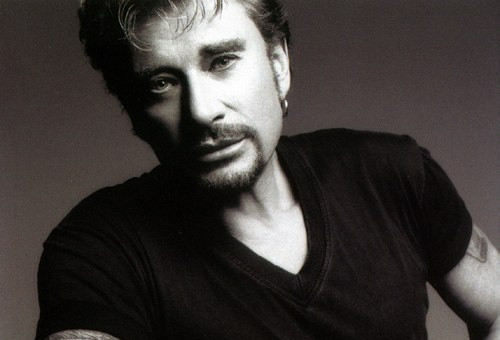 The "French Elvis" Johnny Hallyday died on Wednesday at the age of 74, French President Emmanuel Macron announced, sending his fans into mourning.

"For more than 50 years, he was a vibrant icon," said Macron after a concert of Hallyday this summer. Macron called Hallyday a "French hero" after the announcement of his death.

The rock star, born in Belgium, started his career at the age of 10, recording dozens of classic songs and performing at more than 400 concerts. He sold more than 100 million records in all.

The rock and roll giant, who had strutted on the stage for more than 50 years, was the first-ever rock star in France and earned himself the tag, "French Elvis."

Hallyday added a French style to some of the English rock songs. All his songs were recorded in French and that’s why he was never famous in English-speaking countries, reports said. 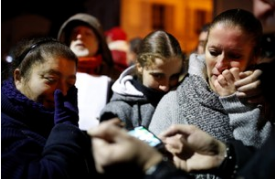 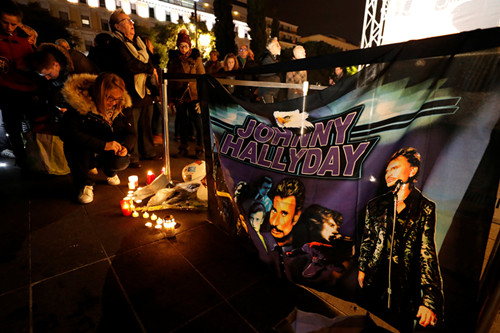 A farewell ceremony is in the works, with the date to be confirmed. Elysee said that the funeral will start from the Arc de Triumphe to Madeleine Abbey. 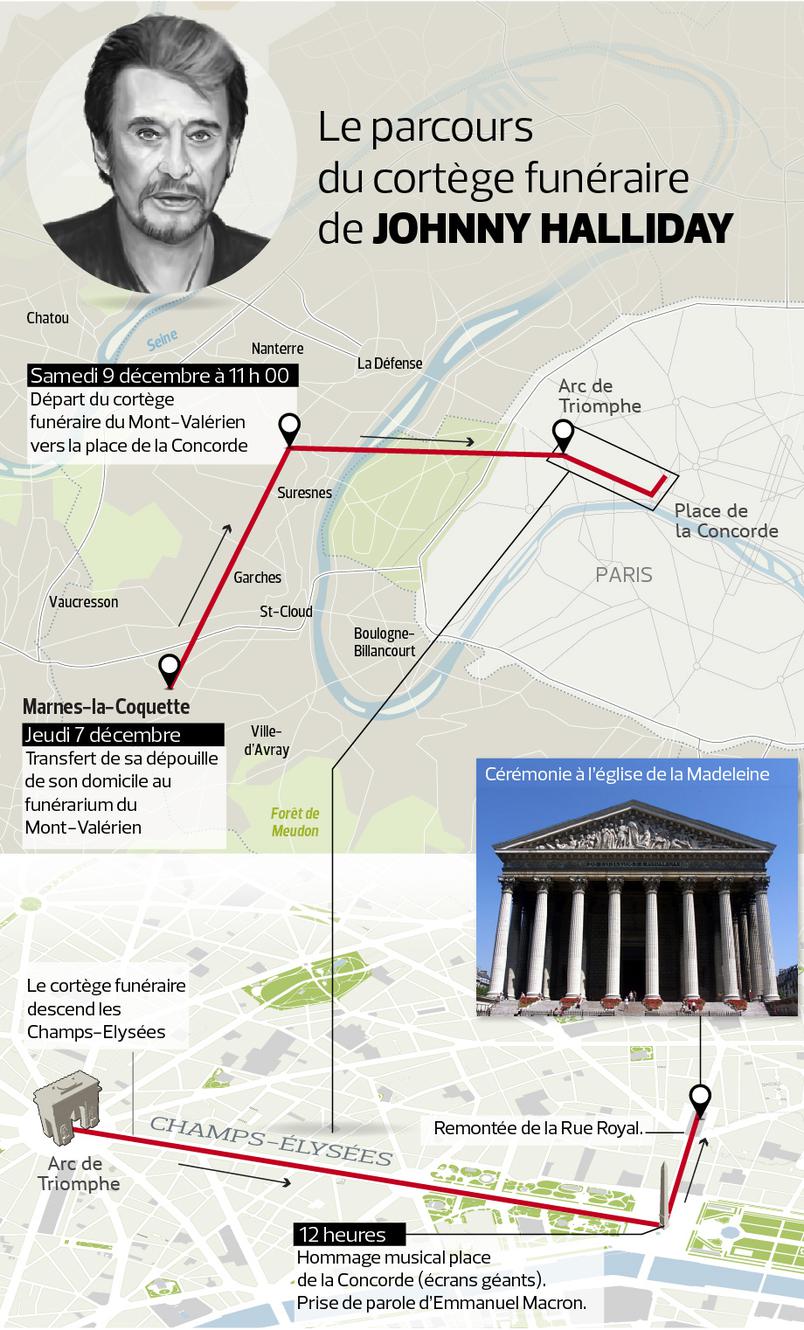 Paris mayor Anne Hidalgo said on her Twitter page that from Friday night to Sunday night, the Paris municipal will project "Merci Jonny" (Thanks Johnny) on the Eiffel Tower. 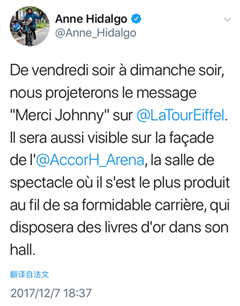