French officials said Tuesday that tougher restrictions are looming to counter an alarming surge in Covid-19 cases, with doctors warning that many hospitals are just days away from being overrun with patients. 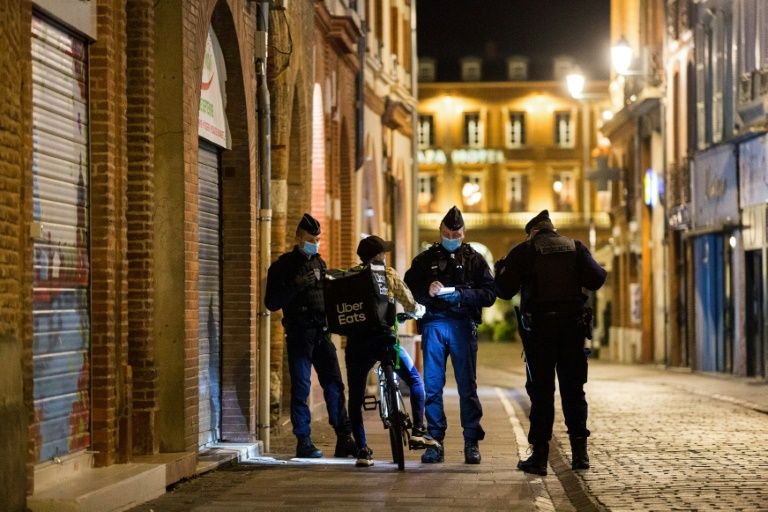 The French authorities imposed a curfew this month that now requires about 46 million people -- two-thirds of the population -- to be home by 9:00 pm (Photo: AFP)

"At some point we have to make hard choices... as our neighbours have," he said, referring to tough new measures announced for Italy, Spain and elsewhere in Europe.

The French government is loath to impose a new lockdown that would pummel the economy even harder, and business chiefs have warned a total shutdown would force another wave of layoffs and bankruptcies.

The authorities imposed a curfew this month that now requires about 46 million people -- two-thirds of the population -- to be home by 9:00 pm, as the number of daily virus cases flared.

Media reports say President Emmanuel Macron, who held a crisis meeting with ministers Tuesday, might extend the curfew hours, possibly with a full lockdown on weekends, or else order targeted lockdowns for the hardest-hit regions.

Another option could be to postpone the return of students from the autumn holiday that ends this weekend, in particular to high schools and universities.

- 'Out of control' -Prime Minister Jean Castex will meet political party chiefs and union leaders later Tuesday, ahead of another crisis meeting with Macron on Wednesday.

"I'd rather have local lockdowns now than a nationwide lockdown at Christmas," Damien Abad, parliament chief for the rightwing opposition Republicans party, said on France Info radio.

France on Sunday recorded a grim record of 52,010 coronavirus infections in 24 hours.

On Monday, it reported 258 daily coronavirus deaths, and a net increase of 186 admissions to intensive care.

That brought the overall number of people in intensive care to 2,761, nearly half the country's overall capacity of 5,800, and some hospitals have been forced to start transferring patients to less-crowded facilities.

"The outbreak is out of control," the infectious disease specialist Gilles Pialoux at Paris's Tenon hospital said on BFM television.

He urged the government to adopt "a drastic measure, call it a lockdown" for the entire country, despite the economic toll.

"The economy can bounce back, but you don't bounce if intensive care fails," he said.