WORLD 'He needed to be stopped,' says man who pursued Texas gunman

'He needed to be stopped,' says man who pursued Texas gunman 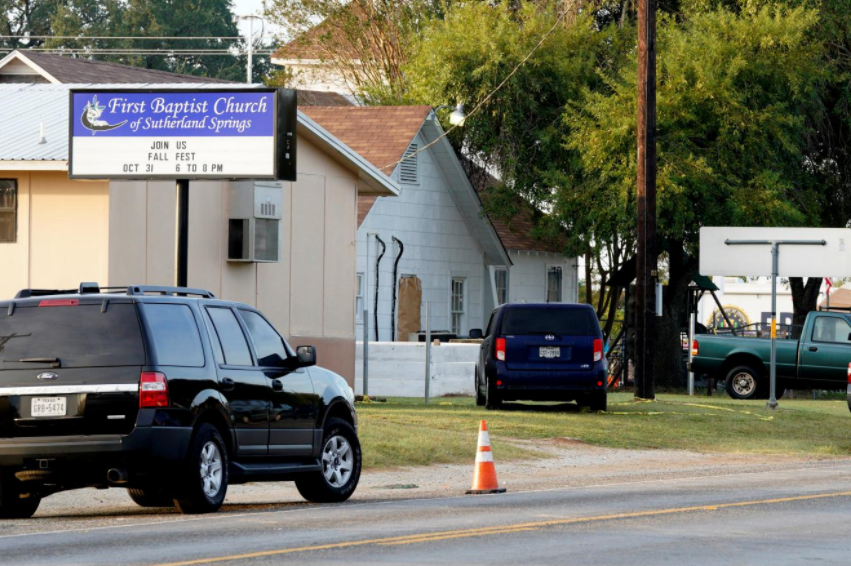 The site of a shooting at the First Baptist Church of Sutherland Springs, Texas, U.S. November 6, 2017. REUTERS/Rick Wilking

A Texas man who saw a local exchanging gunfire with the assailant who had just massacred 26 people at a small town church said he had no hesitation in pursuing the gunman because he needed to be stopped.

“That’s it. I mean that’s the bottom line, he needed to be stopped,” Johnny Langendorff told Reuters TV. “He was stopped and he’s not going to hurt anyone else ever again.”

Langendorff was driving his pickup truck in Sutherland Springs on Sunday when he saw a local man, Stephen Willeford, trading rifle fire with a black-clad stranger who had just emerged from the First Baptist Church.

“He jumped in my truck and said ‘He just shot up the church, we got to get him’ and I said ‘OK, let’s go,'” Langendorff said of his rapid words with Willeford.

“And so from there we blew through this intersection and he started going about 90-95 (miles per hour) (145-153 km per hour) keeping up with this guy,” Langendorff said.

At the time, neither of them knew they were chasing Devin Patrick Kelley, 26, an Air Force veteran who police say put on tactical gear, a ballistic vest and skull-like mask to carry out the most deadly mass shooting in the modern history of Texas.

The pursuit lasted about 10-12 minutes, Langendorff said. Then Kelley lost control and crashed into a ditch. They stopped too and Willeford trained his rifle on the disabled vehicle, Langendorff added, but the gunman never emerged.

Willeford’s cousin Ken Leonard told CNN that Willeford shot Kelley three times, once in his side where there was a gap in his vest, prompting Kelley to drop his gun and force his way into an SUV, pushing a man inside it to the passenger side. Willeford then shot Kelley twice in the neck, his cousin said.

“Stephen is the best shot that I know,” Leonard told CNN. “He without armor and barefooted ran into the fire and put his own life at risk, took return fire and fired accurately three times. That’s an amazing accomplishment, especially for a man who has, who was never in the military.”

Speaking to reporters on Monday, Freeman Martin, a regional director for the Texas Department of Public Safety, described Willeford as a good Samaritan and a “Texas hero.”

“He didn’t have to come out,” Tackitt told Reuters. “He could have stayed at his house.”