WORLD 'I hope that France will get rid of Macron,' says Turkey's President Erdogan

'I hope that France will get rid of Macron,' says Turkey's President Erdogan 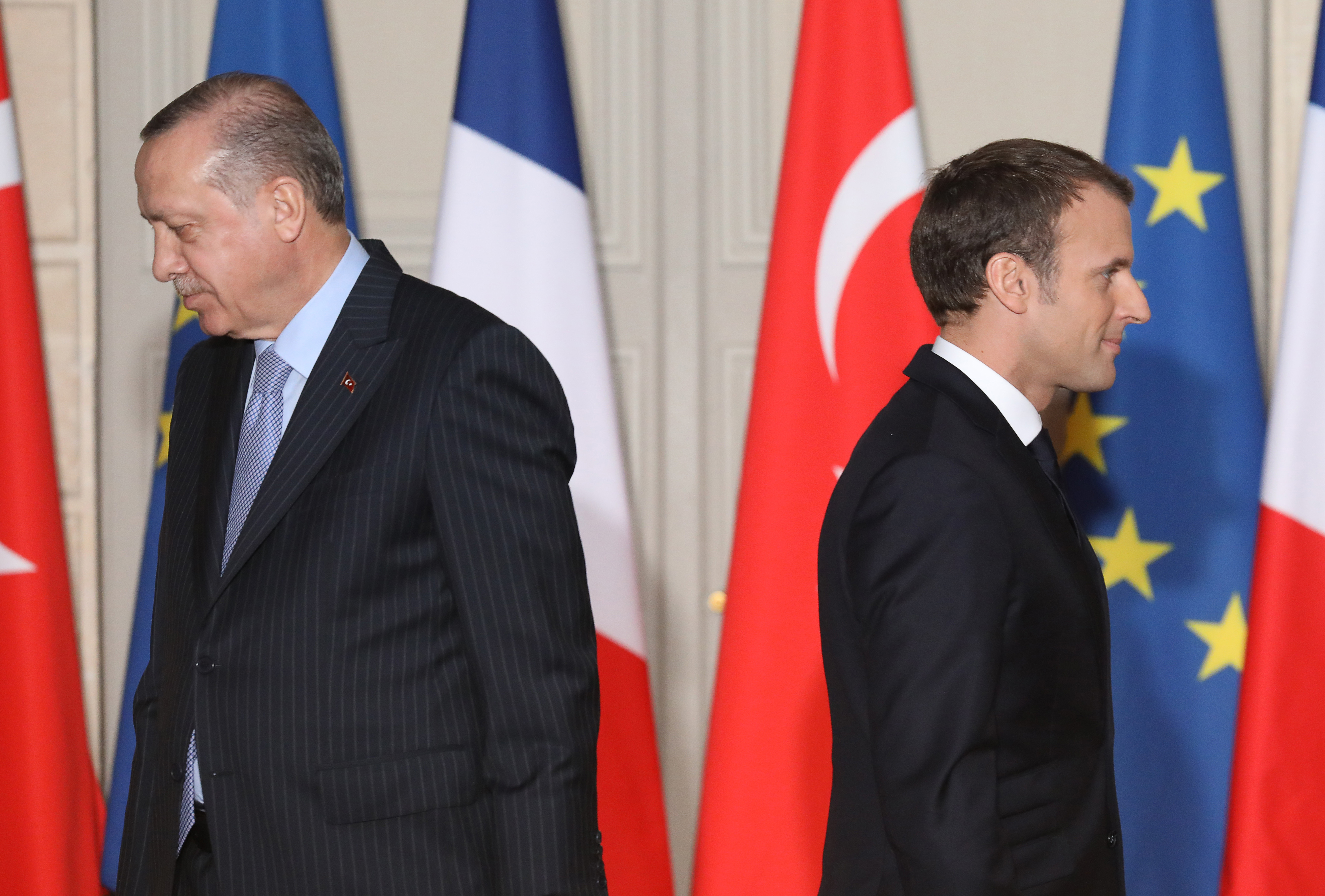 Turkey's President Recep Tayyip Erdogan says he hopes France will "get rid" of his French counterpart Emmanuel Macron as soon as possible.

Turkey and France are at loggerheads over several issues including tensions in the eastern Mediterranean and the contested Nagorno-Karabakh region.

Erdogan has now singled out Macron for criticism and suggested France will be better off with a new leader in charge to prevent tensions between the two nations escalating further.

"Macron is trouble for France," Erdogan told reporters on Friday. "With Macron, France is passing through a very, very dangerous period. I hope that France will get rid of Macron trouble as soon as possible."

France has recently moved to crack down on Islamist extremism after several attacks on French soil, with Macron claiming Islam is a "religion in crisis worldwide."

Those comments sparked an angry response from Erdogan, who has repeatedly urged Macron to get "mental checks," while urging Turkish people to boycott French products. Macron and Erdogan met at a G20 conference in June but their relationship since then has soured after a host of disputes over various issues. (Photo: AFP)

In his latest comments on Friday, Erdogan also said France should get rid of Macron "otherwise they will not be able to get rid of yellow vests," referring to the protest movement that began in France in 2018.

Turkey and France have also clashed over Nagorno-Karabakh.

France recently passed a resolution recognizing the region as an independent state, but Turkey is a long-term ally of Azerbaijan.