Neither the northern Italian chill nor the unfamiliar language has deterred a young Cuban doctor who for the past two months has been helping in the fight against coronavirus in Europe, thousands of miles from home. 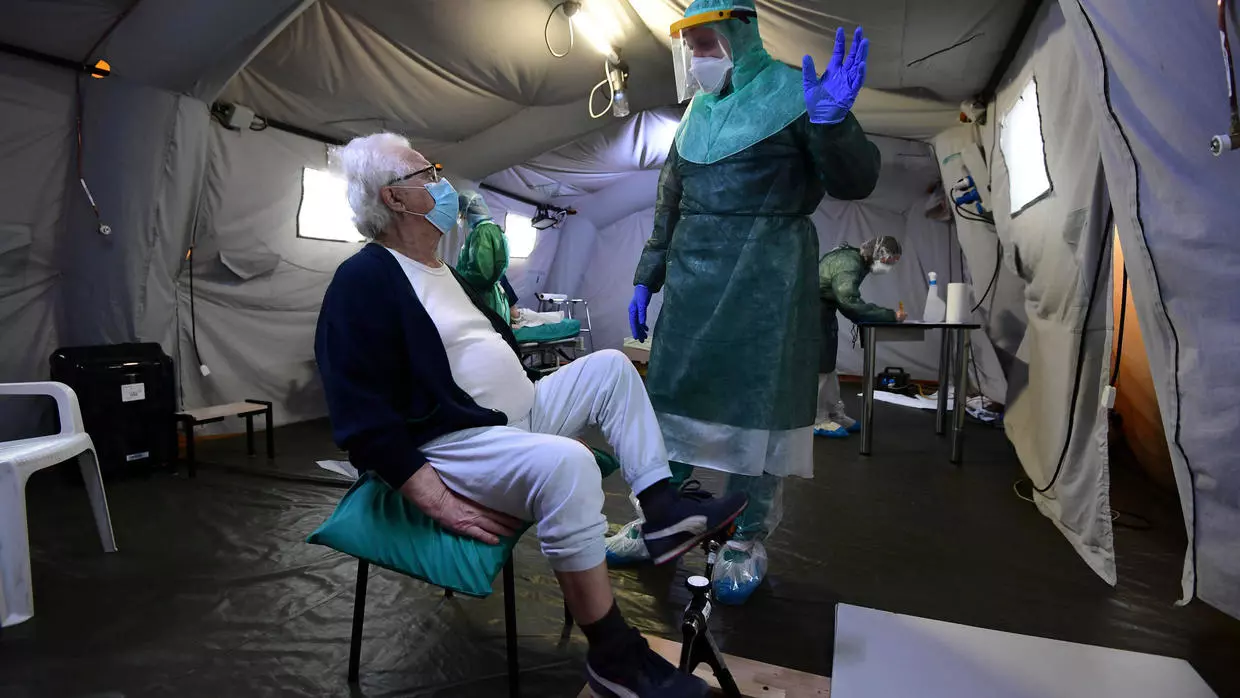 The team of Cuban medics is to stay as long as necessary in Crema to fight the coronavirus. (Photo: AFP)

Roberto Arias Hernandez, one of Cuba's so-called "Army of White Coats" sent by his country in March to help Italy battle a spiralling epidemic of COVID-19, said he and his colleagues were "simply doctors."

"Today it is our turn more than ever to play our role," the 28-year-old internist told AFP on a recent morning, before starting his shift at the Crema Maggiore Hospital in the heart of Lombardy, the region hardest hit by the virus.

Arias, who is on his first mission abroad, is part of a group of 51 other doctors and specialists, more than half of whom have experience fighting Ebola in Africa.

Their mission began on March 22, a rainy day marked by "abysmal" cold, recalled the Caribbean islander.

The group of Cubans was dispatched to the city of Crema, whose 34,000 inhabitants were suffering under a dizzying rise in the number of coronavirus cases and a seemingly relentless number of deaths.

In Lombardy, over 15,000 people have died from the virus, nearly half of the 31,610 recorded so far in the entire country, according to latest figures on Saturday.

"Fear is always felt, because you're going to fight... in the epicentre of the pandemic worldwide," confessed Arias.

"You want to do it, but you're also afraid that you won't be up to it," he said, adding that after the initial worries subsided, the team "performed quite well."

Working side by side with colleagues from the other side of the world who trained at different universities posed no problems, Arias said. In terms of technical language, "we understand each other perfectly."

Moreover, Arias said he appreciated the good humour and warmth of the Italians, even under trying circumstances.

"Italian doctors have a personality like the Cubans," Arias said. "They're cheerful, they all greet you, they thank you for being here. Some of them make jokes."

Arias, who has been working non-stop since he arrived, begins the day doing rounds, accompanied by an Italian doctor and a nurse, after the complex step of donning protective gear - a gown, mask, glasses, transparent visor and gloves.

Getting out of bed is the hardest part of the day.

"That's when you feel the fatigue. But you reactivate your neurons and you realise that you came for this and that's what you're fighting for," he said. "You take a shower and tell yourself, 'C'mon, let's do this again.'

Arias, father of an 11-month-old baby, said he has been filled with "indescribable pride" hearing Italians applauding from their balconies and windows for the doctors, nurses and health workers during the quarantine.

He has received hundreds of messages and letters of thanks, many from children. Some people in Crema, hung signs from their windows saying "Thank you Cuba," he said.

The head of the Cuban contingent, Carlos Perez Diaz, said the team would stay as long as necessary to fight the coronavirus, which is still circulating even though the number of infections and deaths have been decreasing.

"We will return to the homeland with our duty done," he said.

Even though most of the Cuban doctors are not religious, one thing Arias would like to do before leaving Italy would be to meet Pope Francis, an Argentinian who has not spared words of praise for doctors fighting the virus.

"To be able to stand in front of the principal figure on the global level who professes good, that would be really great."