WORLD 'It's all about politics': Serbians react to the Novak Djokovic Australia visa row

'It's all about politics': Serbians react to the Novak Djokovic Australia visa row

"A Scandal Of An Epic Proportions," "Novak Ain't Going To Go To The Jail," "Crucial 48 Hours Are Ahead." Those are just some of the Serbian media news headlines on Friday afternoon as the nation monitors the developments in Australia, wondering what's going to happen to national hero, tennis star Novak Djokovic.

The world number one men's player has had his visa revoked by Australia for a second time and is set to be detained on Saturday, in a row over his right to remain in the country unvaccinated.

The decision on "health and good order" grounds means he faces deportation and a three-year visa ban, although he is still scheduled to play in the Australian Open in Melbourne on Monday, where he was hoping to make history and claim a 21st Grand Slam title.

"There has to be some respect to him, to Novak Djokovic, because he's the icon of Serbia, of the Balkans and Europe. This wouldn't happen if [Spanish tennis star Rafael] Nadal did the same," says Bojana, a civil engineer from Belgrade. "I don't like this at all. It is all about politics. And Novak would suffer the most consequences." 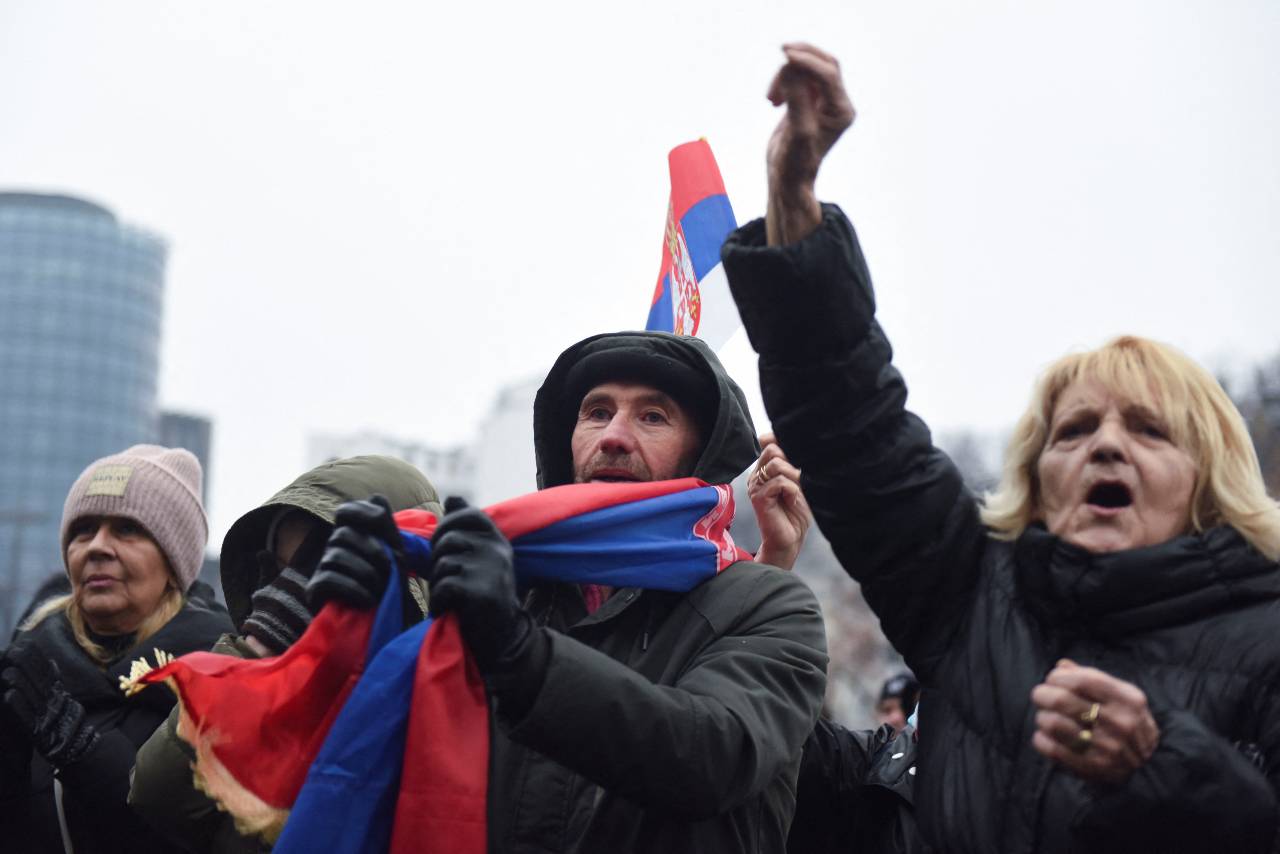 Zvonko, an elderly gentleman from Mostar, thinks there is shared guilt for the situation. "It is because the politics entered the sports. But he's to blame, too, because he didn't take the vaccine."

Many in Serbia believe this decision has nothing to do with Djokovic's alleged breaching of Australia's immigration rules but is politically motivated. As a result, close attention has been paid to the statements of Australian Prime Minister Scott Morrison, with some believing Djokovic's case is being used to improve his political position ahead of the national elections.

There's also a belief the Australian government is trying to refocus the public away from an unprecedented spike of new COVID-19 cases to Djokovic's refusal to get a vaccine.

Earlier on Friday, Serbian state-owned TV interrupted its usual programing to go to a live report from Australia following the decision of the Immigration Minister, Alex Hawke.

The news to revoke Djokovic's visa wasn't unexpected in Serbia. Local media had been speculating the outcome for days.

But many in the country will stay glued to news channels over the weekend as they wait to see whether the country's sporting hero will be allowed to participate in the Australian Open next week.