'It's your story-don't lose it,' UNESCO says marking World Day for Audiovisual Heritage 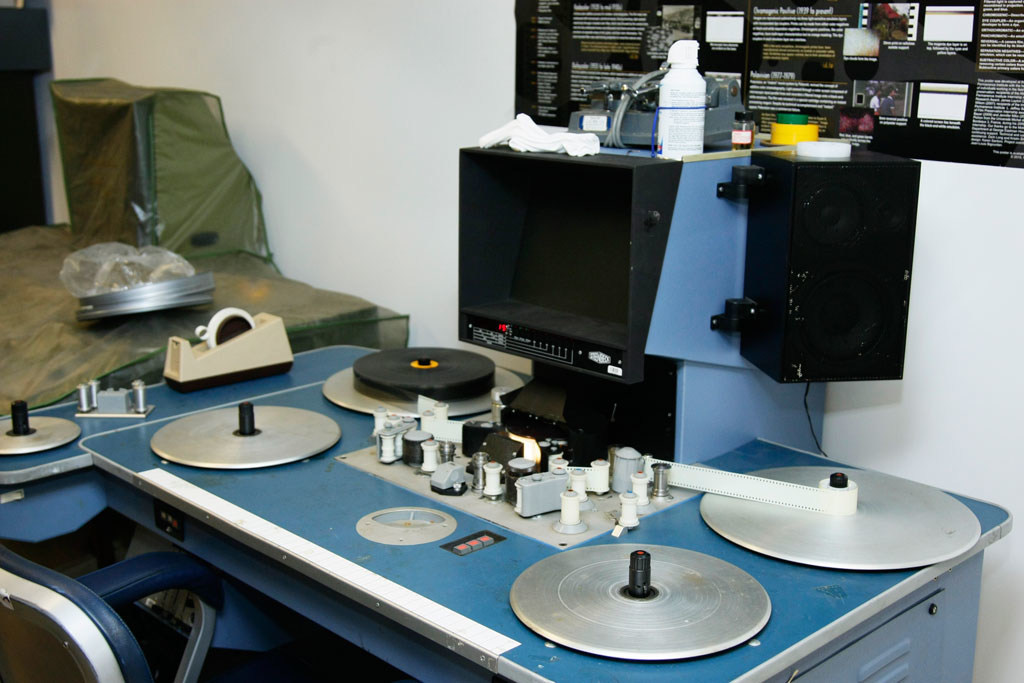 "Moving images, with sound recordings, are important records of our lives, holding much of our personal and social memory, essential to identity and belonging. This is why they must be preserved and shared as part of our common heritage,"Irina Bokova said in her message on the World Day for Audiovisual Heritage, marked annually on 27 October.

The World Day marks the day in 1980 when the UNESCO General Conference adopted the Recommendation for the Safeguarding and Preservation of Moving Images – the first international instrument on the cultural and historical importance of film and television recordings, calling for decisive steps for their preservation. The theme his year is 'It is your story – don't lose it.'

Camera test being made in June 1957 in preparation for a television program at UN Headquarters on the UN Emergency Force. (UN Photo/MB)

The Director-General said:"The stories told by this heritage are powerful expressions of culture and place, weaving together personal and collective experience, reflecting the search for meaning shared by all. This heritage provides an anchor in a world of change, especially for local communities, providing records of cultural activities, reflecting the great diversity of expressions."

Audiovisual heritage provides an anchor in a world of change, especially for local communities, providing records of cultural activities, reflecting the great diversity of expressions, continued Ms. Bokova, adding:"Promoting cohesion, archives are also integral to debates about future priorities, by preserving the diversity of stories and helping future generations understand what came before them."

Noting that archives are humanities memory bank and that especially in remote areas, they are in desperate need of preservation, the UNESCO chief called upon the archival profession, public and private organizations, and all relevant actors, to take urgent action to safeguard audiovisual works and records as an integral part of our shared heritage.