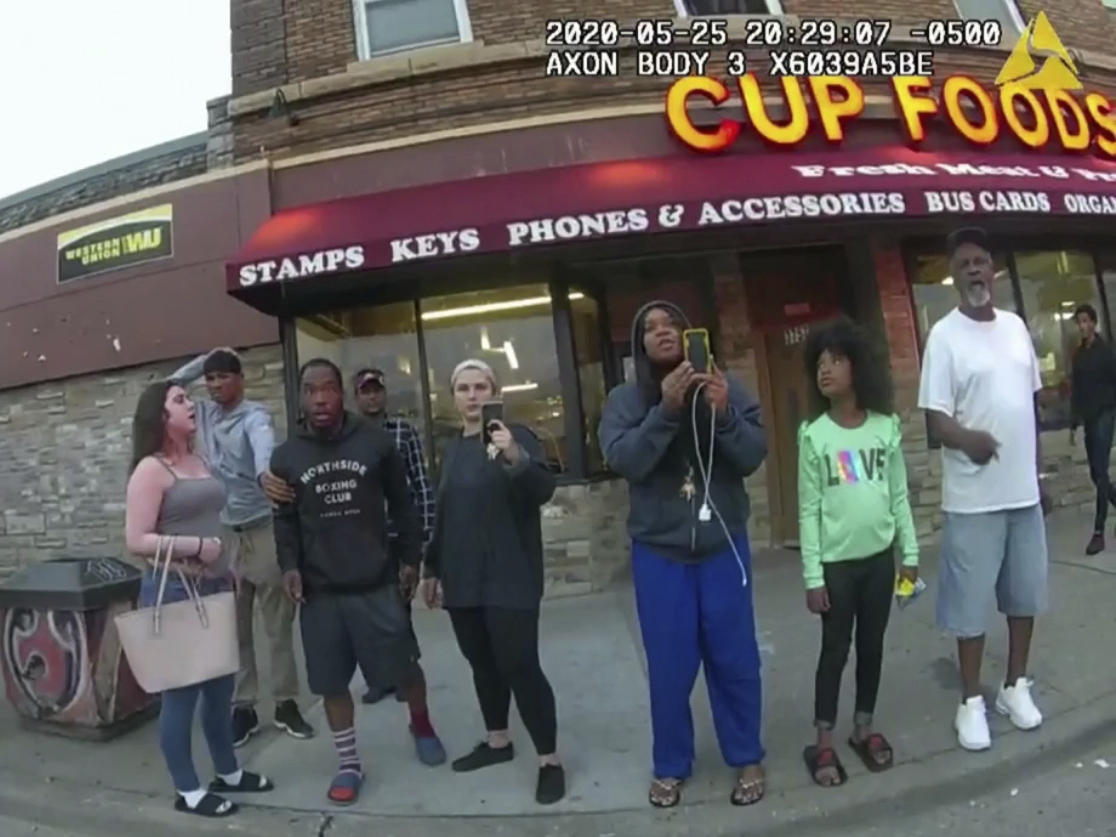 This image from a police body camera shows people gathering as former Minneapolis police officer Derek Chauvin was recorded pressing his knee on George Floyd's neck for several minutes as onlookers yelled at Chauvin to get off and Floyd said that he couldn't breathe on May 25, 2020 in Minneapolis. (Photo: AP)

The teenager who took the viral video of George Floyd's death said Tuesday at the trial of the white police officer charged with killing the 46-year-old Black man that she knew at the time "it wasn't right."

Darnella Frazier, 18, was among the witnesses who gave emotional testimony on Tuesday at the high-profile trial of former Minneapolis police officer Derek Chauvin.

Chauvin, 45, is charged with murder and manslaughter for his role in Floyd's May 25, 2020 death, which was captured on video by Frazier and seen by millions, sparking anti-racism protests around the globe.

In the video, Chauvin, who was subsequently fired from the police department, is seen kneeling on the neck of a handcuffed Floyd for more than nine minutes.

Floyd, who was being arrested for allegedly passing a counterfeit $20 bill in a nearby store, complains he cannot breathe and eventually falls unconscious.

Other witnesses included an off-duty firefighter who said her attempts to render assistance to Floyd were rebuffed by police and a man who made an emergency 911 call after the incident to report a "murder."

"It's been nights I stayed up apologizing and apologizing to George Floyd for not doing more and not physically interacting and not saving his life," she said.

Frazier described Floyd as "scared" and "terrified" and "begging for his life."

Also testifying was Genevieve Hansen, 27, a Minneapolis firefighter and emergency medical technician (EMT) who was off-duty and out taking a walk in the neighborhood the day of Floyd's arrest.

Hansen said she identified herself as a firefighter to police on the scene because she "noticed he needed medical attention."

"He wasn't moving and he was cuffed," she said.

Hansen, who testified wearing her white firefighter's uniform with a black tie, said a police officer rebuffed her offers to help, leaving her "totally distressed."

"I was desperate to help and wasn't gaining access," she said. "I don't know if you've seen anybody be killed but it's upsetting."

Another witness said he called 911 after an unconscious Floyd was taken away in an ambulance.

"I believed I witnessed a murder," Donald Williams, 33, a mixed martial arts instructor, told the court. "I didn't know what else to do."

Williams said Floyd was already in "danger" when he arrived on the scene.

Williams said Floyd was being held by Chauvin in a "blood choke" used in wrestling or martial arts.

Portions of his recorded 911 call were played in court.

"He just went and killed this guy," Williams said in the call. "Murderers, bro… they just killed that man in front of the store."

Asked who he was referring to, Williams said "the officer sitting over there" and pointed to Chauvin. 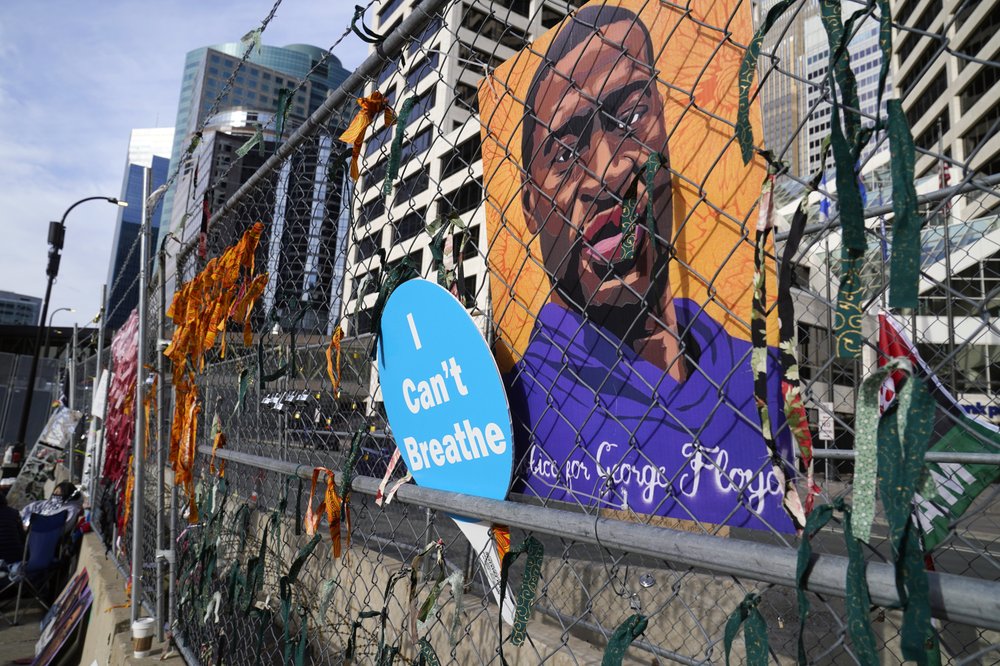 A picture of George Floyd hangs on a fence outside the Hennepin County Government Center, Tuesday, March 30, 2021, in Minneapolis where the trial for former Minneapolis police officer Derek Chauvin continues. Chauvin is charged with murder in the death of Floyd during an arrest last May in Minneapolis. (Photo: AP)

Under questioning from Chauvin's defense attorney, Eric Nelson, Williams acknowledged that he called Chauvin and the officers names at the scene.

"They were not listening to anything I was telling them," Williams said. "I had to speak out for Floyd."

The video of Floyd's death has been played repeatedly for the nine-woman, five-man jury at Chauvin's trial.

Prosecutors are seeking to demonstrate that Chauvin had no justification for using a dangerous neck restraint on a compliant Floyd.

Chauvin's attorney claimed in opening arguments that Floyd's death was caused by a combination of illegal drugs and a medical condition rather than asphyxiation.

"You will learn that Derek Chauvin did exactly what he had been trained to do," Nelson said.

Chauvin, a 19-year veteran of the police force, faces up to 40 years in prison if convicted of the most serious charge -- second-degree murder.

The trial is expected to last about a month.

Three other former police officers involved in the arrest -- Tou Thao, Thomas Lane, and J. Alexander Kueng -- are to be tried separately later this year.