WORLD 'Italy not a problem' for EU, says finance minister

'Italy not a problem' for EU, says finance minister 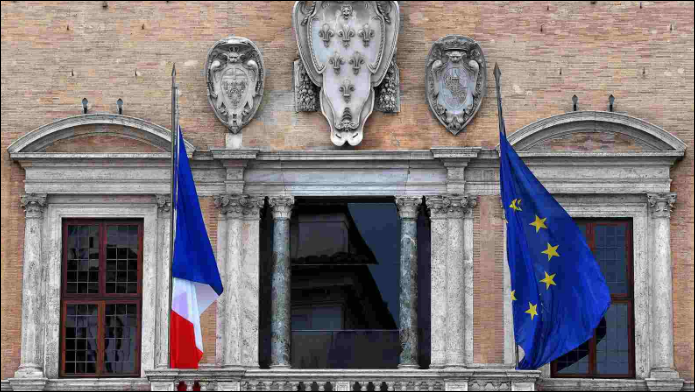 Italian Finance Minister Giovanni Tria said Thursday that his country was "not a problem" for the European Union (EU), which he claimed could benefit from Rome's new budget strategy.

"Let me be clear, Italy is not a problem. Let us not confuse political tactics with the facts," Tria said, after the rejection by Brussels on Tuesday of the proposed 2019 Italian budget.

"We are convinced that Europe can benefit from our strategy," he told journalists in Paris, reiterating that Italy did not pose "a threat to the eurozone."

"Since we want to stay in the euro, our only path is a contained, responsible deficit next year to give the proper boost [to the economy] and ensure our capacity to reduce our debt," he said.

He also rejected criticism of the new populist government in Rome.

"We simply cannot accept declarations stating that Europe, or some member states, should now be paying the Italian debt. The Italian debt is a matter for Italians only."

The European Commission on Tuesday rejected Italy's draft 2019 budget, the first time the EU executive has ever sent a member state back to the drawing board over spending plans.

Italy's government has said it will stick to a deficit target of 2.4 percent of annual economic output next year, which would be triple the amount forecast by the previous government and approach the EU limit of three percent.

In turn, it would aggravate Italy's already huge debt mountain, at some 130 percent of GDP, way above the EU's 60-percent ceiling and second only to Greece's in Europe.

As one of the founding members of the EU, Tria stressed that "we Italians also built this house. If Italy grows, Europe as a whole gains stability and can profit from it."

Italy has entered "a phase of dialogue" with the Commission, he said, which has given Rome three weeks to submit a revised budget.

"I'm still confident an agreement will be found," he told journalists at his ECB press conference.