WORLD 'Lies must not be spread,' says Japanese expert on Nanjing Massacre

'Lies must not be spread,' says Japanese expert on Nanjing Massacre 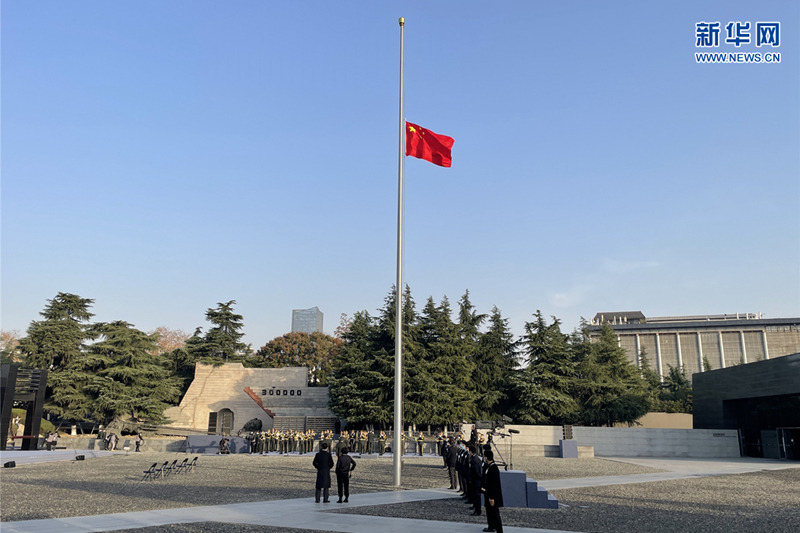 TOKYO, Dec. 13 (Xinhua) -- "As a human being, I do not like telling lies, let alone have lies about history spread. A country that hides the truth from the public is on to the wrong track. This is the pre-war lesson for Japan," said Tokushi Kasahara, a Japanese expert on the Nanjing Massacre.

He hopes that Japanese politicians and people would pay more visits to Nanjing to learn the truth, reflect on the historical wrongdoing and prevent the recurrence of the war tragedy through correct historical education, Kasahara has told Xinhua lately.

Kasahara began to study the history of Nanjing Massacre in the wake of the textbook lawsuits by Saburo Ienaga, his university teacher. As a well-known historian, Ienaga mentioned the Nanjing Massacre in "New Japanese History," a textbook he wrote for Japan's high school students.

The Japanese education ministry, however, requested Ienaga to revise and delete related descriptions in the book during examination. Ienaga refused to compromise and sued the Japanese government on the grounds that the examination "violated the constitution and the basic law of education."

In order to support his teacher, Kasahara went to Nanjing to make on-the-spot investigations before testifying in court, and finally helped Ienaga win part of the case.

During the interview, Kasahara displayed some of his books. "This is 'The Nanjing Incident' published in 1997. People still buy it nowadays and more than 100,000 copies have been sold," he told Xinhua, holding up a red-cover copy.

Kasahara's non-stop research and speaking up for the truth has made him easy prey for the Japanese right-wing forces. "Shortly after I transferred to Tsuru University, right-wing street trucks ran around the city, clamoring over their loudspeakers. Harassment like this continued for a month, but I was unmoved, which eventually made them give up and leave," he said.

"The scary part was that some right-wingers would use violence. I was never hurt, but my research partner has been attacked," said Kasahara.

In order to protect himself, the professor has always taken necessary precautions in daily life. While waiting for a bus on the tram platform, he never stands in the front row in case someone suddenly pushes him down from behind; staying home at night, he closes the curtains to avoid being likely shot from a distance; strolling along the streets, he always heed the headlights from behind so that he can sidestep.

Nowadays, some right-wingers are still threatening Kasahara via email and fax, or by leaving messages on the internet. With perfect composure, Kasawara said: "Most people choose to keep silent after being threatened, but I think the most dangerous thing is to shut up immediately once you are intimidated. So I kept writing books and speaking up. I choose to speak when I can, although my power is limited."

Kasahara does not stand alone in the face of threats. "Some people invited me to give lectures and public speeches, some people bought and read my books, and some newspapers published articles I wrote about the Nanjing Massacre. I am confident and can feel that they all support and trust me in their own way," he said.

Sadly, following the right-wing conservative line, the narrative of the history of World War II in Japanese society has deviated from the historical truth, downplaying or even whitewashing Japanese war crimes.

In this regard, Kasahara considered it imperative for the Japanese society to adopt an objective view in historical education so as to put Japan-China relations back on the right track.

Only by reflecting on its history of aggression and telling the younger generation the truth about history by enhancing education can the recurrence of the tragedy of war be avoided. And the younger generation, fortunately, has access to real history through the internet and other sources, said Kasahara.

He voiced hope that some Japanese politicians, who has kept using various means to distort and glorify its history of aggression, can muster the courage to go to Nanjing to know about the historical truth.

"I hope that someone like then-German Chancellor Willy Brandt will appear in Japan," said Kasahara.