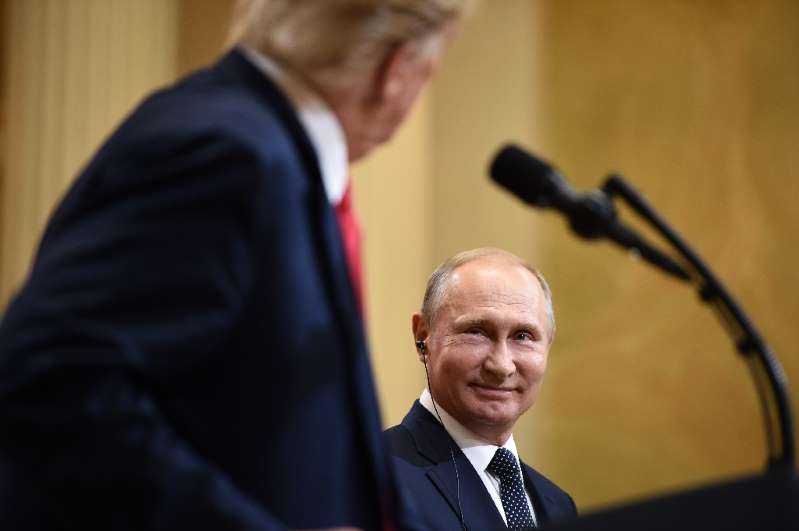 After this meeting in Helsinki in July, 2018, US President Donald Trump (L) was criticized at home for failing to publicly address sensitive issues with Russia's President Vladimir Putin (R). (File photo: AFP)

A "long and substantial" meeting could take place "on the sidelines of the G20 (summit)" that starts on November 30 in Argentina, Kremlin adviser Yuri Ushakov was quoted as saying.

He added that the terms of the talks are still being decided by Washington.

Ushakov said a meeting is also planned in Paris on November 11, where both leaders will attend a ceremony marking the end of World War 1.

But he said the Paris meeting will be "short".

Putin and Trump last met in Helsinki this summer, after which the US leader was criticised at home for failing to publicly address sensitive issues with the Russian leader.

Moscow-Washington ties are under deep strain over accusations of meddling in the 2016 US presidential election. The two states are also at odds over Russian support for Bashar al-Assad's regime in Syria's civil war, and the conflict in Ukraine.