WORLD 'Medicare for All' is driving a wedge through labor movement

'Medicare for All' is driving a wedge through labor movement

Democratic presidential candidates’ plans to provide “Medicare for All” are driving a wedge through the labor movement, pitting union against union and fracturing a powerful constituency as the primary barrels toward heavily organized states. 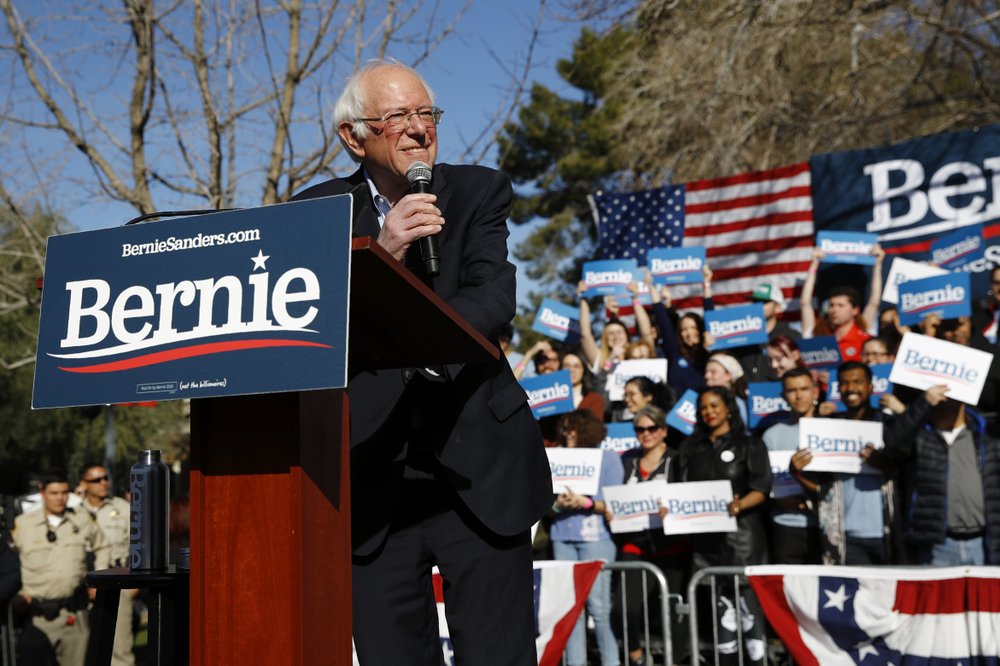 Big labor largely supports a push for universal health coverage, but some unions — particularly those who have spent years bargaining for strong health benefits — tend to back an incremental approach over a dramatic switch to government-run health insurance that would abolish their union plans.

The dispute has for months created friction between Vermont Sen. Bernie Sanders, Medicare for All’s chief backer, and some unions. But the fight broke open this week as Sanders campaigned in Nevada, the first primary contest in a state where unions carry sway. It’s a rift almost certain to intensify as voters in California, and laterMichigan, weigh in, creating a potential hurdle for Sanders as he tries to win working-class voters.

“We want to keep the union (health care),” Gary Morris and his wife, Mamie, said almost in unison this week as they waited in line to vote early. Gary Morris, a 61-year-old doorman at a Las Vegas casino, clutched a union scorecard that warned about Sanders’ health care plan and listed several Sanders rivals as his favorite choices. “That’s a big thing.”

Nevada’s most powerful union, the 60,000-member Culinary Workers Union, did not endorse any single candidate ahead of the state’s caucuses Saturday. But the union, which offers top-shelf health benefits, has made its opposition to Sanders’ health care plan known.

“We fought so hard, and everything we got here in Las Vegas has not been delivered to us,” said Geoconda Argüello-Kline, Culinary’s top official, pointing to photos of decades of strikes as she stood in its meeting room after an event with female housekeepers hearing from presidential candidates. “It’s not been easy for us. We’ve had rallies, civil disobedience. People have been beaten up on the picket line.”

Culinary last week circulated a flyer listing candidate positions on several issues, including health care. For Sanders, it wrote that the Vermont senator would “End Culinary Healthcare” and “Require ‘Medicare for All.’” In contrast, for most other candidates, the union wrote “Protect Culinary Healthcare.”

The flyer generated a vicious backlash from Sanders supporters, who Argüello-Kline said deluged her with death threats and posted her home address online. Argüello-Kline, a Nicaraguan immigrant, said that, for the first time in her career as a union activist, her children worried about her safety.

On Wednesday, Sanders was the lone Democratic presidential contender trying to win Nevada who did not show up to a Culinary picket outside a casino. At the debate hours later, he defended his plan and said he admired Culinary.

“I will never sign a bill that will reduce the health care benefits they have,” Sanders said. “We will only expand it for them, for every union in America.”

Sanders’ fight with the Culinary Union is emblematic of a broader fight in the movement over whether to bargain for the specific interests of their members or the good of all workers.

Labor supporters of Medicare for All say all workers, even those with strong insurance plans, should be in favor of expanding access to coverage.

“This debate is over. There’s a broad acceptance that the only solution is Medicare for All,” said Marc Dudzik, national coordinator of Labor Campaign for Single Payer, which claims 15 national unions in its coalition. “We’ve got to take health care off the bargaining table.”

“It’s a cooperative and it’s run by the members, so any time they hear someone say they’re going to take away their health care — which they like — it’s a problem,” McGarvey said, adding that people who claim to speak for organized labor as a whole don’t speak for his members.

Shaun Richman, program director of the School of Labor Studies at the State University of New York-Empire State, said that most unions have had to trade wage increases for health coverage as the cost of medical care has risen. They generally experience employer-based health insurance as an obstacle in negotiations.

“Most union leaders want to get employers out of the business of providing health insurance, but you’ve got a few for whom the system works, so they view it as they’ve got something to lose here,” Richman said.

The Culinary Union has long been proud of its generous health plan, which members get without needing to pay premiums and includes medical staff and a clinic accessible only to union members and their families.

Tension with the Culinary Union has created an opening for Sanders’ rivals. Former South Bend, Indiana, Mayor Pete Buttigieg released a Nevada ad promising to let union members keep their health care plans. He tweeted: “There are 14 million union workers in America who have fought hard for strong, employer-provided health benefits. Medicare for All Who Want It protects their plans and union members’ freedom to choose the coverage that’s best for them.”

That drew a heated response from Sara Nelson, president of the Association of Flight Attendants. “This is offensive and dangerous,” she tweeted. “Stop perpetuating this gross myth. Not every union member has union healthcare plans that protect them.”

And, highlighting the divide in labor, another Las Vegas local, the Service Employees International Union, issued a statement defending Medicare for All.

“I want one that supports our health insurance,” Orozco said. “It’s much better for my whole family.”

Still, Culinary has plenty of Sanders’ fans, like Jose Alvarez, 57, who works in room service at another casino. He said that 36 bartenders were just let go because their jobs were automated.

“What if you lose your job? What if you get fired? People aren’t thinking outside of the box,” Alvarez said. “Everyone should be covered.”