The UK and India announced $1.39 billion of private-sector investment and committed to seeking a free trade deal as part of what British Prime Minister Boris Johnson called "the beginning of a new era" in the two countries' relationship. 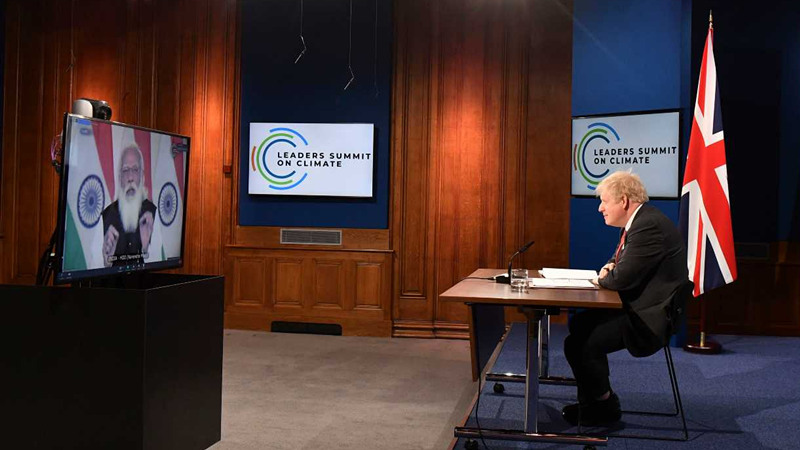 The announcement came after Johnson held a virtual meeting with his Indian counterpart Narendra Modi – Johnson's planned trip to India was called off because of the COVID-19 situation.

The aim had been to forge closer ties as Britain seeks new trading partners after leaving the European Union.

The two powers made agreements on migration, trade, health and defense, with British authorities announcing deepening cooperation regarding weapons development and maritime intelligence.

Johnson said in a statement: "The UK and India share many fundamental values ... there is a living bridge uniting the people of our countries."

The British government set out 533 million pounds ($739m) of Indian investment into Britain, with the UK side estimating the deals would create more than 6,500 jobs in Britain.

"In the decade ahead, with the help of the new partnership signed today and a comprehensive free trade agreement, we will double the value of our trading partnership with India and take the relationship between our two countries to new highs," Johnson said.

The UK is home to around 1.6 million people of Indian descent.

British authorities announced a deal, also on Tuesday, with India to resolve long-standing migration issues. That deal will provide enhanced employment prospects for 3,000 young Indian professionals annually, in return for India agreeing to take back any of its citizens living illegally in the UK.

The announcement follows the UK sending an additional 1,000 ventilators to India. England's National Health Service, which has battled one of the worst outbreaks in Europe, is also creating an advisory group to share expertise with Indian health authorities.